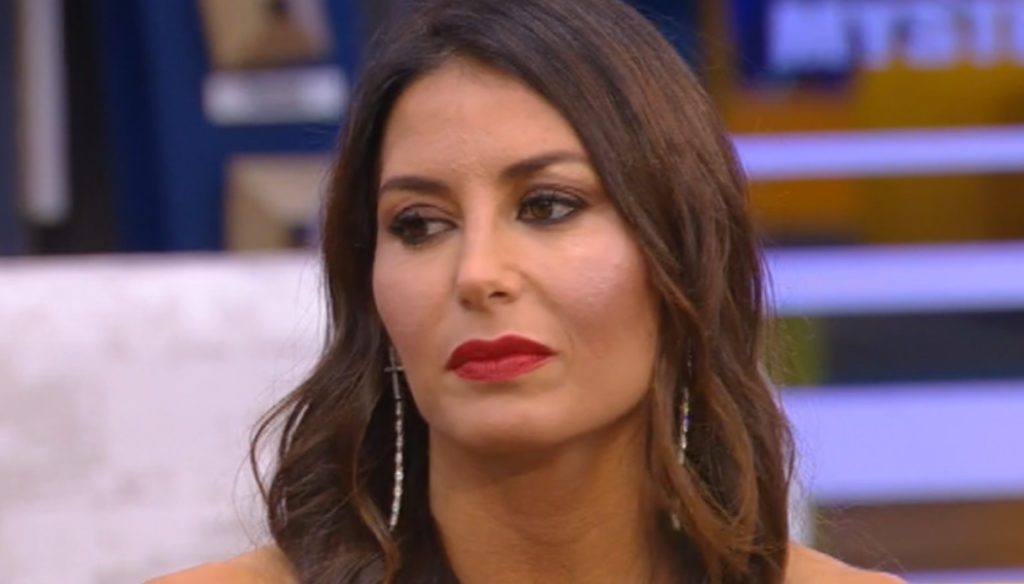 In the fifteenth episode of the "GF Vip", new clashes between Elisabetta Gregoraci and Elia, while Brosio is nominated

Strong emotions, clashes and quarrels in the fifteenth episode of the GF Vip where, one after the other, the masks are falling. Masterfully leading the show, once again, Alfonso Signorini, who demonstrated his talent, passing from the emotion for Gigi Proietti to the joke of Barbara D’Urso, always with great delicacy.

Let's find out our report cards for this episode of GF Vip.

ALFONSO SIGNORINI – A friend, more than a conductor, and a professional who has proven to know the human soul very well. Alfonso Signorini is making the GF VIP more and more his own, one episode after another. At the beginning of the episode, the journalist wanted to remember Gigi Proietti. “I want to say hello, a special memory. Like all of us, I want to dedicate a thought to the great Gigi Proietti. Unfortunately, he left us on his eightieth birthday – said Signorini -. They are all standing here in the study to greet the eighth king of Rome, as he had been defined. Great performer, extraordinary talent. I like to remember Gigi with one of his words that speaks volumes and was a manifesto of life. He always said: 'When you see someone who doesn't laugh, distance yourself a bit, I start to get suspicious'. We will always love you, hello Gigi ”. During the episode, the presenter also received a surprise: the call from Barbara D’Urso. The two, long-time friends, have organized a joke against Patrizia De Blanck, also making fun of the gossip that they would like to be rivals. VOTE: 9.

GUENDALINA GORIA – Defined by Alfonso Signorini as the "moral winner" of the GF Vip, Guenda Goria has entered the studio, speaking with sincerity. Maria Teresa Ruta's daughter was then the protagonist of a heated clash with Elisabetta Gregoraci. "I really do not like it. Her being false comes out more and more, devoid of irony, shocking – said Guenda of Flavio Briatore's ex-wife -. In its perfection there is something sinister, it is completely lacking in humanity ". Words that struck Gregoraci a lot: “You could have told me to my face, you had 50 days. These statements are strong ", he replied, but the young Goria continued:" You are always nice to everyone, but in an obsessive way, so you don't come out your true nature, very different. You should ruffle your soul: even in showing ourselves imperfect we are beautiful and you are beautiful too ". Guenda then announced the end of the story with Telemachus, who would not have supported her to the end: "We are no longer together – he announced -. There was a moment when I wanted his support, I don't mean a plane but at least a coriander. In relationships you have to be there and he wasn't there. It made me fall out of love. Now I want to turn the page and think about the future ”. Always honest, even at the cost of being uncomfortable. VOTE: 8.

ELISABETTA GREGORACI – For many it remains a puzzle and her personality is still a mystery both for the public and for the tenants of the House. At GF Vip, Elisabetta has not yet shown herself completely. Antonella Elia took it out of her comfort zone. "I didn't like your release last week at all – the showgirl began -. When you fall and take too much offense, I don't like this game anymore. What you said about me, "cat in heat", I did not like at all ". Antonella replied immediately, who did not break down: "It makes me laugh a lot" cat in heat ", because that's what you think you are. I would like that in addition to being offended by the things that are said to you, I would find the courage to show what you really are. Not that you hug a little boy by pretending a story ”. Gregoraci tried to defend herself, but in a not very incisive way: “Here we have the opportunity to hug each other, outside maybe not – she clarified -. Here everyone hugs, why am I only annoyed? ". We are sure that the real Elizabeth has not yet come out. VOTE: 5.

PIERPAOLO PRETELLI – The boy next door from GF Vip has disappeared behind Elisabetta Gregoraci. The public has discovered little and nothing about him, a real shame because Pierpaolo would have a lot to tell. "Pierpaolo no longer exists, you exist only for the scratches you do to Elisabetta but you no longer exist in the house – Antonella Elia told him -. I make an appeal: don't be fooled, his is a great performance to have a personality and a character ”. The reaction was not as strong as, perhaps, the commentator of the GF Vip would have liked and Pretelli continues to be the shadow of Gregoraci. VOTE: 5.

PAOLO BROSIO – The first days in the GF VIP House were not among the best for Paolo Brosio who, according to many tenants, showed his religiosity a little too much, only to utter a blasphemy. The out loud prayers were also criticized by Signorini: “The way I live it, as a Christian, faith does not exhibit itself, it is lived. This manifesting it every two by three, either you who say the rosary or you who teach the doctrine, as a Christian even annoys me. Pray in the secret of your conscience ”. Words that Brosio did not take well, announcing that in protest he will no longer pray. Also accused are the revelations made by Paolo to the other competitors violating the confidentiality pact. A gesture that cost him the nomination as a punishment. VOTE: 4.

Barbara Catucci
5822 posts
Previous Post
Towards a conscious and disciplined DAD
Next Post
William in the storm for his secret: Kate Middleton is with him