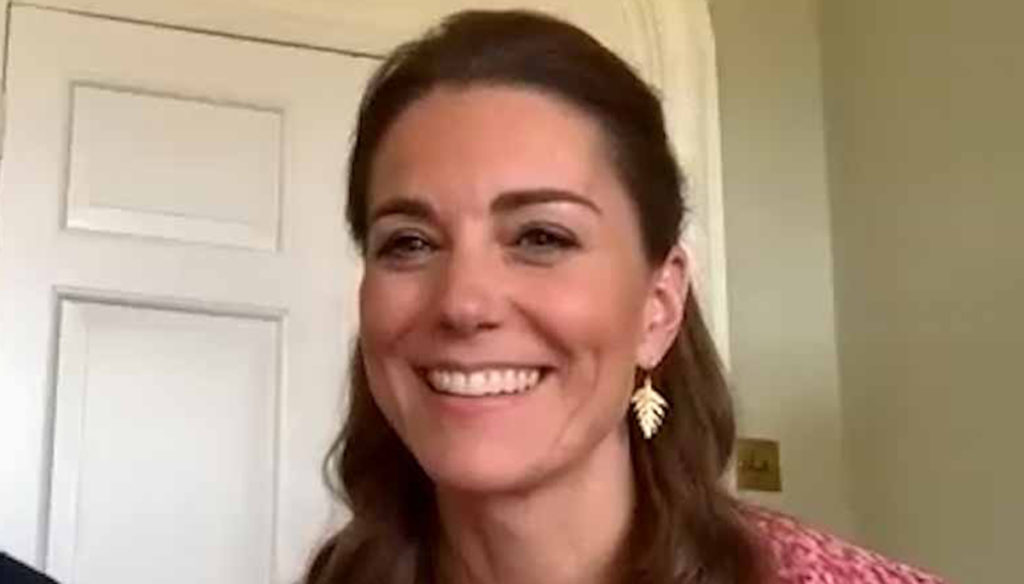 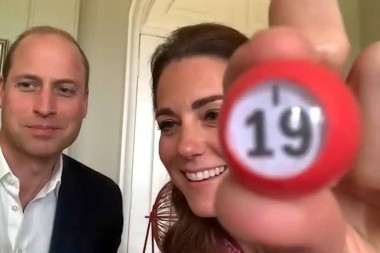 Kate Middleton and William played Bingo with some nursing home guests, of course it all took place virtually. The Dukes of Cambridge returned to the public via a video call during which Kate had the flop look forgiven.

In fact, a few days ago she appeared in chat with a red flowered dress with a white collar, with an excessively retro taste. Well, Will's wife tries again with another red floral patterned dress, but this time she enchants.

In order not to make mistakes, Kate recycles the dress of L.K. Bennett combines it with the leaf-shaped earrings by Catherine Zoraida and it is perfect. Even the hair, styled in a semi-crop, regains the usual care. Finally, curls and excessive waves disappear.

The Dukes have appeared as it has been happening lately, serene and in perfect harmony. They had fun with the guests of the facility for the elderly to play Bingo, to be precise Kate and William competed for the role of employees in the extraction of numbers. First it was Lady Middleton who hit the "58", then her husband and so on.

At the end one of the guests shouted: "I won" and the Dukes enjoyed it and applauded her congratulating her. William asked the game participants how he and his wife had managed. The responses were more than positive, although there was no lack of jokes that sparked Will and Kate's laughter.

Another success scored by the couple who abandoned the more formal behaviors to be close to people, replacing Harry and Meghan Markle in this. Just inspired by them, they changed it by personalizing the name of their Twitter and Instagram profiles.

Meanwhile, Harry thinks about his new life in Los Angeles and has also found a replacement father figure of Carlo, in David Foster, husband of a childhood friend of Meghan.