Some clues have given rise to indiscretion: was love born between Madalina Ghenea and Nicolò Zaniolo? 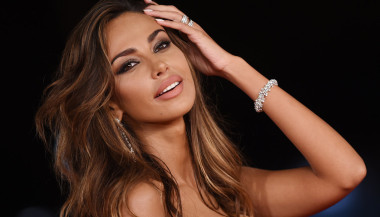 It is rumored that between the splendid Madalina Ghenea and the young footballer Nicolò Zaniolo there is something tender. A photo on Instagram was enough to kick off the rumors, and there is already talk of an alleged flirtation born very recently.

Nicolò Zaniolo, the great Giallorossi champion, had a long relationship with Sara Scaperrotta: between the two there have been many ups and downs, and in recent weeks there was talk of a definitive break. Indeed, it seems that for the Roma player there are news on the love front. According to some clues that appeared on social media, he would have a relationship with the beautiful actress and showgirl Madalina Ghenea.

Both, within a few hours of each other, shared very similar drawings between their Instagram stories, which seem to portray the two of them in intimate attitudes. Small details that have not escaped the eyes of the most attentive, and that have immediately triggered the curiosity of the fans. Is a love being born? What is certain is that, at least for the moment, neither of them has confirmed or denied the indiscretion.

On the other hand, if Zaniolo has put an end to his story with Sara (so it is rumored among the best informed), the splendid Madalina Ghenea is not currently engaged: she herself, in the spring of 2020, had declared herself single, putting an end to the numerous rumors about his sentimental situation. In the past, however, the 33-year-old Romanian has had several important flirts. She was spotted with international stars such as Gerard Butler and Michael Fassbender, before embarking on a relationship with entrepreneur Matei Stratan, with whom she had her daughter Charlotte.

After the end of the story with Stratan, the actress has ended up at the center of rumors several times – such as the one according to which she had a flirtation with Leonardo Maria Del Vecchio, heir to the Luxottica empire. But none of these had ever been confirmed. If from a sentimental point of view, Ghenea has therefore experienced a period of stasis, the same cannot be said of her career. She has taken part in several successful films, including Youth – La Giovinezza by Paolo Sorrentino, and has recently starred in Urma, a Romanian film that has found great response internationally.

Barbara Catucci
11494 posts
Previous Post
Carlo Conti is back on TV with a special edition of Your Business
Next Post
Letizia of Spain at the Cervantes Prize: very elegant in white