Sports during and after pregnancy: the study that (finally) "clears customs" 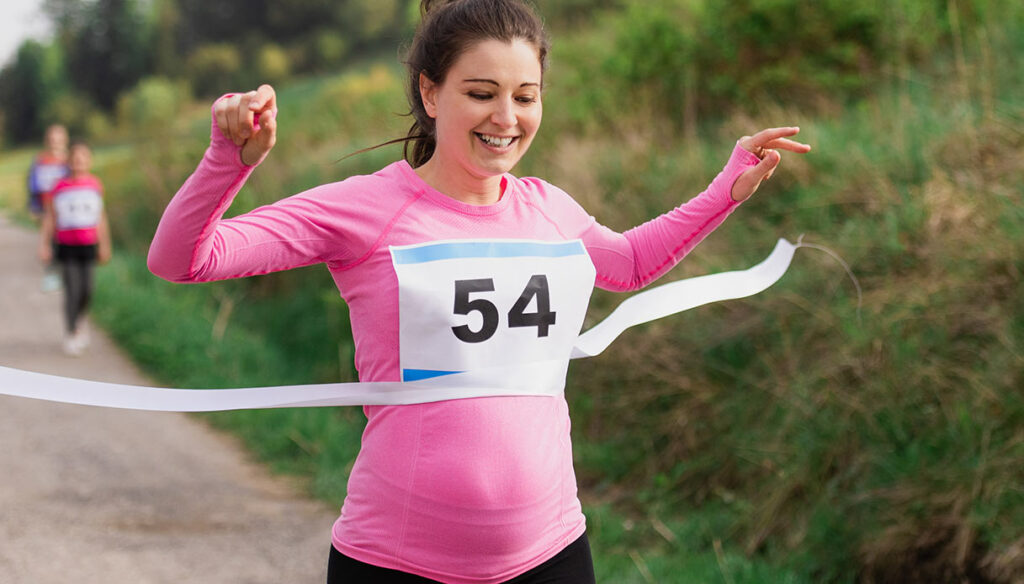 CONI and Chicco have drawn up a study on the beneficial effects that sports activity during pregnancy and after childbirth has on athletes. To confirm that it is possible, indeed it is necessary, to be mothers and athletes

Sport and pregnancy: for years women have been told how and how much the marriage was incompatible. Faithful to the ancient conception that being pregnant was equivalent to a pathology, any physical activity was forbidden. From the first day of pregnancy it was strongly advised against running, swimming, cycling, lifting weights. Forgetting, among other things, that for centuries women have worked hard (out of necessity) for nine months, reaching childbirth without problems, with some exceptions.

Times are changing and today the "mum to be", advised and assisted by competent people (doctors, athletic trainers, nutritionists) often continue to play sports even during pregnancy. But there are still many, too many, clichés and erroneous beliefs on the subject.

SPORT AND PREGNANCY: THE CONI-CHICCO STUDY

CONI and Chicco have drawn up a study on the effects that sports during pregnancy and its recovery after childbirth have on professional athletes. Then extending the discussion to sports in general. To confirm that sport is not only not contraindicated, but absolutely beneficial.
"Sporting activity, whether it is an athlete or a non-athlete woman, in the absence of pathologies, must be considered as a useful tool for protecting the health of the mother and baby. Active life and physical exercise during and after pregnancy, in safety and with the support of competent people and specific indications, means, in fact, greater health for both the child and the mother, even in the resumption of one's profession ".

SPORT AND PREGNANCY: THE DOCTOR'S OPINION

Dr. Bianchedi, gynecologist who collaborated in the study, said: "This study was created to improve knowledge on a subject that is still little known and studied and has set itself the ambitious goal, starting from the experiences of the athletes, to bring to light useful and valid conclusions also for all women who play non-competitive sports and wish to have a child. In the absence of medical contraindications, there is no reason for them to abandon their passion, just as there is no reason for a mother to overshadow their ambitions in life. There are women who have won the Olympics after becoming pregnant! From this research a strong message of empowerment emerges for all women, regardless of their profession. As an athlete, a mother and a woman, I am happy to have taken part in it and to collaborate in spreading this awareness, because I believe that the victory of a mother, in any field, represents the victory of the whole society as a whole. And as a doctor, with a thesis in gynecology, I invite all colleagues to use physical activity as a tool to give health to mothers and children ".

SPORT AND PREGNANCY: STUDY ON ATHLETES

Based on the experience of athletes of the Italian Olympic team, a study was carried out to improve knowledge on this issue, in order to draw conclusions valid for all women who wish to have a child. The data obtained from this analysis, in fact, may be useful not only for high-level athletes but also for all women who practice non-competitive sports. The goal is to determine suitable behavior patterns in the context of physical activity during pregnancy, so that future mothers can benefit from the relative benefits both in the gestation period and in the post-partum period.
The results of the research were presented on May 4, 2021 in Rome in the presence of Giovanni Malagò, President of CONI, and Claudio De Conto, CEO of Chicco (of the Artsana Group).
The study was conducted on 55 Olympic athletes who had children during their competitive careers and showed that athletes can continue to train during pregnancy by carrying out sports activities, under the supervision of professionals, in complete safety, then returning to training and competitions. at a high level.

Giovanni Malagò, President of CONI, underlined: "We are engaged in many initiatives related to the dual career, but in this case the concept is anticipated, with the aim of supporting the athlete mother through the knowledge of the stories of those who have had children and are back as a protagonist at a competitive level. The elements and data provided by this study can help accompany women along the path, supporting their action ".
Claudio De Conto, CEO of the Artsana Group, echoes him: "Let's start with the example of athletes to give a positive message to all women: their professional and personal goals are not and must not be incompatible with motherhood. Each of us can do our part so that women are no longer faced with a choice between an athlete or a mother, because an athlete can also be a mother

SPORT AND PREGNANCY: THE STUDY'S NUMBERS

A team of experts composed of 3 sports doctors, a gynecologist, two athletic trainers and a statistical analyst worked on the study (Prof. Diana Bianchedi, Dr. Erica lemme, Dr. Adele de Matti, Prof. Giovanna Testa, Cristian Borrazzo, Luca Bonaguidi, Annalisa Coltorti).
55 athletes from the Olympic national team with an average age at conception of 31.0 +/- 4.3 years (19-41) were included in the study.
The infants at birth had a mean Apgar value of 9.8, a mean weight of 3.2 kg, and a length of 51 cm. The average number of days the mother was hospitalized was 3, and new mothers breast-fed their children for 90% of cases.
The athletes returned to competitive activity on average 7 months after the birth of the child, with the first competition on average one year after birth. 50.6% of the athletes returned to international competitions. 40% of the athletes returned to the podium. 30% of the athletes have won a gold medal.

The study shows that female athletes can continue to train safely during pregnancy and after giving birth with a gradual recovery if followed throughout the course.
Many athletes after a pregnancy and with studied and dedicated workouts not only have reached the same level but have often improved their performance.
The study also demonstrates that the conscious choice of a pregnancy must be protected from all points of view and sporting activity, whether it is an athlete or a non-athlete woman, in the absence of pathologies, must be considered as a useful tool for protecting the health of mothers and babies.
Active life / training during and after pregnancy, in safety and with the support of competent people and specific indications, means greater health for both the child and the mother, therefore more strength to return to the profession, not just that of the athlete.