We want to be able to walk on the street day and night, without being afraid 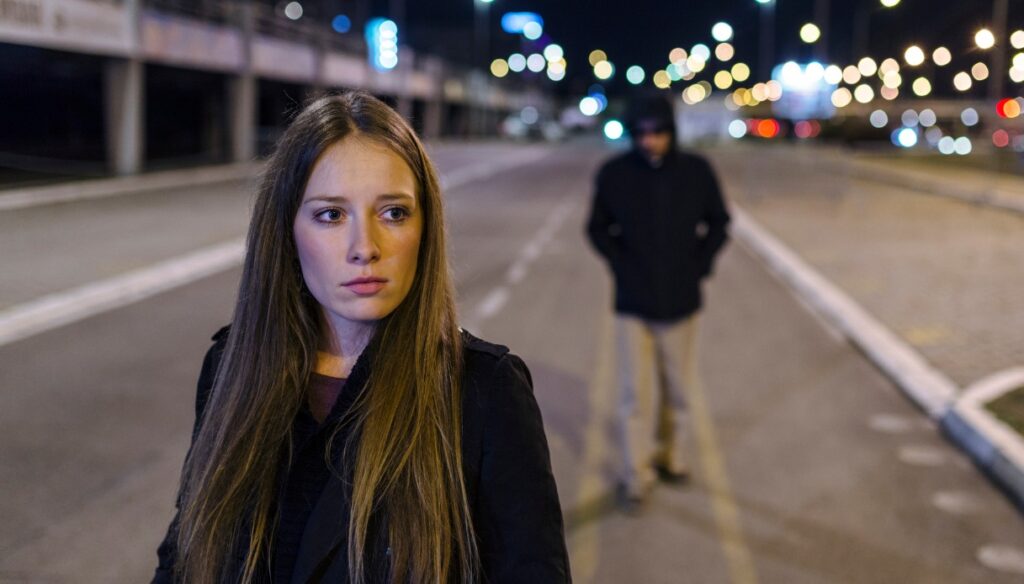 The fear of going out alone is now higher than ever: Sarah Everard's death and our "survival guide"

Themes such as freedom, autonomy and independence are always current, discussed and debated by contemporary society and, above all, by women. So why does a quick search on search engines give us the same scenario? It is enough to browse the online forums or read the comments of the news reports to discover that none of us enjoy the freedom that in reality we would like to have.

And this lack of autonomy is reflected in the simplest of daily activities, such as being able to go out alone. But since when has a simple walk on the street, after dark, turned into that terrifying feeling of being in danger?

And no, we are not in a horror film where every shadow projected on the asphalt turns into a horrible creature intent on swallowing us, because the news reports teach us that unfortunately monsters also exist in reality.

The fear of going out alone

There are many women who, today, are afraid of going out alone after dusk. And then they don't, or they ask their boyfriends and friends to be accompanied, so that the threat seems less real. But the fear of aggression or violence, that obsession that someone is following us, that increasingly fast and panting walk, are more real than anything else.

Because out there, day and night, there are those monsters who look like men but are not men. And they aim, chase and sometimes, unfortunately, reach their victim causing tragedies that do not only affect the female universe, but all of humanity.

Sarah, 33, on March 3 at 9.30pm returns home, on foot, in the Clapham area, or at least tries. The woman is kidnapped and killed, her body found days later in a wood in Ashford, Kent. The killer was found, it is Wayne Couzen, a 48-year-old police officer.

The case of Sarah Everard is just yet another accomplished tragedy. The death of the woman has shaken the United Kingdom and the whole world and has made it necessary to return to the debate on the safety of women and the deprivation of freedom that each of us suffers due to the real threat we encounter on the street, and beyond.

In London, a procession of women took to the streets at the vigil of Sarah Everard's death, to give voice to the lightning fear that is now rooted in the female universe. United for the same reason, to ensure that no more woman has to be in danger on the street, so that no one is harassed, raped, killed.

Before Couzen's arrest, the police had launched an appeal to all women asking them to stay at home and not to go out alone in the evening hours. But is this really the solution? Deprive women of their freedom, independence and autonomy for their safety?

Why should women once again be the ones paying the highest price for someone else's stock? Isn't violence enough, in all its forms, and all the privations that are fought day after day by hundreds of thousands of women? The appeal of the British police has shown once again that there is something deeply wrong with the culture and education of this society: men should be warned and punished for their violence, rather than asking women to change.

It is to the cry of this awareness that hundreds of women took to the streets in London for Sarah's memory and to defend every female right. As many have joined virtually through social networks telling stories, launching appeals, asking the state and society for security measures.

The Times reporter, Caitlin Moran, spoke about the incident, bringing to light a dramatic truth: "My day" out "ends at sunset. If I have not gone out with the dog or to run and it is dark I give up ". So women are forced into a self-imposed curfew, just for their own protection.

The issue of women's safety was also addressed in Italy and, indeed, the initiative of three young women who launched a petition on change.org to make catcalling a crime is recent. Because for a woman, a simple walk can turn into a treacherous path between men who make unwanted comments, vulgar gestures, whistles, chases and sexual harassment.

And it is from this awareness that the WannaBeSafe Italia campaign by Linda Guerrini and two other very young Italians was born. In a few days, more than 17,000 signatures were collected, a number that makes us understand how much awareness of what is happening on the street belongs to all of us. But knowing that a problem exists, and recognizing it, doesn't automatically make it go away.

That is why the petition is addressed to Parliament, so that our politicians can accept it and transform the proposal to recognize catcalling as a crime, into a law.

The rules for "survival" on the street

Speaking of rules for survival on the street is as sad as it is necessary while waiting for something to change definitively. The truth is that as long as the mindset of certain men and of society as a whole does not change, we will be forced to have to fight alone those "dangers" that exclusively concern the female universe.

Nobody will stop us from not going out on the street at night or not wearing that beautiful dress with neckline just for fear that someone will make vulgar comments, or worse, harass us, because that is not the way it has to go. However, we can follow some tips that come from the web, such as using the windows of houses in the street to check if someone is following us.

Or to pay attention to the shadows to understand if there is someone behind us and to study with our eyes the road we are crossing to find ways out if someone decides to bother us. We should also avoid using earphones, especially if they transmit loud music that would distract us from what is happening around us. The same goes for the smartphone: being on social media or writing to some friends without ever raising your head is a source of great distraction.

Another interesting tip is to keep the house keys in hand, not only to avoid looking for them once you arrive at the front door, but also to turn them into a weapon to be used in a possible attack. And then scream and defend, of course. Many recommend a kick to the intimate areas and we are nobody not to tell you not to follow this advice.

We talk about our life, the most precious thing we have. And while waiting for something to finally change, we have to fight tooth and nail to protect it. Protect us. 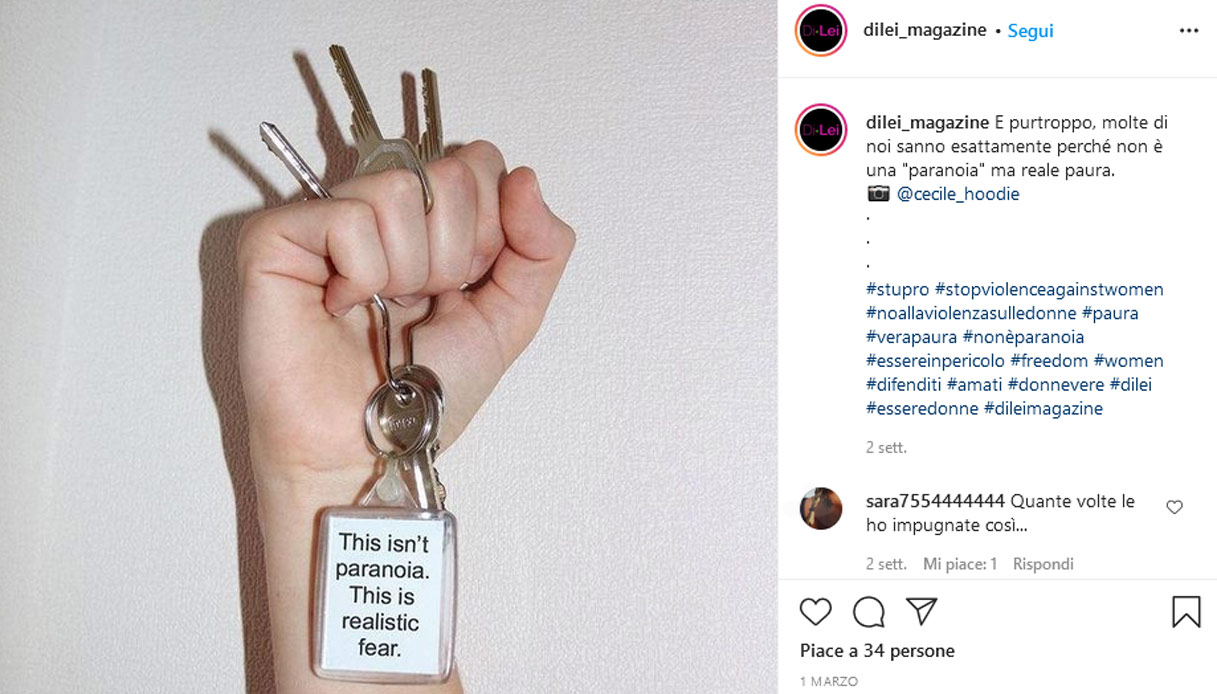 Giovanna Pirri
4810 posts
Previous Post
Gaffe on the island, Ilary Blasi awarded with the Tapir
Next Post
Valeria Graci, the comedian who does not spare Federica Panicucci