Adolescence, because it is important to look our children in the eye 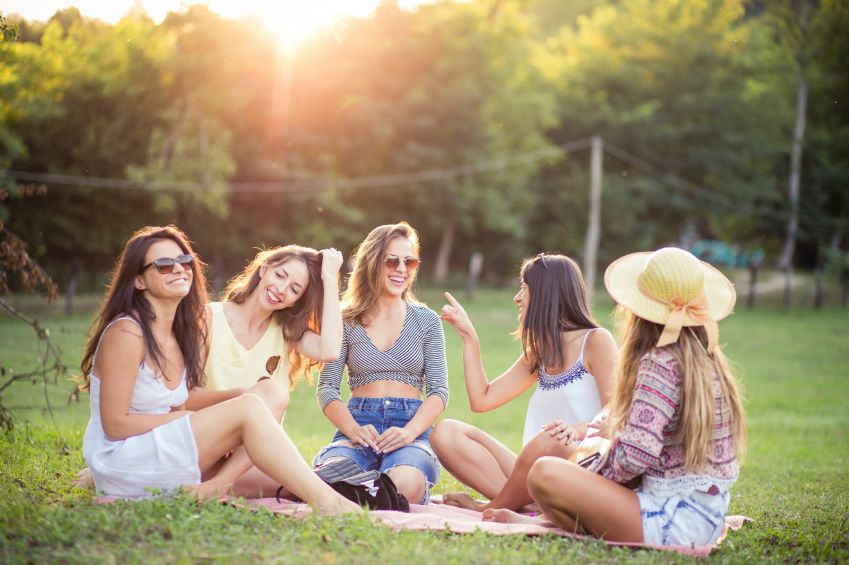 Between adolescents 4.0 and adults there is a distorting mirror. Rebels, say the great ones; adequate, says the psychotherapist Matteo Lanciniwhich in his latest book Age betrayed (Raffaele Cortina) invites parents, teachers, educators to go “beyond commonplaces” on generation Z, as the subtitle of the essay says.

Because it is a generation that has nothing to do with the past ones, and as such it cannot be “drowned” in a sea of ​​old clichés, he explains to Feel good.

Doctor Lancini, in fact, you speak of a betrayed age …

Yes, there is an obvious contradiction in the educational models. Children today grow up in an adultized system: from an early age we ask them to show us their interests, we enroll them in sports / recreational activities based on their talents and intentions, we encourage them to socialize as much as possible. It is a form that favors the creativityself-realization and the anticipation of personal and relational experience.

Then the change of gear with adolescence, when family and school make them little again. And they deny that 14-year-old teenagers already have a lot of experience, trying to block them with rules and stakes, in an attempt to regain control of it. But what an ambiguous confusion! We ask children to grow up in a certain way, they do it by adapting to our requests, and then we treat them like aliens.

The reason for the contradiction?

Adolescence is a second birth, the child in finding his own identity and place in the world becomes himself and other than the parent. But instead of enjoying little men and little women who are formed as we wanted them, more independent, able to decide what they want to do, less submissive, we do not suddenly tolerate their identity autonomy. All because that son wants to make study choices that, perhaps, displace us: but until now we have not encouraged him to fulfill himself according to his wishes? All because that son goes out too much: but as if he didn’t have to miss a sleepover at the age of three? For that son, the image is everything: but didn’t we dress him in fashion already in elementary school? If we see them without limits in every field, it is to discharge our responsibilities. As if disappointment and a sense of guilt for the educational style adopted up to now, and the limitations of a society that we ourselves have helped to create, emerge in the disapproval.

Where does the misunderstanding come from?

Even if the very young adhere to the family, social and cultural demands absorbed in childhood, parents and educational institutions believe they are still dealing with oppositional, transgressive adolescents. But this category has long since disappeared from the family table and the school desk. Kids still do their usual job today, evolve as individuals, but their affective, psychic and relational functioning is very different from before.

How do you grow up today?

The need to oppose and violate in the name of fulfilling one’s own personal needs has disappeared, mortified by the educational imperative “you must obey” and by a moralistic context. Today the problem is the ideals, the general expectations of success, popularity, beauty. Therefore, adolescence is no longer the season in which the super-ego conflicts with the norm, but the one in which the contrast is with oneself, if one does not feel up to the prevailing performances. This causes that no longer grows out of transgression but out of disappointment. On this it is better for adults to question themselves, they cannot plan interventions at school, in the family or in politics if they do not take into account that they have fragile and narcissistic but aligned subjects in front of them.

They are also isolated, it seems …

One of the stereotypes to break down is that kids, as they grew up on social media, are not relationship experts. Instead they are very refined in this art, given the experience they have in the field. They lived in families that have tried to foster the relationship, with parents who have accustomed them to not receiving orders but to having explanations on the reason for certain things. Since kindergarten, then, between school groups and various activities they have established many contacts. Even video games, considered isolating, are, in many cases, contexts in which bonds are developed.

Can adults not “cheat” on kids anymore?

The complexity of each child deserves parents who consider it for what it really is, in line with today’s educational schemes. There is also a need for accept that a few falls are part of the growth. Thus, we give the children the opportunity to express themselves, without being blamed by the terrified gaze of mom and dad for her pain. It takes a serene look at the problem, and at 360 ° in their world: it is not enough to ask the child how he goes to school, let’s also ask him how he does on the Internet.

Better to be friends with your children …

If there’s one thing that makes kids suffer, it’s the friendly parent. They need more: adults who transform themselves into models to follow, not because of their role or imposition, but because they have won recognition in the field. Authoritative. If we want to become one, let us remember what it means to grow up in today’s society, which requires different efforts and adaptations from the past.

What would be desirable?

So much more strength to look our children in the face, so much more attention to really listen to them, so much more openness to accept new norms and new forms of discomfort. Thus, it is easier for the kids to put us in a position to support them. Otherwise it would be, once again, a betrayal of the expectations that, despite everything, continue to place in us.

They don’t need borders but security

“The stakes are ok for children, if we decide to reintroduce them they should be placed in that age group (even if we are going in another direction)”, details Dr. Lancini.

«While it makes no sense to place them in adolescence, a period in which, from a psychological point of view, one is destined to go beyond the limits dictated by adults. Indeed, it is this story of late bans that has made adults less credible among the under 18. With all our fears, anxieties, ghosts we have made sure that the very young see us, more than as enemies, as fragile beings. People always scared, and often unable to help them in difficulties. To the point that in order not to see us suffer, they look for solutions in their room, in front of a PC.

Federico Viri
1162 posts
Previous Post
Are you a funny woman? These outfits will prove it!
Next Post
Mussels stuffed with sauce, all the Mediterranean on the table with a few moves
Menu