All Together Now, Michelle Hunziker hosts Renato Zero. And it is a success 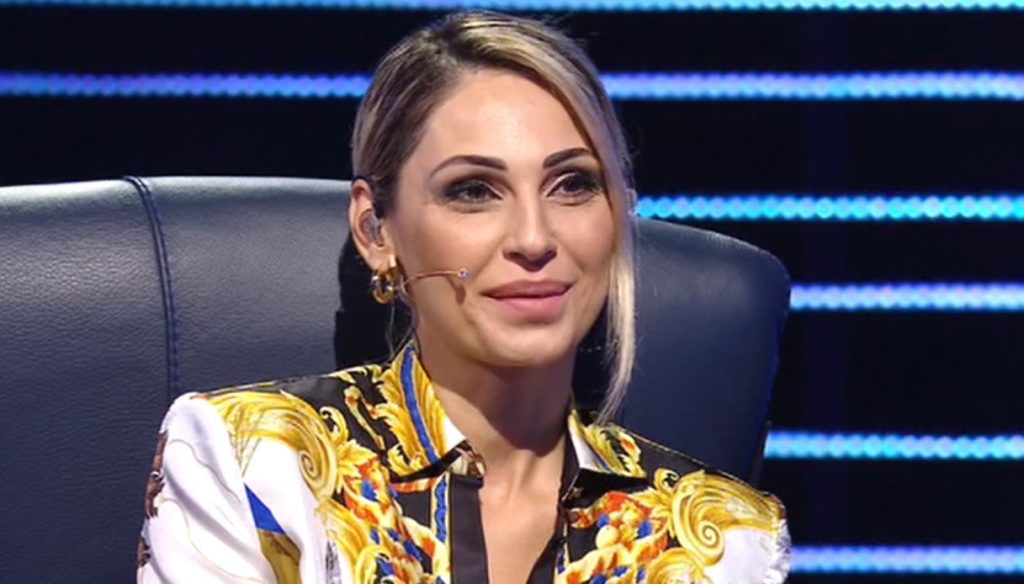 The hostess in a white dress left the stage to Renato Zero, who celebrates his 70th birthday with a new record

All Togheter Now, the musical show of Canale 5, with the episode of Saturday 5 December has reached the semifinal. The competition between the singing talents has come to an end also for this lucky edition, and the competitors have not ceased to excite the public, the jury and the wall of 100 musical experts.

Michelle Hunziker once again appeared in stunning shape in a white total look. The presenter also confirmed herself this evening as a perfect hostess, able to hold the ranks of the broadcast very well and lead the spectators along the entire musical journey of the broadcast. The watchful eyes of the fans on Twitter did not let a curiosity about Michelle's dress escape, and they found a photo in which the beautiful Anna Tatangelo wore the same dress on another occasion.

Anna Tatangelo has chosen, in fact, for the semifinal of All Together Now a crop top with a patterned print combined with black palazzo trousers, and her hair gathered in a low chignon. J Ax instead wore a totally eccentric gold suit. Rita Pavone also opted for white, while Francesco Renga wore an elegant midnight blue suit.

As the icing on the cake, in the middle of the musical competition, Renato Zero arrived to present "Zerosettanta", the triple album released this year to pay homage to fans and celebrate his seventieth birthday, which was 30 September. This is the forty-fourth album released by the songwriter, who continues to make the public dream with his songs and his iconic interpretations.

The remaining competitors at All Together Now who played the semifinal to the sound of musical notes were: Savio Vurchio, Dalila Cavalera, Domenico Iervolino, Beatrice Baldaccini, Silvia Rita Iannone, Eki, Antonio Marino, and Alessio Selvaggio. Among them is the name of the next winner of the show.

Barbara Catucci
7143 posts
Previous Post
Stéphanie of Monaco as Carolina: she shows herself without make-up and is not afraid of the passing of time
Next Post
Stefano D'Orazio, the memory of his friends and his wife Tiziana Giardoni