Amici 2021, Alessandra Celentano has crossed the line: offending is useless 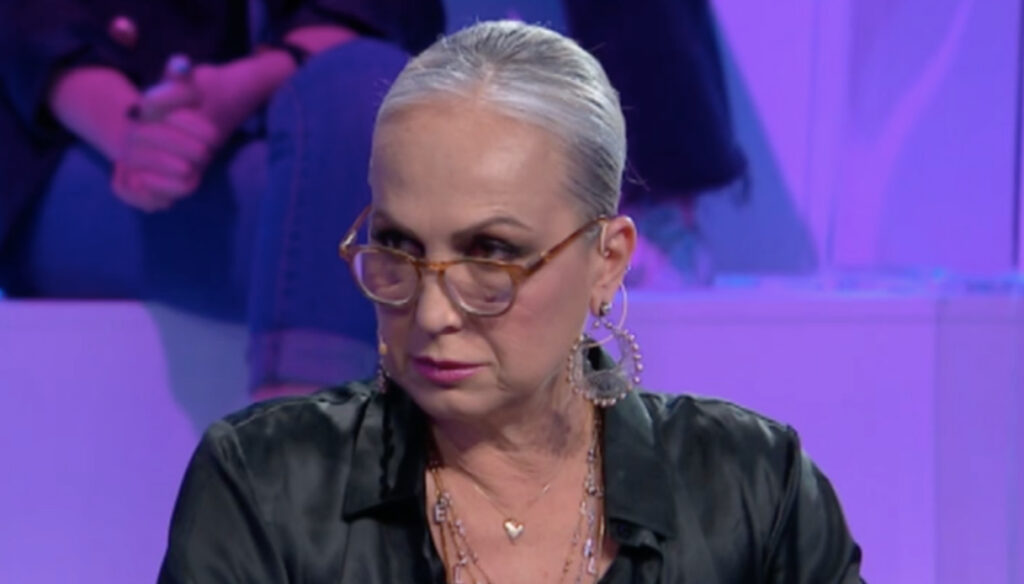 Celentano at "Amici 2021" exceeds the limit: words can hurt and offend is useless

In the second episode of Amici 2021, Alessandra Celentano has crossed the line and, this year more than ever, her sentences against students and professors appeared rather offensive. The last concerns the performance of Rosa Di Grazia, a competitor who, together with Martina Miliddi, the dance teacher has always criticized, also clashing with Lorella Cuccarini.

Celentano has never spared rather harsh criticism of the girls, so much so that Martina during the evening was even defined as "denied". Now, imagine you are a twenty year old girl who has cultivated a passion for dance, who has found salvation in that discipline after a particularly painful period and who – yes – is good, since she has managed to enter a school like that of Amici.

What can it cause to be told in front of millions of people (the record numbers of Amici do not lie) "you are denied"? Words, it has long been clear, are like blades: they can hurt, go to the bottom, create trauma and wounds that are difficult to heal. Yet Alessandra Celentano does not think about this and in front of Martina repeats: “For me it is denied, I say it and I think it”. And to offer the right answer, the one we would have liked to give to Alessandra, is Stefano De Martino. In fact, the judge of Amici immediately intervened, trying to make the teacher think (in vain). "I honestly think it's not useful to tell a 20-year-old girl," he said. You can express a positive or negative opinion. I don't contest the content but the way ".

But the worst moment came in one of the decisive heats for elimination when Rosa, in challenge with Tommaso, gave an amazing performance, taking home the vote of Stash and Emanuele Filiberto. "I saw a lot of wind, a lot of hair, little dance", Celentano's dry reply, who after the positive vote against Rosa concluded: "She voted for the hormone".

An unfair sentence: for the judges who are there as professionals, to judge performances, and for Rosa, who, as in the worst clichés, is defined as a winner only because she is beautiful and able to win the favor of the male jury in this way. . Almost as if it is a fault or that his (amazing) performance can only be reduced to such a comment. But the point, in the end, is not just that. It is the need to use words in the right way, to express oneself without offending. Because no one says that a teacher shouldn't judge a pupil's performance, but every word can become a stone thrown at someone. And never as in this edition has Celentano, which has always been very hard and direct in its judgments, seemed determined to overcome the limit. Telling a change that – in the era of keyboard lions and easy judgments – has already affected our society: the loss of kindness. The doubt is that Alessandra, for too many years now, has put herself in the shoes of a character (the tough teacher who judges and criticizes without hurting the kids) from whom she can no longer detach herself and who has become a victim herself.

Barbara Catucci
8010 posts
Previous Post
Hilary Duff mother for the third time: the tender family photo
Next Post
Diet, the best of the week from 22 to 28 March