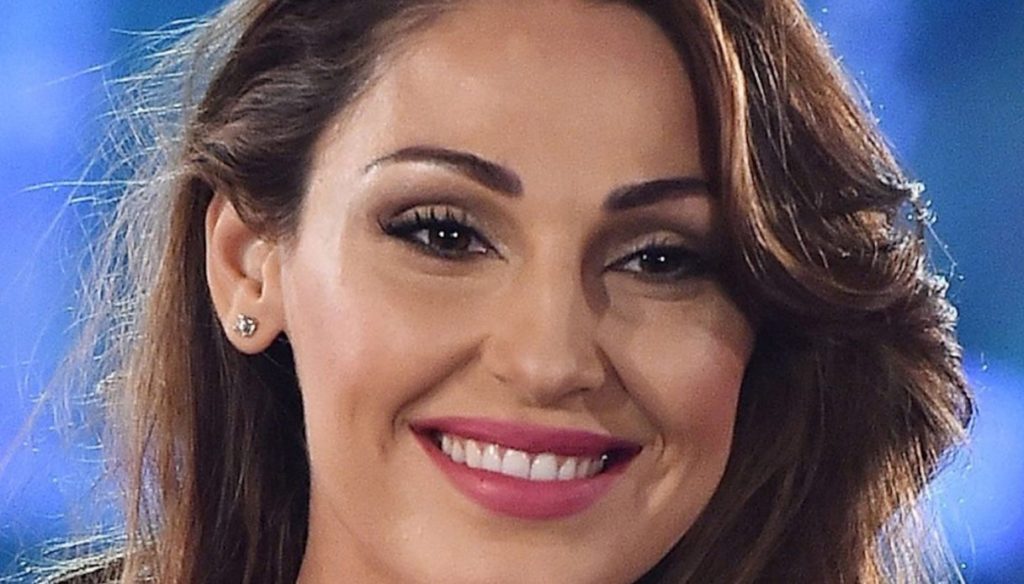 Anna Tatangelo turns 34: the new life without Gigi D'Alessio and a love that is difficult to forget 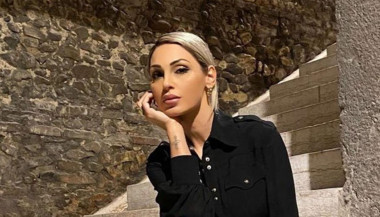 Anna Tatangelo after leaving Gigi D’Alessio: on Instagram she is always more beautiful

Anna Tatangelo turns 34 and leaves behind a difficult period, marked by the lockdown and farewell to Gigi D'Alessio, the great love of her life. After the end of the relationship with the singer, to which she has been linked for almost 15 years, Anna had to rebuild an entire existence and did it, with strength and courage, starting from herself, from her passion for music and from bond with his son Andrea. The singer has never hidden the complicated moments she has faced, but today she finally declares herself serene, after leaving behind a love story that, between ups and downs, has marked her indelibly.

Born in 1987, Anna Tatangelo was a very young artist when she met Gigi D’Alessio for the first time. At the time he was at the height of success and, conquered by his talent, he proposed a duet to her. “My father escorted me everywhere and if he saw an artist he forced me to take a picture with him, what a shame – recalled the singer -. This also happened with Gigi who then told me: are you the girl who won the Festival? I have a song that I would like you to listen to ”. The song was A new kiss, the song that indelibly marked the love story of D'Alessio and Tatangelo. A cult song that led to the birth of a splendid love story. It was the early 2000s when Anna and Gigi duet, bringing the single to success, shortly after they left for a tour in Australia. A journey that led Sora's artist to discover new sides of his colleague and to fall in love with him, despite initially having a dislike. “I started seeing him with different eyes – he explained -. We had long chats … and we discovered that the dislike hid a sympathy ".

The criticisms and whistles in Sanremo (for Gigi): the courage of Anna Tatangelo

It was 2006 when Anna Tatangelo and Gigi D’Alessio decided to come out into the open. The relationship immediately created gossip and criticism. To divide public opinion and fans, the age difference between the two – of about twenty years – and the marriage of the Neapolitan artist to Carmela Barbato. In fact, at that time the singer was still linked to his wife he met when he was only 16 and mother of the children Claudio, Ilaria and Luca. The wedding was already in crisis when Gigi met Anna, but at the time this did not spare Tatangelo who ended up at the center of gossip and controversy. At just 19, that girl who just wanted to sing found herself at the center of the gossip columns, overwhelmed by a media storm. “Gigi was a gentleman, he immediately went to talk to my parents – she explained -. But these weren't easy years. He kept reiterating publicly that he had been separated for years, but no one seemed to take notice ”.

Despite being very young, Tatangelo never pulled back, always defending that love in which she believed from the beginning. It was 2008 when, at the age of 21, he took the stage of the Ariston with the song My friend. Anna managed to take second place and in collecting the prize she decided to make a gesture for Gigi D’Alessio. “I would like to say Gigi I love you, it's the first time I've said this on television,” he said. But the public did not forgive him by booing her. A difficult moment, which he managed to overcome thanks to the help of his family and the man next to him. "At that age you don't think about certain things – he will say some time later -. You are so spontaneous and in love, that at the moment you don't find it absolutely strange. At the time I was not forgiven and I suffered from it, but then I learned to accept it ”.

Failure to marry and the crises with Gigi D’Alessio

In 2010, Anna and Gigi decide to crown their love with the birth of a son. Andrea arrives in their life and there is talk of a wedding. A wedding that has always been in the air, but which, in fact, has never been celebrated. The singer never hid that she dreamed of the white dress, a wish that seemed to come true after an engagement ring appeared on her hand. On the other hand, marriage seemed the perfect ending for that thwarted love that over the years had managed to overcome so many storms, coming out unscathed. In fact, in 2017 Tatangelo and D'Alessio entered a crisis. Once again, Sora's artist proves to be a courageous woman. He tells himself with great sincerity and explains the reasons for his farewell and the choice to leave Amorilandia, the love nest in which he lived with his Gigi. "At the beginning of our story, when they gave me the family wrecker, the man-stealer – he tells Vanity Fair, revealing a pain hidden for years -, and everyone fired on me even though everyone knew I was coming" after " a story already over, I thought the best choice was to remain silent. Out of respect for others: Gigi, the ex-wife, the children. But now I'm no longer 18, I'm no longer a girl, and at 31 I speak. Because if it is true that time responds in our place, lies no longer suit me: I'm tired of having rumors about me ”. And he clarifies: "He is not the biggest, richest and most famous man with whom I have started and who I have left now for economic problems. I have always been independent, even more so today, that with a minor I could have stayed where I was, and instead I don't even ask for maintenance every month ".

The separation, however, does not cancel an important feeling. And while Anna denies any gossip about a new love, Gigi D’Alessio tries to win her back. Tatangelo clarifies with Ilaria D'Alessio, second child of the ex-partner who attacked her after her interview, and returns to the arms of the Neapolitan singer. “I asked her forgiveness – he tells the weekly Oggi – I realized that I was really losing her. I don't live without Anna, she is my whole life ”. After the flashback there is talk of a wedding again, but that love, perhaps too wounded by now, comes to an end two years later. In March 2020, the couple announced their final separation. Anna lives the lockdown with the awareness that a new chapter of her existence is beginning. He strengthens himself, as he has always done, and tries to overcome difficulties also for the love of his son Andrea. “Gigi is an important pillar of my life and will always remain so – he later explains to Corriere della Sera -. He is the father of my son. We have maintained a wonderful relationship: I will always be there for him and he will always be there for me ”. From that moment on, Tatangelo turned the page: she experimented with music, changed her look and was reborn, once again. She arrives at All Together Now transformed: always beautiful, more aware and determined, but also determined to show her weaknesses. “We have given ourselves a lot over the years, this cannot be forgotten – he says of Gigi -. Indeed this must be said and recognized ”. But now it's time to move on.

Barbara Catucci
6537 posts
Previous Post
Who is Carole Bouquet, Charlotte Casiraghi's beautiful mother-in-law
Next Post
Amici 2021, the best and the worst after the holidays