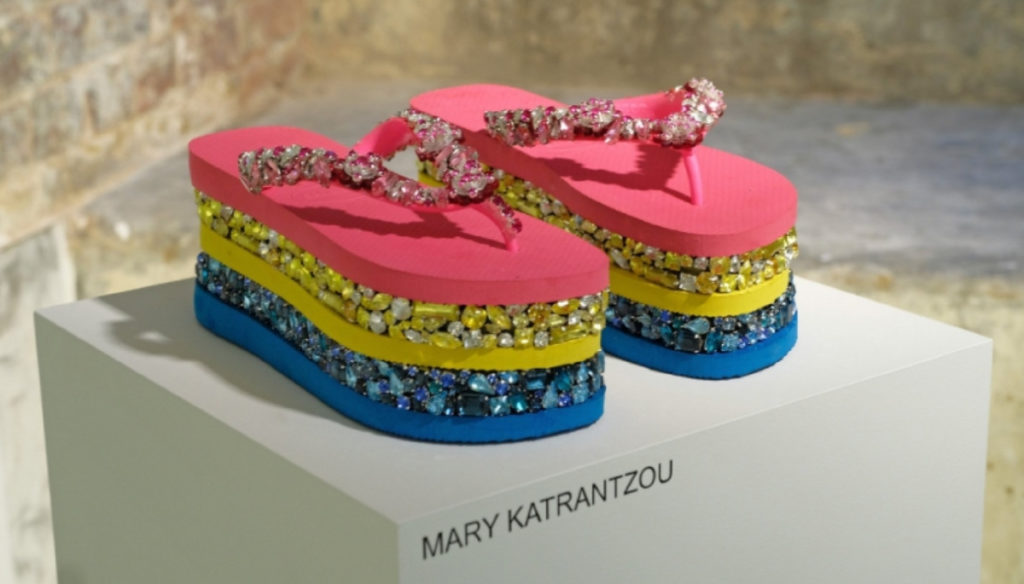 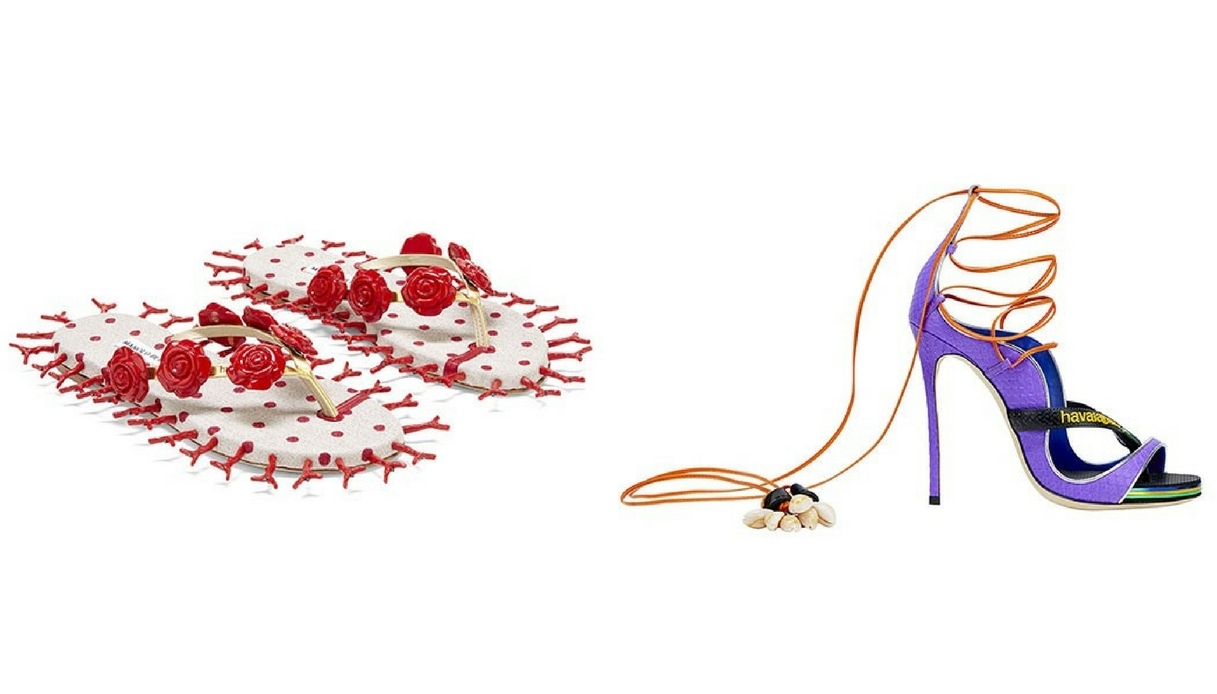 Unique and original flip-flops, similar to real works of art, to be sold at auction. It is the splendid initiative of the historic Brazilian brand Havaianas to raise funds in support of the non-profit association "Women for Women International", created to help women who survived the war to rebuild their lives.

The project sees for the first time the famous brand engaged in an exclusive collaboration with some of the most resonant names in fashion, such as Manolo Blahnik, Charlotte Olympia, Aquazzura, Louboutin, Naomi Campbell, DSQUARED2 and Swarovski. The result is unique and luxurious flip-flops, collector's pieces enriched with pearls and precious stones or transformed into elegant and original stiletto shoes, as in the case of the extravagant footwear designed by Naomi Campbell.

Launched in the early 1960s, the first Havaianas (which in Portuguese means "Hawaiian") are inspired by the traditional Japanese sandal called "Zori", whose soles are made of rice straw. The phenomenon of these very particular beach shoes soon spread throughout the world, so much so that an estimated 200 million Havaianas are sold per year. Loved by fashion victims and stars, such as Jennifer Aniston, Gywneth Paltrow, Selena Gomez and Miley Cyrus, the brand is now on the field for women victims of major international conflicts.

The curator of the Havaianas charity auction is the famous fashion entrepreneur Maria Kastani, who has always appreciated and supports the famous Brazilian brand. According to Kastani, her colorful creations manage to "convey happiness" to the wearer. Which makes them perfect for the exclusive project designed to support "Women for Women International".

The funds raised through the sale of the Havaianas works of art to the auction, will support the association founded in 1993, to help women who survived the war, and give them a way to rebuild their lives, that of their family and community. Each year, the charity organizes programs aimed at promoting literacy, training, awareness of their rights, health education and the professional skills of millions of women from all over the world.

Federico Viri
1020 posts
Previous Post
Alzheimer's, all you need to know: symptoms, phases, causes, prevention, assistance
Next Post
Balsam leave in: what it is and how it works