Belen Rodriguez is pregnant, the official announcement: "I'm in my fifth month" 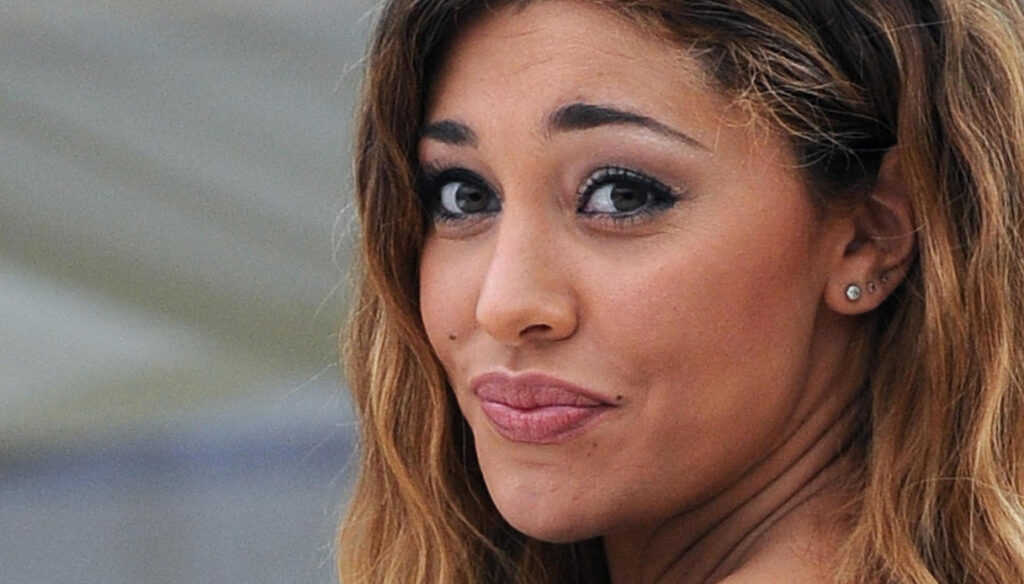 Belen Rodriguez is pregnant with Antonino Spinalbese and confirms the pregnancy for the first time: "I entered the fifth month and I think she is a child"

Belen Rodriguez is pregnant and for the first time confirms the rumors of expectation that have been chasing each other for a few weeks. "I entered the fifth month of pregnancy", reveals the showgirl to the weekly Chi. The father is Antonino Spinalbese, a former hairstylist from Coppola, whom he met eight months ago.

"I am an esthete, I appreciate beauty and, when I saw him, I thought: 'What a beautiful boy'. It was my genre, I'm consistent on that (laughs). 'Oh my, what a beautiful face you have!', I told him ". “For me it was love at first sight. Antonino is completely different from all the people I have met. I have always liked "assholes" but, over time, I realized that, as much as they enjoy you at first, they don't give you peace of mind. I understood for the first time that I wanted a kind man ”.

"The first kiss? It happened after a few days. I was very embarrassed, I looked like a high school child, it felt like the first kiss of my life ".

Belen became pregnant after four months of relationship: “We have decided. Our story overwhelmed us and we always wanted more and I am like that, I am not one who says “Let's wait”. He will be a good father because he is a selfless person, with enchanting ways, he inspires me with confidence, stability ”.

“I thought that I would not have found another love like this, if I had been able to decide I would have liked it to be only one person, indeed, I carried this pain for a long time because it was not conceivable for me to have two children from two different men. Only that we have to deal with reality and I believe that the end of the marriage is a failure, a huge failure. For years I didn't have the strength to hope for the future, I felt the blow ”. The marriage he is referring to is clearly the one with Stefano De Martino with whom he had his first child, Santiago.

Belen also explains why she chose a simple guy like Antonino Spinalbese: “They always try to belittle the person with whom I'm saying that he earns less than me, I find it hallucinating. I would say a lot of hat, because he had the balls to conquer someone who is courted by "powerful" people, but also hats off to the famous one who does not get lost in bullshit. I can pay for the most beautiful hotel in the world myself ".

Belen also took into account the criticisms of the news of the pregnancy: “Yes, of course, now I am also dealing with this, so I closed myself in silence. For years I have been judged and I suffer, anyone would prefer to have a compliment rather than a heavy criticism. But then the only sensible reasoning is that they are prejudices or judgments that are never a beautiful, intelligent, sensible thing because whoever issues them does not live with me and does not know what I felt and what prompted me to behave in a certain way ".

The rumors of her second pregnancy have been chasing each other for weeks, between announcements of others and downsizing by Belen who on Instagram had wanted to specify that she had never commented on being pregnant.

From the pages of Chi, the showgirl confesses: “I am experiencing pregnancy with more awareness than the first one, when you are younger you do not know what you are going to face and everything that comes is new, now I know what is going to happen. Aside from nausea, I'm not one of those mothers who "sees the light": pregnancy is tiring for me, physical change is not a simple thing, I can't wait to give birth and have my baby in her arms ".

On the sex of the child, he says: “The sex we do not yet know and we have not yet chosen the name. But I think she is a child (laughs, ed), I have felt it since I learned I was pregnant ". Therefore, he denied the indiscretion of the journalist Santo Pirrotta who on February 1st at Every Morning on Tv8 had launched the indiscretion that the little girl would be called Tabita.

In the long interview Antonino Spinalbese also speaks for the first time: “Belen managed to bring out what I had inside, I have never been so protective or affectionate. I imagined a different woman, she made me understand that with her I could be true and that she would not judge me. She is the most sincere person I have ever met, she is a woman who accepts happiness and who finds the beautiful side in everything. He has given me so much love that now I think it is right to want him ”. 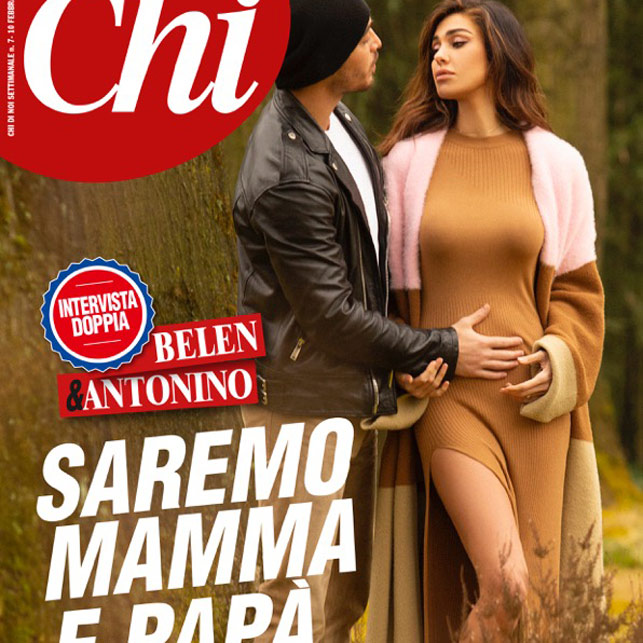 Belen pregnant on the cover of "Chi"