Bill and Melinda, one of the richest couples in the world, split after 27 years of marriage and three children. The announcement with a press release on Twitter 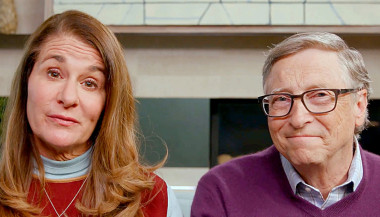 Disastrous divorces, separations that have ruined the lives of VIPs

Bill and Melinda Gates, a 27-year marriage, three children together and one of the richest empires in the world, have surprisingly announced their separation. The sensational announcement came with a joint statement posted on Twitter.

A bolt from the blue for one of the richest couples, also linked by a long association especially on the philanthropy front, a commitment carried out through their foundation.

We made the decision after a lot of thought and after doing a great job on our relationship. Over the course of 27 years we have raised three incredible children and built a foundation that works around the world with the aim of enabling all people to lead a healthy and productive life

Bill and Melinda, 65 and 56, respectively, have ensured that they will continue to share this commitment and work together. The two therefore appeal to everyone to respect their space and their privacy as they set out for a new life. The news comes just a year after that of another billionaire couple 'broke out', the one formed by Amazon founder and number one, Jeff Bezos, and his ex-wife MacKenzie Scott. In that case there was another woman, the well-known television face Lauren Sanchez.

Bill Gates resigned from the Microsoft board last year, just as the pandemic was spreading. And he dedicated almost all of his time to the activities of the foundation led since 2000 together with his wife. The couple met at Microsoft, where Melinda held the role of marketing manager.

The heritage of the Gates family is immense. The wealth of the Microsoft founder amounts to 133 billion dollars as of January 2021, that of his wife to 70 billion dollars. The remaining 1% of shares held by the couple in Microsoft, then, are worth over $ 7 billion, while the Bill and Melinda Gates foundation holds assets worth over $ 50 billion.

The ex-spouses Gates are the largest landowners in America and have a heritage that ranges from investments on Wall Street to dream villas to art collections and horse stables.