Breast cancer, fried garlic and onion would protect against the risk 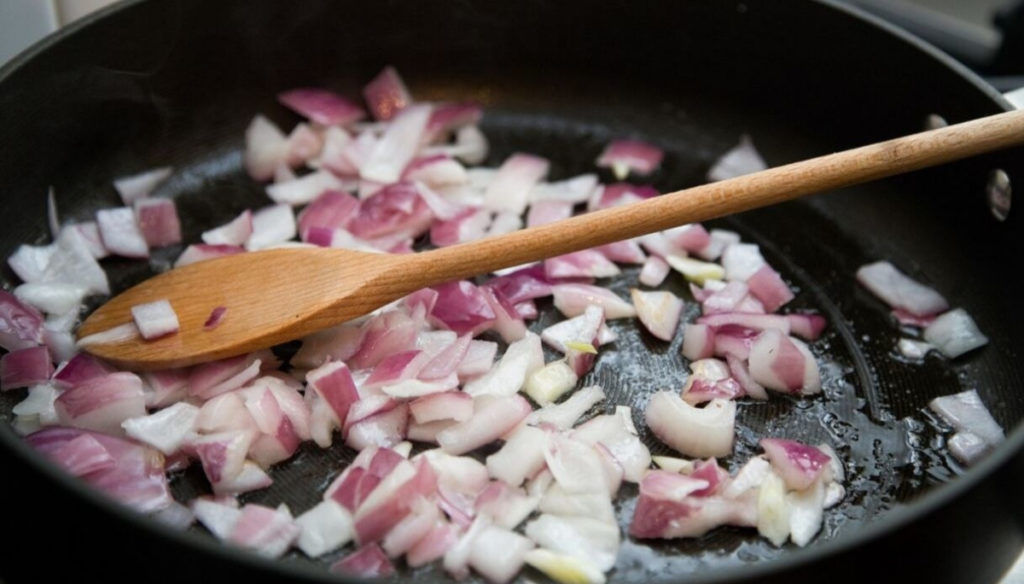 This is the main conclusion of a scientific study conducted by biologist Gauri Desai, currently a doctoral student at the University of Buffalo's department of epidemiology. In recent years there has been no lack of scientific evidence relating to the anti-cancer potential of garlic, onion and vegetables such as leeks (they all belong to the Lilaceae family). Dr. Desai's study is different than the others previously performed as it focuses for the first time on breast cancer.

483 Puerto Rican women were selected as a sample, 317 of whom were diagnosed with breast cancer. The choice in question was not random. The breast cancer rate among the Puerto Rican female population is in fact decidedly lower than the numbers of the United States and the gastronomic culture of the country foresees the preparation of the sauce.

The team that carried out the study – the details of which were published on the pages of the journal Nutrition and Cancer – gave the participants questionnaires aimed at framing their eating habits. The women in the sample had to specify the frequency of consumption of garlic and onion, as well as the average doses taken.

With this data and health information in hand, epidemiologists have been able to discover that consuming garlic and onion together can have excellent preventive effects against breast cancer. Specifically, we talk about dose-dependent efficacy. In a nutshell: the more fried you eat, the higher your protection against breast cancer.

Specifically, the experts identified a 67% risk reduction in women who used to eat fried garlic and onions often. What is this very important benefit due to?

Dr. Lina Mu, senior author of the study and associate professor of epidemiology and environmental health at the University of Buffalo, commented on the results, pointing out that garlic is characterized by the presence of S-allilcysteine, dially sulfide and diallide disulfide. The onion instead contains alkenyl cysteine ​​sulfoxides. The compounds in question have shown anti-cancer properties in both humans and animals.

Maria Teolis
3544 posts
Previous Post
What does the feather tattoo and some original ideas mean?
Next Post
The syndrome of the underdog: how to grow second-born children