Brewer's yeast: how and how much to take per day, effects and contraindications 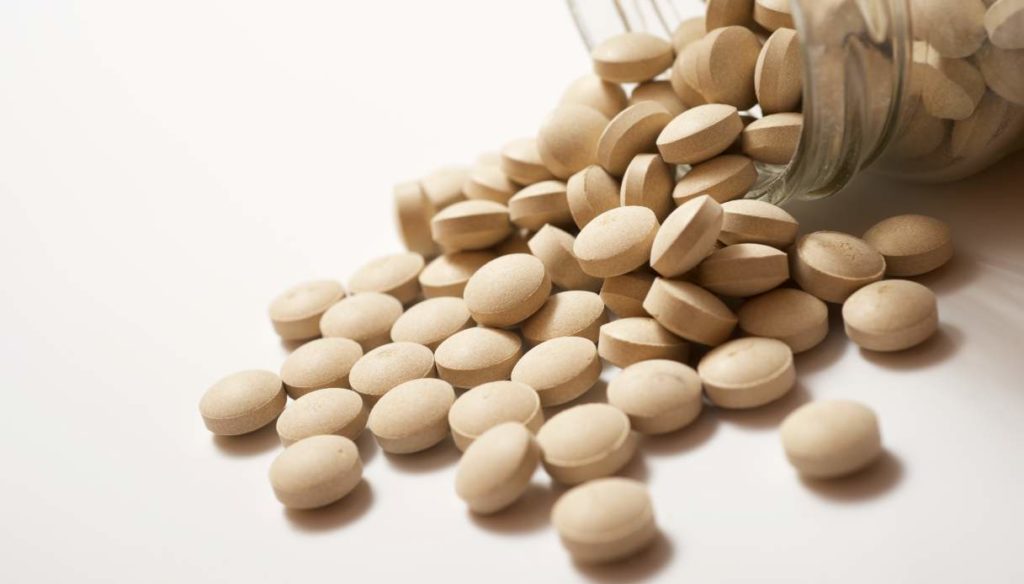 What it is and what it contains

Brewer's yeast is obtained from colonies of Saccharomyces cerevisiae, microorganisms that are multiplied on malt substrates and then collected, washed and dried at low temperatures. The product obtained has lost its fermentation capacity but is rich in B vitamins and mineral salts including phosphorus, magnesium, potassium, selenium, chromium and sulfur, as well as precious amino acids.

It is therefore the same brewer's yeast marketed for the production of bread, pizzas and focaccia and which allows the production of beer and wine, but inactive. It can be purchased in herbal medicine and pharmacies in the form of tablets, capsules, sachets and other formulations and is used as a food supplement to be taken for the well-being of the liver, intestines, skin and hair. The properties of brewer's yeast for health would be attributed to the presence of micronutrients, including selenium, potassium and chromium, and its intake is generally recommended for:

The use of brewer's yeast is based on a traditional use that attributes to this ingredient purifying, remineralizing and prebiotic properties, especially useful for the well-being of the liver and intestines as well as for the skin and skin appendages.

How to take it and dosages

Brewer's yeast can be found in herbal medicine shops, pharmacies and health food stores in capsule, sachet or flake form. There are also liquid preparations based on brewer's yeast, to be kept in the refrigerator. Tablets are generally preferred by those who do not like the strong and characteristic flavor of yeast or by those seeking greater convenience of administration, for example outside the home. The syrup, on the other hand, has a decidedly marked flavor but can be useful for those who have difficulty swallowing. The price is very variable and can range from two to ten euros, depending on the product. Within the formulations, even in the case of nutritional yeast in flakes or liquid form, the yeasts present are inactive: they have therefore lost their fermentation power, while maintaining the nutritional properties unaltered.

The daily dosage of brewer's yeast varies based on the formulation and amount of yeast present in each single dose. It is generally recommended to take four tablets a day to be administered before breakfast and main meals, accompanied by plenty of water. For liquid products, four tablespoons are given a day, always before meals.

Brewer's yeast is also commercially available in the form of flakes that can be added to pasta, soups, soups, vegetable and legume dishes and salads. It is a tasty and savory product that is often used in the diet of those who follow a vegan lifestyle, to replace grated cheese on dishes and add flavor to dishes. For this purpose it must always be added at the end of cooking to prevent high temperatures from deteriorating its quality.

Preparations based on inactive brewer's yeast are often recommended to rebalance the intestinal flora and support liver function. The use of brewer's yeast also appears to improve muscle recovery after sport and intense exercise and to combat various problems and imperfections in the skin and hair. Thanks to the remineralizing properties and the action on the liver and intestine, in fact, the intake of brewer's yeast seems to be effective in combating excess sebum, dermatitis, furunculosis and acne, as well as for strengthening hair, eyelashes and weak nails .

In order to appreciate the effects and benefits, brewer's yeast should be taken for a minimum period of two weeks and up to two months, repeating the treatment cycles twice a year, on the occasion of the change of seasons from winter to spring and from summer to autumn.

Brewer's yeast has no particular contraindications or side effects but its intake is obviously not recommended in case of hypersensitivity. In addition, in some people, the administration of yeast can lead to gastrointestinal upset and the formation of excess gas that cause abdominal bloating and tension, pain, bloating and flatulence. The intake of brewer's yeast is also not recommended in people suffering from recurrent fungal infections, including those from Candida albicans and in cases of kidney and intestinal diseases. If you are taking medications or following therapies, before taking brewer's yeast in the form of a food supplement, it is good to inform your doctor, pharmacist or herbalist to evaluate possible interactions. Even during pregnancy and during breastfeeding, it is preferable to seek the advice of the doctor.

Maria Teolis
2917 posts
Previous Post
Mara Venier presents her nephew Giulio to the world, the love of her life
Next Post
Roberto Bolle defends his private life: "I do not tolerate violations"