Carlotta Mantovan, Fabrizio Frizzi's wife, tries to get back to normal thanks to her daughter and her passion for horses 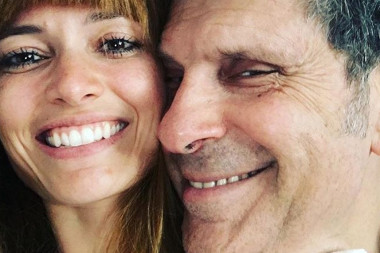 Carlotta Mantovan is facing the pain of the death of her husband Fabrizio Frizzi, which took place on March 26th, in a composed silence.

After the funeral, she reappeared in public only a few days ago to remember the presenter with an event organized at the Palazzetto dello sport in Rome. Returning to normality is difficult, but it seems that Carlotta has decided to start again thanks to her daughter Stella, who turned 5 last May 3rd.

Mom and daughter have decided to start riding again, a passion that the journalist had transmitted to Frizzi and of course to her child since she was very young. It is no coincidence that the latest images posted on her Instagram profile portray her at the stables while stroking her four-legged friend, a few days before her husband's death.

The weekly magazine Gente has recently published photos of Mantovan and Stella among horses. The little girl is riding a pony and promises to become a test tube rider. The two rediscover a smile and serenity, at least for a moment, after so much suffering.

It is known that horses can help to overcome mental and physical problems. Hippotherapy includes a series of techniques and exercises that use the horse as an intermediary to improve a person's well-being.