Charlene of Monaco underwent her third total anesthetic surgery in South Africa. Alberto is still far from her and the journey back to Monte Carlo is slipped 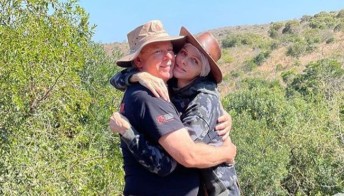 Charlene from Monaco was operated on for the third time under general anesthesia. The operation was carried out on Friday 8 October in South Africa where she has been blocked since last May due to a serious infection in her throat, nose and ears.

The news of the umpteenth operation Charlene of Monaco underwent was spread by Monaco Matin and then confirmed with a statement from the Princess Foundation. Therefore, the return to Montecarlo that seemed almost close is moving away.

Charlene of Monaco still in the operating room

Charlene had resumed public activity in recent days by attending an event with the King of the Zulu, Misuzulu, and Albert of Monaco had spoken of his wife’s return home, underlining how the latest news belonged to the medical team he is treating Princess. The latter appeared in the latest photos posted on Instagram as a fragile, thin and tried woman, while still smiling.

However, Charlene’s health conditions still appear precarious, so much so that a third operation was necessary. The official statement reads: “Her Serene Highness Princess Charlene of Monaco will undergo general anesthesia for her last operation which will take place today. The Princess Charlene Foundation of Monaco wishes the best for this latest intervention and its full recovery ”.

Charlene of Monaco, postponement of the homecoming

The communication of Charlene’s intervention therefore came from her Foundation and not from the Palace, which for the moment has not released any statement. It is not even known if Alberto will join his wife.

The note, however, speaks of “last operation”, so the adjective gives hope that this intervention is the final one and the Princess can really move towards recovery or at least the stabilization of her health conditions. Just a month ago, emergency hospitalization was required after a collapse. Although it is not yet clear how long the post-operative recovery period may be. At home, her husband Alberto and the twins, Jacques and Gabriella, are waiting for her, who can count on the affection of uncles and cousins, such as Charlotte Casiraghi.