Claudia Gerini and her daughter Linda at the Zampaglione concert to support him. A very sweet family picture

Claudia Gerini and Federico Zampaglione had a long and beautiful love story that was crowned by the marriage celebrated in 2005. From their union Linda was born, blonde, beautiful and very similar to her mom.

Linda is now nine and one of Dad's biggest fans. Fortunately, relations between Gerini and Zampaglione remained excellent, even after the official divorce in 2015. Although the two have other companions respectively, they are still bound by a great affection: this is shown by the dedication that the actress wrote for the singer on Instagram while he was performing.

Gerini was attending the concert not far from the stage with her little girl and to create a memory of the moment she published a short video on social media writing: “Part of me! Go Faith! "

Shortly afterwards Claudia took a photo to capture an extremely symbolic moment for her family: the embrace on the stage between Linda and her dad. Linda was moved and the father excited, but Federico continued to sing.

The caption that Claudia wrote on the photo returns the feelings of the moment well:

In the comments that the many followers of the actress have written, at the bottom of the image, it is revealed that Linda danced and sang throughout the concert, demonstrating that she perfectly knows much of the Tiromancino repertoire. The girl's enthusiasm has softened the other spectators, one of whom wrote:

You have an amazing daughter … I was sitting behind you … and she was bewitched by her dad dancing and singing … a show in the show!

Father Federico must be very proud of his little girl's talent, since he wanted her to be the guest star of his latest album.

Linda, who really has a remarkable voice, played a small part of the song Images That Leave The Mark. This is not just any song: her dad wrote it just to explain how many ways the birth of the beautiful daughter changed her life and that of mom Claudia. The song, originally released in 2014, was re-proposed with a new arrangement and, of course, with the voice of the little girl who inspired it. 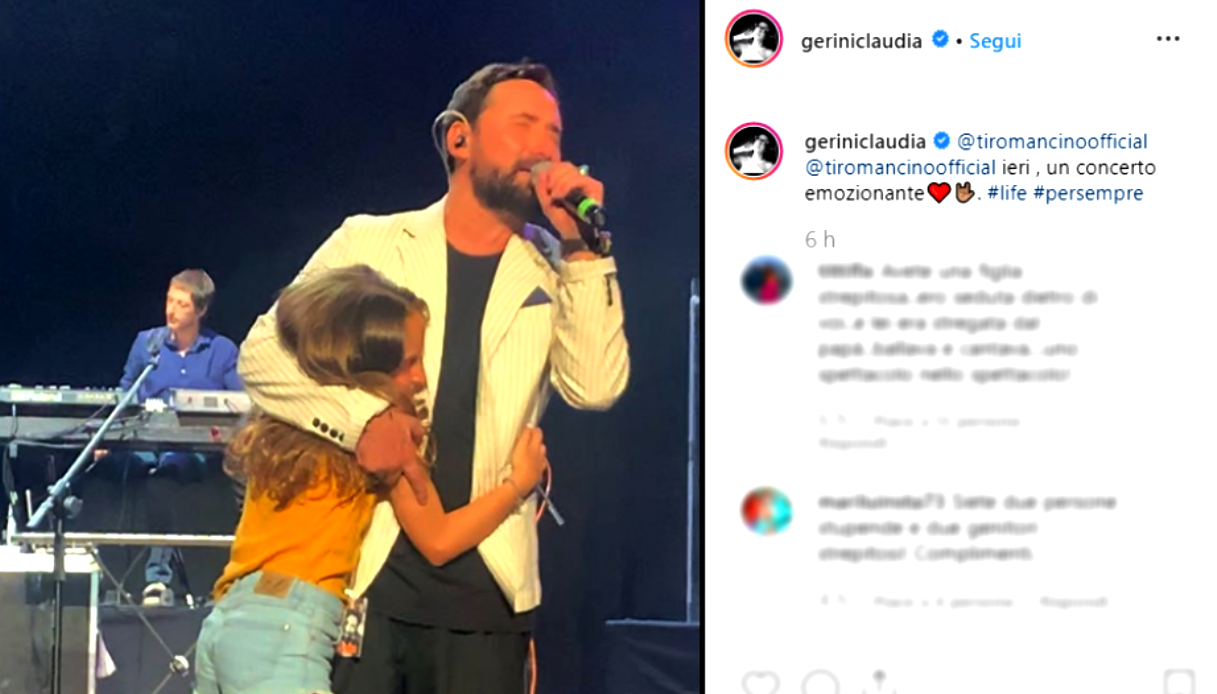