Dancing, Paolo Conticini: the relationship with Veera Kinnunen and the secret of his marriage 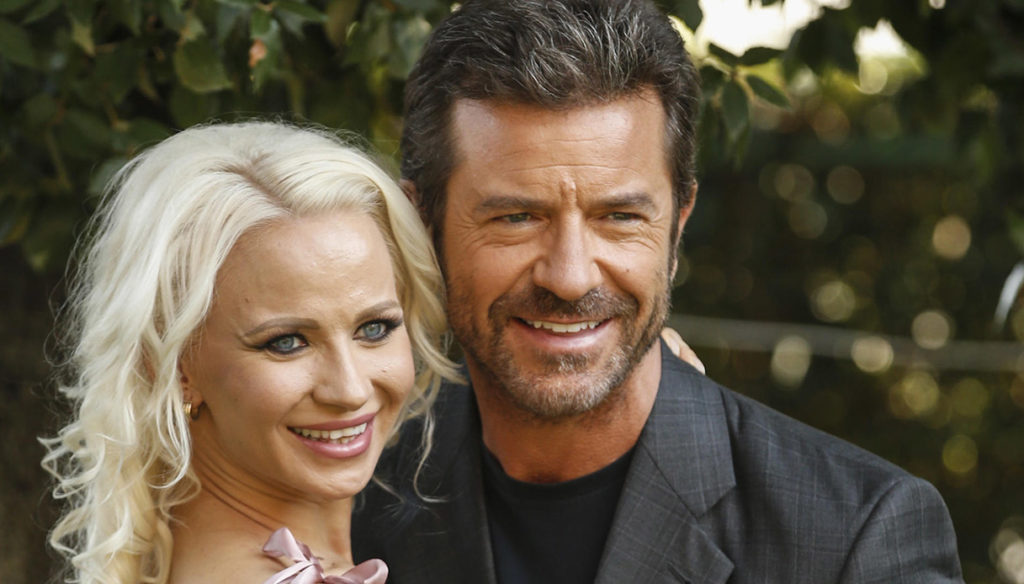 Paolo Conticini, in connection with Serena Bortone, talked about his experience at "Dancing with the Stars" and about his marriage with Giada

Paolo Conticini, one of the protagonists of Dancing with the Stars, told of his experience in the show hosted by Milly Carlucci and his relationship with Veera Kinnunen, but he also talked about his marriage.

In connection with Today is another day, the actor and the Swedish dancer chatted with Serena Bortone about their difficult week, which they spent preparing a very demanding choreography. After all, the secret of Paolo's success at Dancing with the Stars is the hard work behind every performance: "Veera is killing me – confessed Conticini – we are preparing very hard for tomorrow I did everything, even a somersault, the opposite of when I went to school, I was a goat! ".

And again with regard to the Rai 1 show, the actor admitted that he had never had much feeling with dance: it was thanks to musicals that he learned to move. And Dancing with the stars, as the actor defined it, is "a test of self-control and concentration". Just before the lockdown in March, Paolo Conticini was at the theater with Full Monty, which he reluctantly interrupted due to the health emergency.

And while Veera complimented Paolo on his commitment and his punctuality to the tests, the connection was animated by the intervention of Conticini's wife, Giada, who jokingly confirmed these aspects of her husband's character: "He is a perfectionist and I think we are also understanding that from the way he is dancing and the effort he puts into it. It's like that at home too: he likes to do things in a certain way and he would expect the same of me too, but I'm not that tidy. He's really a pain in the ass! ”.

Obviously, it is impossible for the Tuscan actor not to talk about his relationship with Giada and the secret of their marriage: in fact, the two have been linked for almost 25 years, even though they only got married in 2013:

You have to find a wife who can put up with you first of all and then it takes great complicity, our sense of humor has saved us a lot. We like to eat, laugh, the same things. I'm a big pain in the ass, I'm with Veera all day, I try to assimilate as much as possible, and then I go back home and make up for my wife!

Barbara Catucci
5773 posts
Previous Post
Very true: Michelle Hunziker, Francesco Renga and the other guests of the episode
Next Post
Domenica In, Francesca Fialdini: "Nobody can lead her in Mara Venier's place"