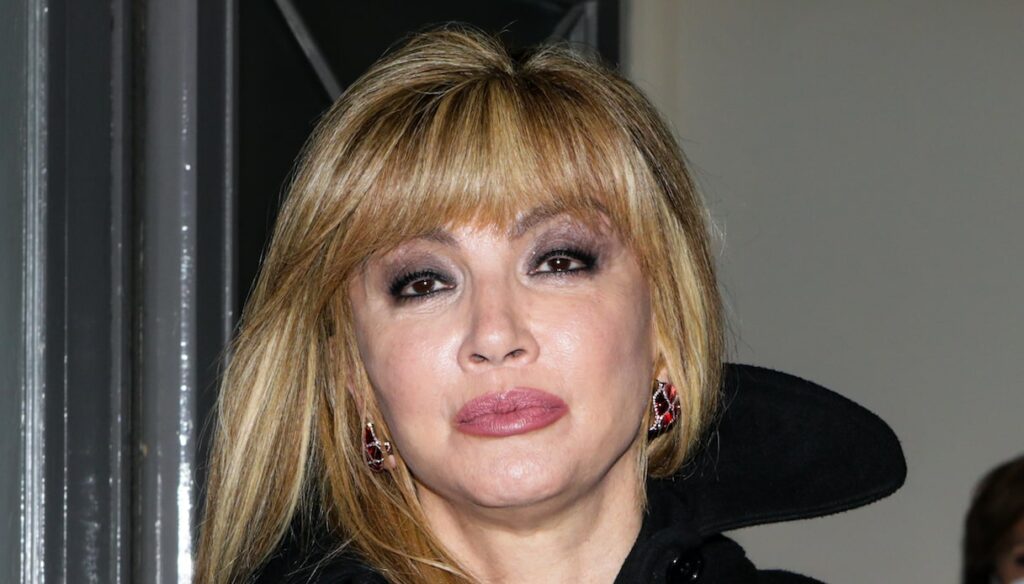 Milly Carlucci's reply came shortly after the announcement by Raimondo Todaro, who abandons "Dancing with the Stars" 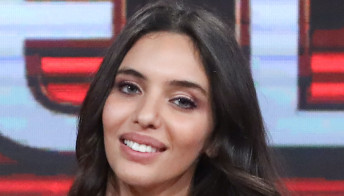 Raimondo Todaro, who is the alleged new flame Sara Arfaoui

A bit of bitterness is hidden in the words of Milly Carlucci, who has decided to break the silence on Instagram regarding the recent announcement by Raimondo Todaro. The latter decided to end his experience in Dancing with the Stars, after many years in the cast of the Rai1 show.

"Since this morning I have been assailed by messages regarding Raimondo Todaro's decision to leave Dancing" – wrote Milly in a long message on Instagram – "I know that Raimondo was in talks with another production for about a month, in our world the rumors circulate quickly ”. The presenter, in explaining what has happened "behind the scenes" in recent weeks, said she tried to get Todaro down to milder advice.

“Yesterday I received a phone call from him telling me he wanted to quit Dancing. I replied that before making such an important final decision it would have been nice to see each other and look each other in the eye, this is how friends do, after 15 years of life together ”- continued Milly Carlucci. And perhaps he did not imagine how this story would end: "This morning, with a bit of disappointment, I saw your post".

Raimondo Todaro was one of the pillars of Dancing with the Stars. The last edition, despite a thousand difficulties due to Covid and the injuries that afflicted him and Elisa Isoardi, took home an honorable fourth place. Many thought he would take his revenge this year, but apparently the dancer has a completely different intention.

"Rai1, Ballandi, my authors and I have the highest esteem for Raimondo and we have always believed in him, he has become a face of the network, he has made fiction, various programs in addition to mine, and with the Mascherato he has also become a choreographer, a important and not obvious story "- revealed Milly -" With this experience in his baggage we are sure that even in the new adventure he will assert himself as always. I can only wish him all the good in the world “. 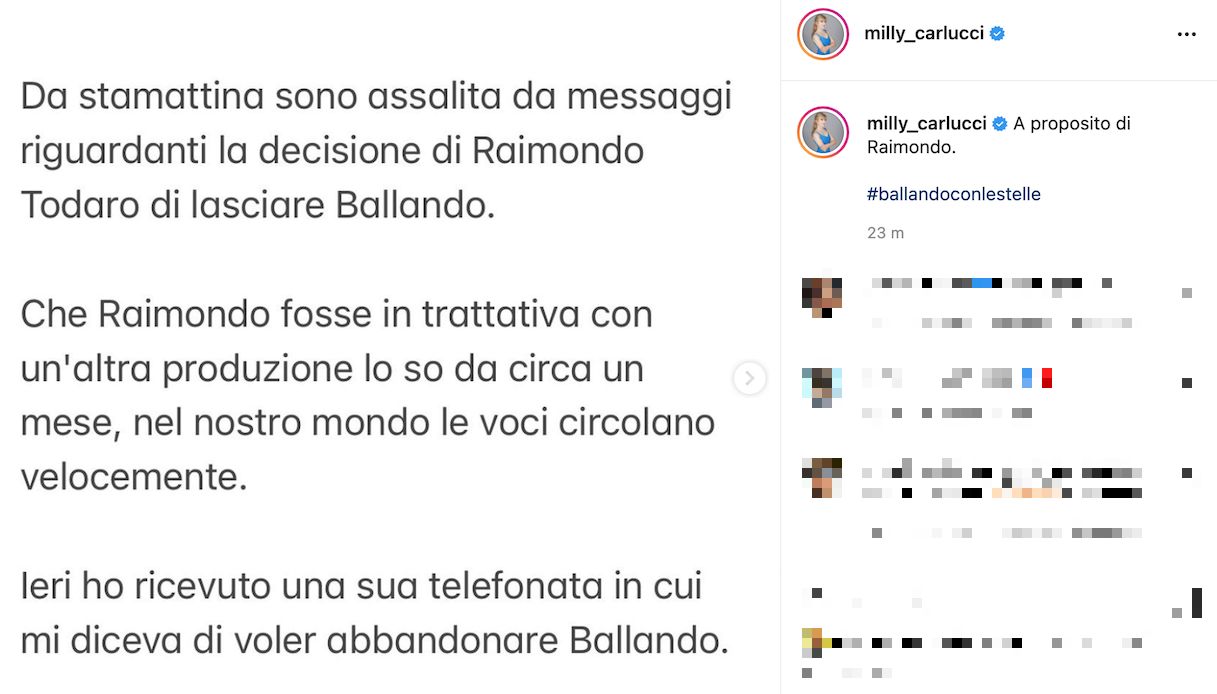 It is with great sportiness, therefore, that Carlucci took the blow. But between the lines of his message, beyond the affection he cannot help feeling for Raimondo, there is also a hint of disappointment. On the other hand, a bond that has lasted 15 years cannot be broken so easily, not without leaving scars. And in the meantime, the curiosity of the public grows: who will take Todaro's place? What will be the production that should see him busy next season? All that remains is to wait for the inevitable news that Raimondo himself will surely reveal to us.

Meanwhile, a first response comes from the dancer, who has decided to reply to Carlucci's message. “I read Milly's post with great sadness. Rumors circulate in our environment and even many, sometimes they are true and sometimes not, and if there are ongoing negotiations I do not see what harm there can be, indeed I hope that new opportunities will arrive soon "- explained Todaro -" I would have met Milly with immense pleasure to communicate my decision verbally (which we promised ourselves to do as soon as I am cured), but 5 days ago I tested positive for Covid and therefore I am in isolation at home. But perhaps the rumors circulating have not reported this ".

And again: "I preferred to notify you immediately of my decision because I hope to negativize myself quickly, but if this were not the case, I would have communicated my decision too late compared to the beginning of the program, and this would have caused, perhaps, some inconvenience. Anyway, I thank you and without resentment I take your best wishes with all my heart ”. 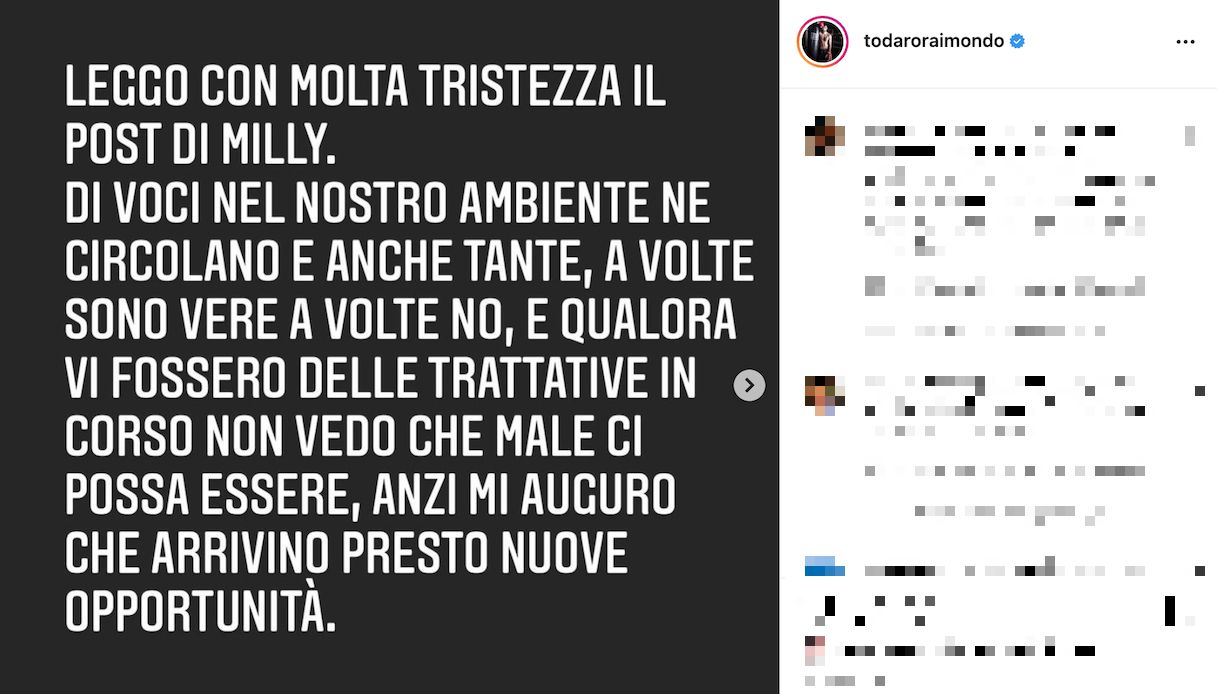 Barbara Catucci
10436 posts
Previous Post
Temptation, the first photo together by Stefano Sirena and Federica Cleo
Next Post
Alessandra Amoroso reveals why she ended up with Stefano (and gives a good lesson)