Domenica In, Pupo tells about himself: his career and his relationship with his mother 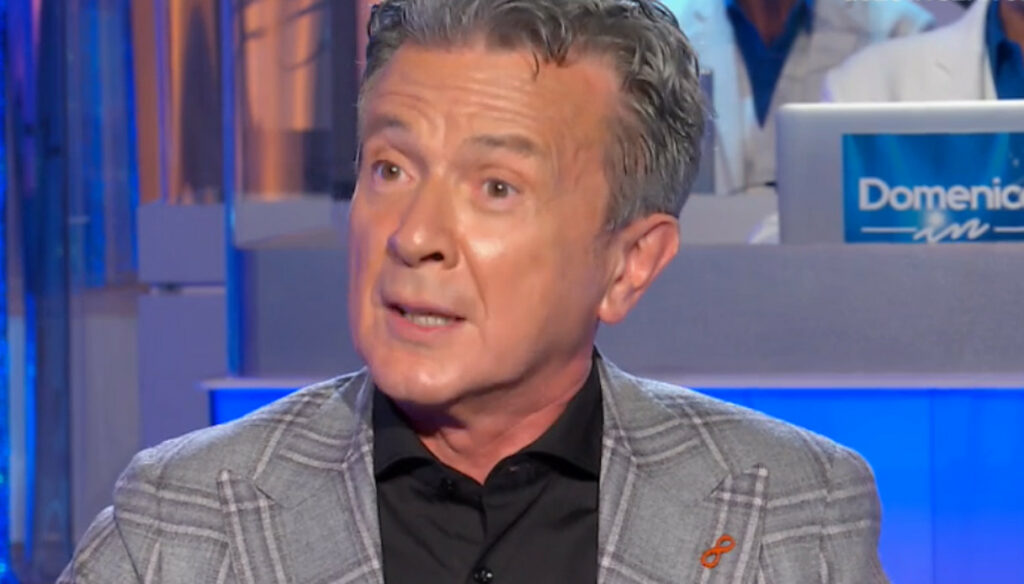 Enzo Ghinazzi joins Mara Venier on Domenica In for a long story about his life, from that of an artist to a private one

Pupo arrives at Domenica In for an exciting story, between career and private life. Enzo Ghinazzi, this is his real name, is also a close friend of Mara Venier and he introduced himself with his usual sympathy, expressing himself in Russian. His overwhelming comedy also involved the presenter, who wanted to say I love you to her husband Nicola in the Soviet idiom.

The first moments are those dedicated to his beginnings as an artist, with a passion born almost by chance and in a small Tuscan town:

“I went from village kid to billionaire, that was the big problem. The son of the postman from Ponticino who becomes an international star: the risk was high. Then I begin to fall into the dangerous passion of the game, it was something we had in our DNA. With the money in your pocket it was easier. The great successes followed one another, up to the difficult moments with a vertical collapse of my musical career. One thing I do not wish to anyone ".

The engagements are a distant memory, fame plummets to an unexpected phone call, which catapulted him into the world of television broadcasting:

“The phone doesn't ring anymore, until Gianni Boncompagni called me for Domenica In. I didn't believe it, I was on the ferry in Sicily for a street party. I had a Fiat Tipo but I had the phone installed, which cost more than the car. Boncompagni asked to be the host of the program and I replied: “I would also be a street sweeper”. From that day on, I didn't sleep until I got to Dear's studios ”.

Pupo is also an appreciated author for other colleagues, in particular the Ricchi e Poveri: “If I had known he would have had such a success, damn it I would have given it to him. I don't know how to do business, but I make a lot of Siae's money (he jokes) ”.

Enzo Ghinazzi also opened up about his private life, telling the details of the illness that struck his mother Irene: “I had to hospitalize her in an institution and since that moment she has never returned home. She took a form of Alzheimer's from which she has not recovered. His new world has turned into the lightness of love and sweetness. I don't know what's in his head, when he sees me it looks like he's in front of a ray of sunshine. It was hoped for an arrest of the disease that did not happen. We have been a very close family ”.

The Tuscan artist is also the proud father of three daughters: Valentina, Ilaria and Clara. Precisely from the latter, he received an unexpected and very welcome surprise for the words spent towards him: "I want to send you a greeting and a big kiss and say thank you for all you have done for me and are still doing. Thank you for mentioning me in Huge Risk Of Getting Lost, and it's thanks to you that I didn't get lost ”.

Barbara Catucci
8415 posts
Previous Post
Domenica In, Enrico Brignano: love for Flora and the memory of Proietti
Next Post
Prince Philip, the last words to Charles and the farewell of his children Anna and Edoardo