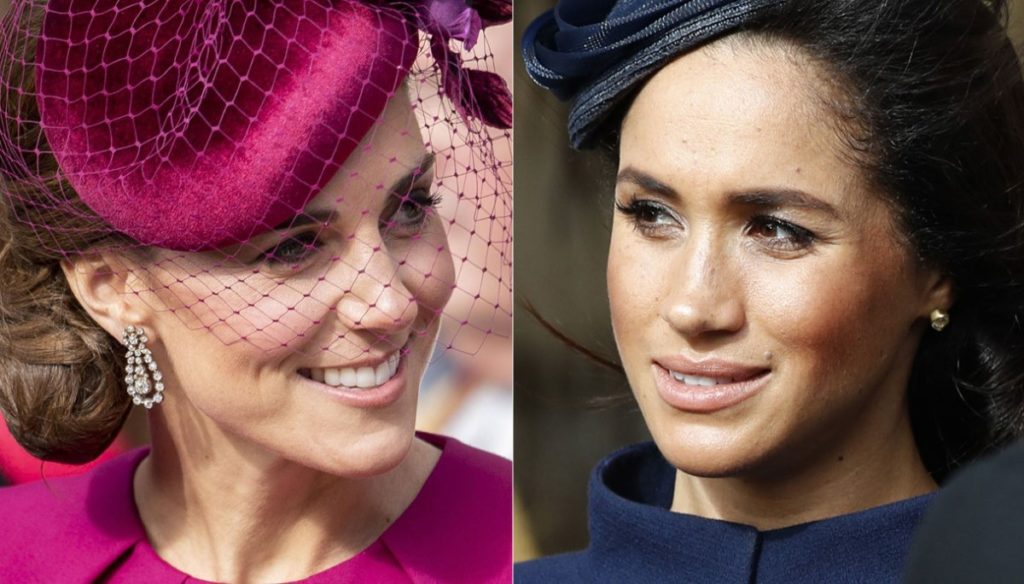 Eugenia in white exceeds herself. But the most beautiful is Meghan Markle in Givenchy. Kate Middleton instead dares with fuchsia 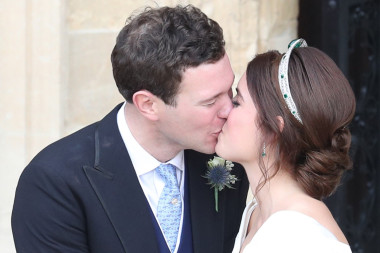 Meghan Markle wins the most elegant crown at the wedding of Eugenia of York and Jack Brooksbank.

Five months after her wedding with Harry, the Duchess of Sussex still enchants at the Windsor Castle with a refined blue look, signed Givenchy, the designer who also created her wedding dress.

The outfit by Meghan is essential: navy coat from which you can see a dress of the same color, discreet hat by Noel Stewart, clutch and stiletto shoes tone on tone.

Kate Middleton, who has returned in splendid form as she showed during her visit to the Victoria & Albert Museum, instead wears a fuchsia dress, signed by her favorite designer, Alexander McQueen, hat with veil by Philip Treacy, shoes and clutch. The English brand wears Kate on all the most important occasions. The last was the baptism of the third son, Louis.

William's wife risked the risque incident when a gust of wind, which did not whip all the guests, raised her already rather short skirt, showing more than what is allowed. It was worse for those involved in the children's procession, Lady Louise Phillips. A gust revealed her lingerie to the whole world.

George and Charlotte, the eldest sons of the Dukes of Cambridge, are pageboy and damsel respectively. The princess is perfect as she greets with her hand, while one of the pages beside her stumbles and falls down the stairs.

The bride, Eugenia di York, attracts guests as she enters the church alongside her father, Prince Andrew. Instead, the bride's mother, Sarah Ferguson, arrived, wrapped in a bright green dress. Next to her is the eldest daughter, Beatrice, in electric blue.

Eugenia wears a princely wedding dress, signed Peter Pilotto. No lace, but jacquart fabric with an important skirt with a very long train. At the foot of the open toe created by Charlotte Olympia. The bouquet is cascading. The Princess does not wear a veil, but the very precious Greville Emerald Kokoshnik tiara, which belonged to the Queen Mother. The crown is composed of diamonds set on a platinum structure and 12 emeralds, the largest of which is over 93 carats. The jewel matches the dangling earrings, a wedding present from her husband Jack.

The Princess has decided to wear a dress that does not hide the long scar on her back. Eugenia, in fact, at 12 years of age underwent surgery due to scoliosis.

Excited spouses exchanged rings in St. George's Chappel, the same one in which Harry and Meghan's wedding took place on May 19th. After the traditional kiss, Eugenia and Jack took a carriage ride through the streets of the town.

Eugenia and Jack's wedding is very tight. Police have been ordered to shoot to kill in the event of a terrorist attack. But waiting for the bride and groom is not the same crowd present at Harry and Meghan's wedding. Their magic is missing.

Great absent from the ceremony, Camilla. Carlo's wife was on an official visit to Scotland. Even the Prince will not be at the evening party, to reach his wife.