Evan Rachel Wood vs Marylin Manson: "She abused me for years" 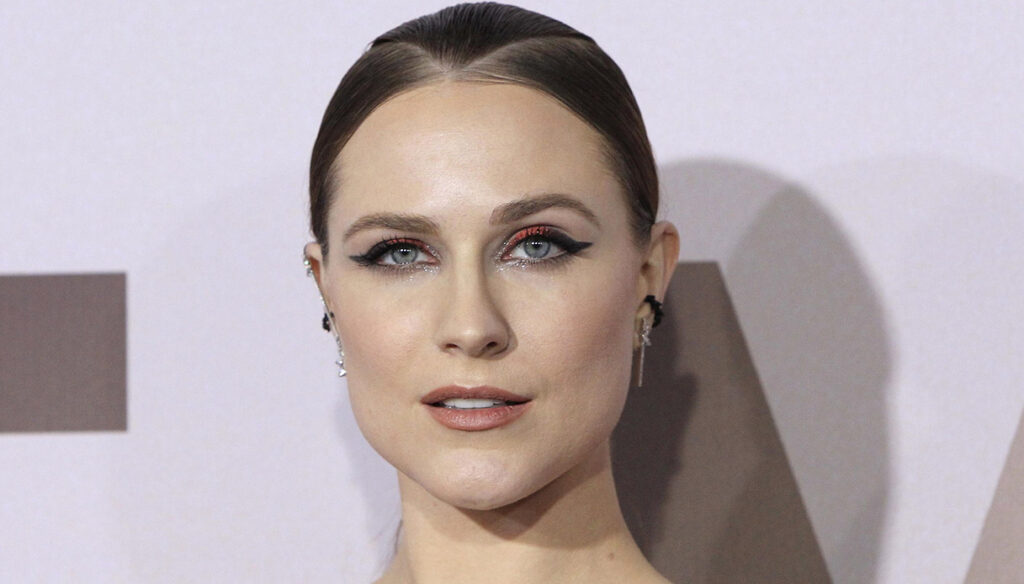 Suddenly, like a punch in the stomach, the heavy accusations that Evan Rachel Wood throws against Marylin Manson, the rock singer with whom the actress has been paired for years through ups and downs.

"The name of the man who abused me is Brian Warner, better known to all as Marilyn Manson. He lured me when I was a teenager and monstrously abused me for years. He brainwashed me, he manipulated me to submit to him. I'm tired of living in fear of blackmail or retaliation. I am here to accuse this dangerous man and the industry that has always defended and protected him, before he can ruin other lives. I am on the side of the victims who no longer want to remain silent ”. 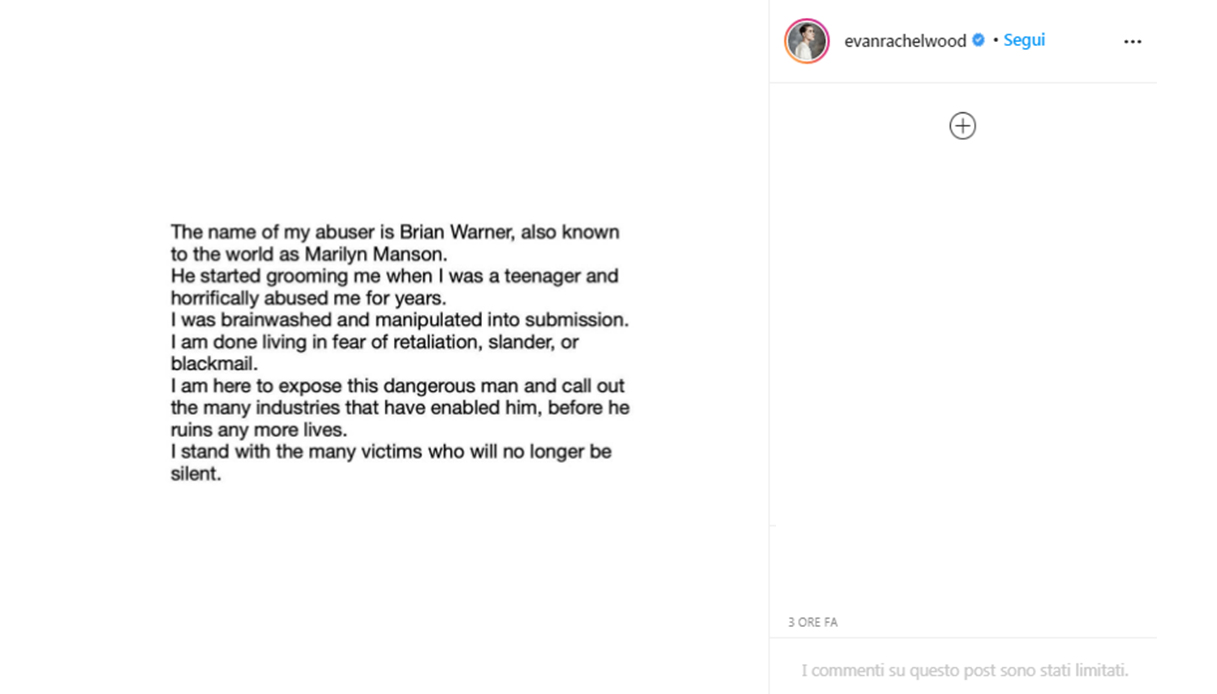 A few lines written on a white background and published in the form of a photo on his Instagram profile. In a few hours, the post went around the world and the news was among the most discussed in the last few hours. Strong words that will not fail to discuss in the next few days.

The first sentences refer to some previous statements of the same actress, who in 2016 had revealed that she was raped on two occasions: “I was raped. From a guy I was with. And again, on another occasion, by the owner of a bar. The first time I wasn't sure it was rape, since it was my partner, and I realized it too late. And who would have believed me? The second time I thought it was my fault, that I should have fought harder, but I was afraid ”. Statements that caused a sensation, but not too much, surfaced well before the MeToo exploded. A moment, therefore, in which to report one's tormentors was an even more courageous gesture. On that occasion, Evan Rachel Wood did not want to mention names, but added that being a victim of violence caused her such suffering that she even thought about suicide.

A few months ago, during an interview with Metal Hammer magazine, a journalist brought up the subject by asking if he was the person his ex-partner referred to. The rocker cut the conversation abruptly, leaving his spokesperson to retort, “Evan Rachel Wood dated a lot of people around the time she was dating Manson, just do an Internet search to find these names. In addition, there are many articles and interviews in which Wood refers in positive tones to his relationship with Manson ”.

The relationship between the two began in 2007, when the actress was 19. At the time, many thought that Evan Rachel Wood was the cause of the end of the singer's marriage to ex-wife Dita Von Teese. In 2010, the Westworld actress and Manson announced the official engagement, but the wedding never took place as the couple separated seven months later.