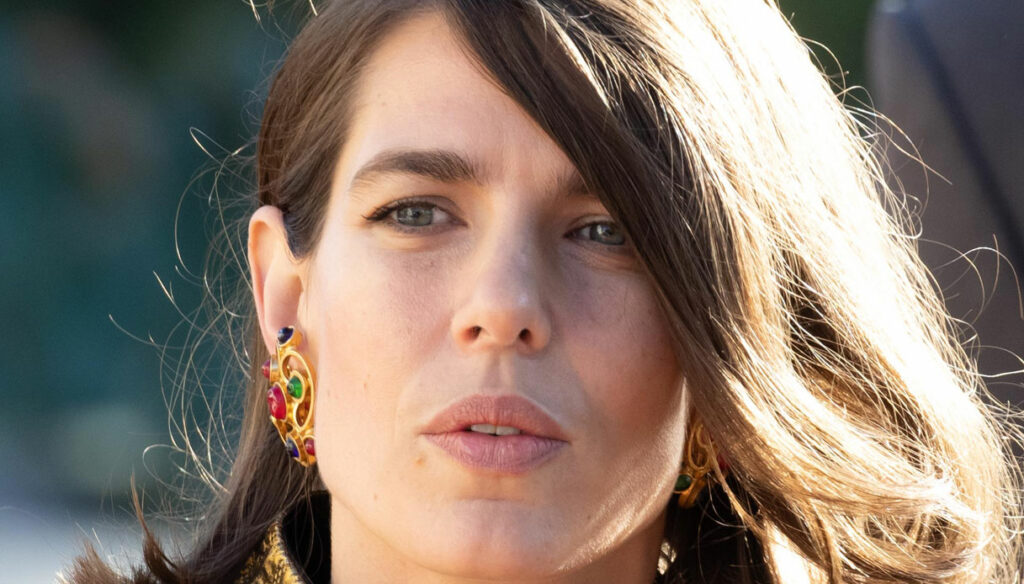 Charlotte Casiraghi enchants with an austere black Chanel dress. She takes the place of Charlene of Monaco and avoids embarrassment at the Palace 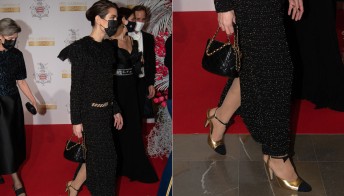 Charlotte Casiraghi returned to Monaco for the National Day celebrations, effectively replacing Charlene of Monaco who did not attend due to her health condition.

After the official press release from the Palazzo and the indiscretion that Charlene of Monaco is in Switzerland, the Grimaldi family has united around Alberto so as not to leave him alone during such an important event for the Principality.

Charlotte Casiraghi replaces Charlene of Monaco at the gala

Charlotte Casiraghi took care of filling the void left by Charlene, who showed up first for the religious ceremony with a splendid gold dress-coat and then with a black evening dress for the gala, both strictly by Chanel, of which she is brand ambassador.

For the evening Charlotte opted for a long black dress with rhinestones, round neck, with long sleeves and two front pockets with decorated hem, which she paired with a pair of golden lambskin shoes with black toe and bow on the heel and to the iconic Kiss-Lock bag. The collected hair highlighted vintage earrings, from the seventies, with colored stones, by Gripoix.

Despite his habits, he brought with him to the National Day celebrations Raphael, his eldest son whom he had with his former partner, Gad Elmaleh. Today the child is 7 years old, he is almost the same age as Charlene and Alberto’s children, Jacques and Gabriella.

Instead, her husband, Dimitri Rassam, did not come with her. The two are not seen together very little, the events in which they participate as a couple are really rare, perhaps the last one dates back to last summer. Unlike Charlotte’s brothers, Pierre and Andrea who always show themselves together with their respective wives, Beatrice Borromeo and Tatiana Santo Domingo.

Charlene and Carolina of Monaco, high tension at the Palace

Although the Grimaldi family appears to be very united in public, it seems that tension is skyrocketing at the Palazzo and Charlene’s return home after months of absence would have reignited the fuse. Charlotte Casiraghi’s presence helped prevent the public event from turning into a time bomb.

According to Voici reports, the relationship between Charlene and Caroline of Monaco, Alberto’s older sister, has deteriorated for some time. The Princess never got along with her sister-in-law and court protocol only made matters worse. According to a source close to the Palazzo: “The two sisters-in-law have a complicated relationship”.

In the past Charlene would have asked Alberto to prevent Carolina from attending the National Day ceremony. Again according to the same source, the Prince reported the request to his sister with whom he had a heated conversation. In the end, Carolina did not yield to her brother’s will.

Now that Charlene has returned home but was unable to attend the reception, the situation has become even more delicate. This is why Charlotte’s intervention was providential and removed both Alberto and Carolina from the embarrassment, who did not find herself taking the place of her sister-in-law with whom tensions are already skyrocketing.