Farewell to Sister Stella Okadar from The test of the cook, Antonella Clerici: "It's a terrible time" 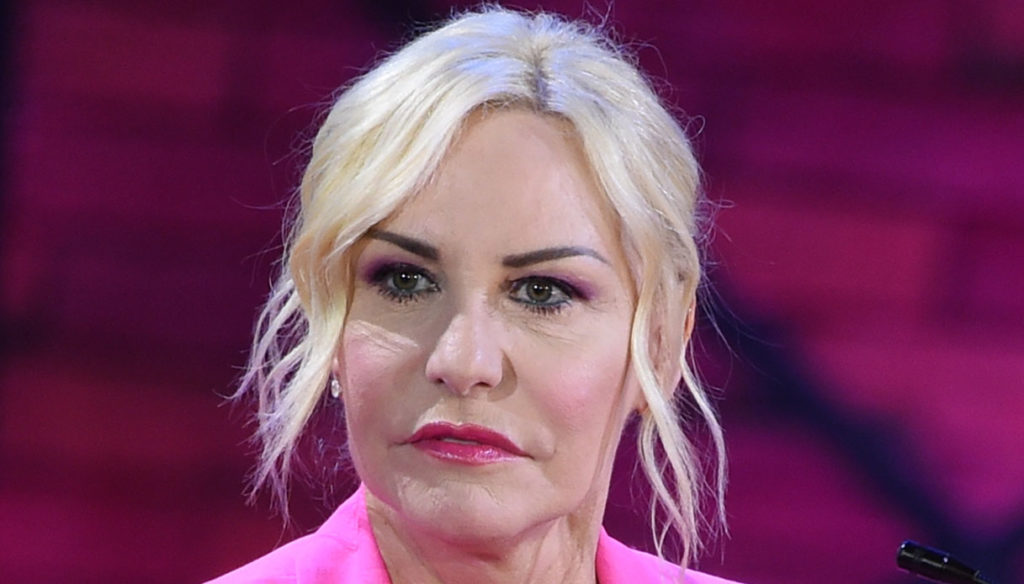 Antonella Clerici on Instagram writes her farewell to Sister Stella Okadar. The Franciscan nun protagonist of La Prova del Cuoco has disappeared in recent days, leaving a huge void in the life of those who had known and loved her. Among them Antonella Clerici, who had met her thanks to Sonia Bruganelli, wife of Paolo Bonolis, and had wanted her in her culinary transmission. On the Rai Uno show, Sister Stella Okadar presented a space with Andrea Mainardi entitled The devil and holy water.

Antonella Clerici wanted to remember the nun with a post published on Instagram. “It's a really terrible time – he wrote -. Hello Sister Stella you are in your Paradise. She was too strong, nice, charismatic she had been introduced to me by Sonia Bruganelli ". Among the first to comment on Sonia Bruganelli and Andrea Mainardi who explained: “Anto as soon as you called me I was speechless. We had heard a short while ago where he had written me a beautiful message for my dad. Do you remember when we tried to make her drink my cocktails on the show? ".

Sister Stella Okadar was the author of several cookbooks, among her most famous titles were What passes the convent and Tarragon and holy water. She taught at the Sacred Heart Institute in Rome and was a volunteer at the Regina Coeli prison. Andrea Mainardi also wanted to publish a shot of the Chef's Test, recalling the sympathy and strength of Sister Stella: “Immense Sister Stella… You wrote to me recently for my dad, and now it is I who am writing to you. The devil and holy water, how much laughter, you always had a word for everyone … Rest in peace. Your little devil ”.

Just a few days ago Antonella Clerici said goodbye to another fundamental person in her life. During the show It's always noon, the presenter was informed of the death of Gianfranco De Laurentiis, a RAI journalist with whom he made his debut at Dribbling in 1990. "I'm sorry if today I'm not really at my best – he confessed -, I know that there is there is so much suffering in many homes, which continues every day. My attempt is always to say that for an hour and a half we try to do what we do at home, in company. I will try to do it even now, because my problems are everyone's problems, we all live the same dramas. I go on remembering my Gianfranco, a teacher, a friend and a father ”. 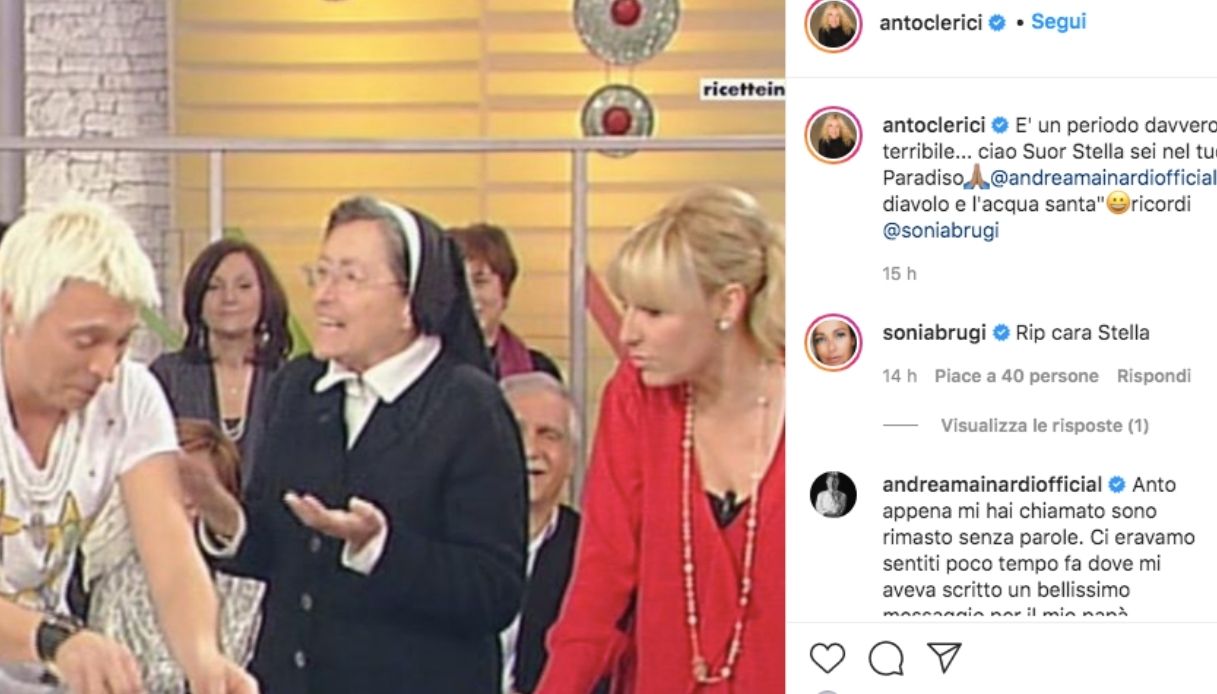