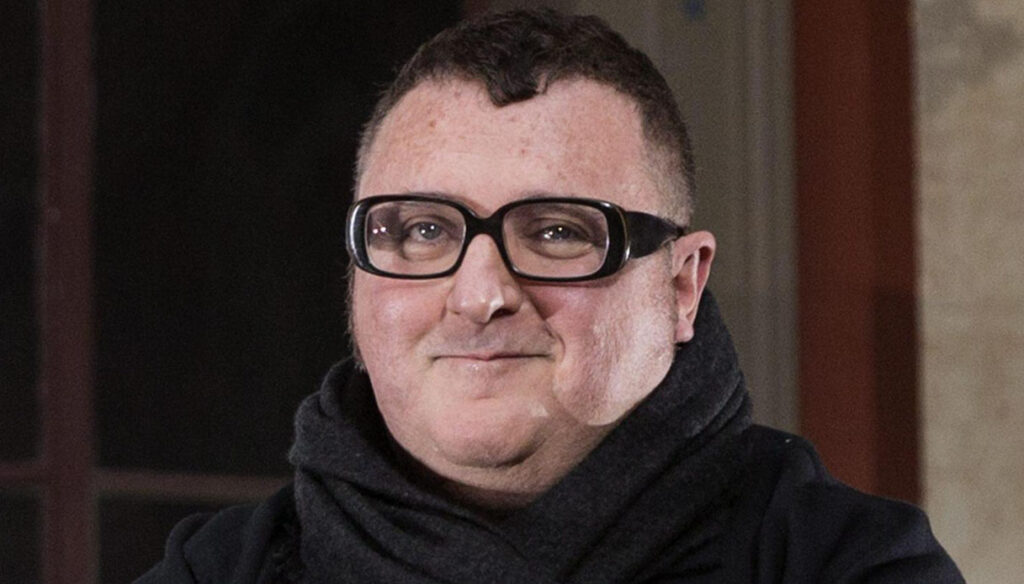 The designer behind Lanvin's rebirth passed away at the age of 59: the causes of death are still to be clarified

The fashion world mourns the death of one of its greatest talents, Alber Elbaz, the man behind the rebirth of Lanvin who had recently returned to the fashion system with an ambitious project.

The designer died on the evening of Saturday 24 April at the American Hospital in Paris at the age of only 59. The causes of the untimely death have not yet been made official, although some French newspapers attribute it to Covid.

“You made us dream, you made us think and now you fly. Love, trust and respect, always ”, reads the Instagram profile of AZ Factory, his latest creative venture born from a joint venture with the Richemont group. And there are no better words to describe the talent of this designer, who with his smile and his desire to innovate had made himself known all over the world first as a new promise, then as a true proponent of the relaunch of a brand that he now looked as stale as Lanvin, to which he gave new life and a fully recognizable image.

“I lost not just a colleague, but a close friend – Richemont founder and president Johann Rupert said in a statement – Alber had a well-deserved reputation as one of the brightest and most loved figures in the industry. I have always been impressed by her intelligence, sensitivity, generosity and unbridled creativity. He was a man of exceptional warmth and talent and his unique vision, sense of beauty and empathy leave an indelible impression ".

Born in Casablanca in Morocco on February 6, 1961, of Israeli origin, Elbaz was trained in New York, where he began working for the American designer Geoffrey Beene. A few years later he became the creative director of Guy Laroche, finally landing in France, in that Paris that had always been his goal. In 1998 another of her career dreams came true, that of designing the women's prêt-à-porter collection for Yves Sain Laurent. A dream that however has a short duration, because just over a year later the maison was acquired by the Gucci Group which entrusted it to Tom Ford.

Alber Elbaz then arrives in Milan at the court of Mariuccia Mandelli and her fashion house Krizia, but this collaboration is also destined to end soon, just the time of a season. Stubbornness, seriousness and an incredible vision of what fashion needs in that period, in 2010, make her destiny meet that of Lanvin, who in that period needed a clear change of course and decided to trust blindly in his hands.

Five years of triumphs, covers and glory will ensue. There are many stars who choose him to be dressed on the most important occasions: from Nicole Kidman to Natalie Portman, Chloë Sevigny, Sofia Coppola. Meryl Streep, Demi Moore, Catherine Deneuve, Kate Moss, Uma Thurman, Julianne Moore and Gwyneth Paltrow.

Then, in 2015, the choice to leave and move away from the fashion system. Only a few capsule collections will follow, before the expected return last year with the new project, once again an idea projected towards the future, the "dream of intelligent and committed fashion. Her inclusive vision of fashion made women feel beautiful and at ease by blending traditional craftsmanship with technology, creating highly innovative projects that sought to redefine the industry, "concludes Rupert. Because Alber Elbaz was like that, he loved to dress all women and wanted his fashion to suit everyone and could make anyone happy.

“Our job as a designer is to listen, to understand. Throughout my career I have always worked with women and for women ", he declared in 2019 in a sort of prophecy of what women would ask and want: to be loved as they are and to find someone ready to follow their wishes. and not the other way around. This was Alber Elbaz: a visionary, a talent with his own personal vision, but always close to people.

Federico Viri
883 posts
Previous Post
Draining massage to combat water retention
Next Post
Panicucci, the memory of the loss of his father: "There are no goodbyes for us"