First the smiles, then the fear for Agnese in the crazy night of the Olimpico 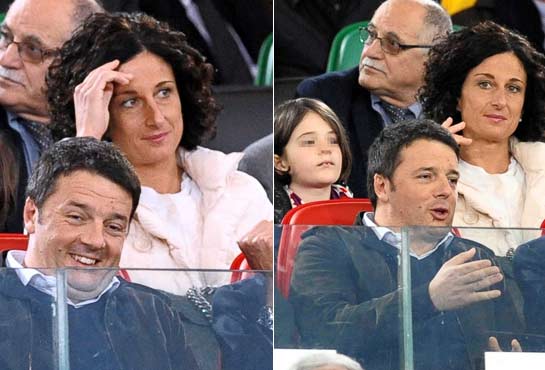 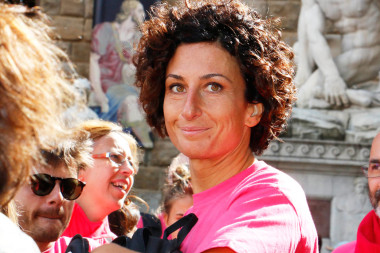 In the ordinary evening of collective madness that took place on Saturday evening at the Olympic stadium, between Genny 'in Carogna and the uninterrupted and absurd sequence of negotiations and the explosion of paper bombs, smoke and whistles, she was there too. Agnese Landini, Matteo Renzi's wife, sat behind him in the grandstand to watch what he thought should look like the Italian Cup final.

Agnese shaking hands with Cesare Prandelli, technical commissioner of the national team and former Fiorentina coach. Agnese taking photos of her three children excited at the idea of ​​attending a football match, who sit next to her waiting for the match to begin, which was to be an example of management by the top management and public security.

Agnese who occupies a seat from which she gets up to embrace Ester, the youngest of her three children frightened by the sound of paper bombs, launched by the ultras in those minutes that preceded the delayed whistle of Fiorentina-Napoli. Nothing that has to do with football.

Matteo Renzi speaks with Andrea Della Valle, with Giovanni Malagò, with the representatives of the institutions who are present there for the occasion. Before his arrival at the Olimpico, the President of the Senate, Pietro Grasso, on his Twitter account launched repeated warnings to the microphones of Rai, but when the decision had already been taken. After a slow and inexplicable state-ultras negotiation started.

While Francesca Pascale in the stands wraps a Napoli scarf around her neck, while Agnese embraces frightened Esther. In what could have been a football evening.