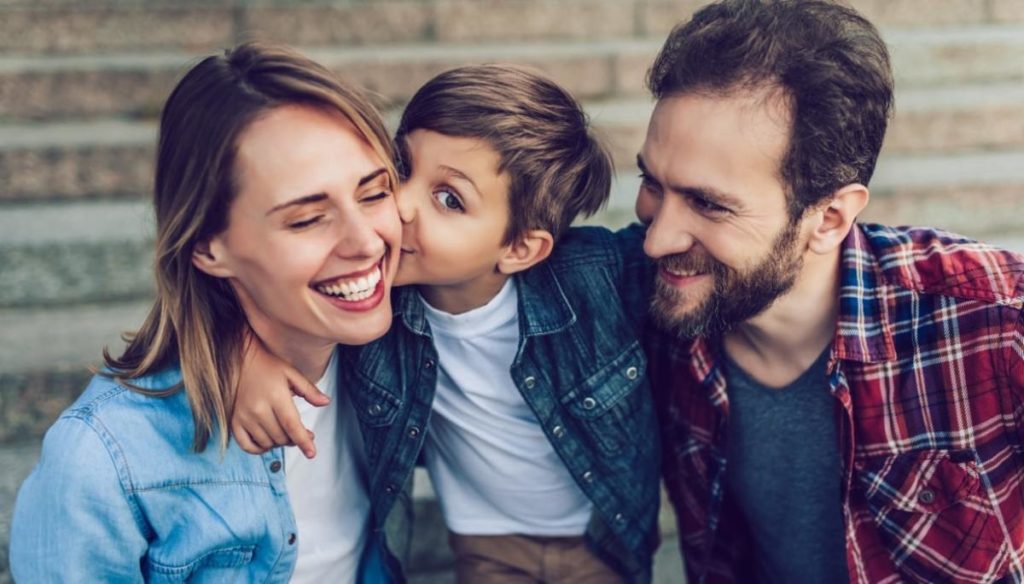 Forcing the child to give kisses and hugs is a wrong behavior: here are the risks involved

How many times, as moms, have we asked our child to kiss our grandmother, uncle or a friend of ours? How many times, with the baby in our arms, did we find ourselves "facing" those requests for affection? In all probability, in good faith we will have asked our child to give him that kiss, to hug his grandmother or to caress his cousin. Nothing could be more wrong: the experts speak of "forced affection", and avoiding it is important.

Although most believe that forcing the child to show his affection drives him to lie about his feelings, or to manipulate others, there is something else. Among the consequences of forced affection, there is a decidedly negative teaching: forcing one's child to show affection when he does not want to, he is sent the message that he is not the master of his body, and that a stranger can force him to make a which he doesn't like to do. A consequence, this, that can influence in an important way its future relationships, especially adolescent relationships.

Although it is considered an innocent gesture, forcing a child to give a kiss means violating its comfort zone, and it causes discomfort, as it may think that – that space – can be violated by anyone. A renowned child psychologist explained this to CNN, in his article "I am not the owner of my child's body": touching a child who does not want to be touched is wrong, even if he is a member of the family. The kisses and the hugs are only his, and it is he who must decide to whom and when to give them. Mom and Dad, and adults in general, must respect the choice of the child, because – even at a very early age – he must be able to choose how to use his body and to whom he grants his affection.

What to do then if the child does not want to give his classic grandmother's kiss? Simply, we must not force it. And don't be afraid to ask adults not to bother him, and to respect his will. It is important that the child understands that he is the master of his body, that he chooses who to show his affection for. And that no one can force him to give a kiss or a hug. At the same time, it will be necessary to explain to the "refused" family member that the child does not have it against him, and that he loves him even if he does not show affection. Perhaps, if the child is already a couple of years, he can be invited to greet with a handshake, or with a five. Because it has nothing to do with the infectivity, the refusal of a kiss from a child.