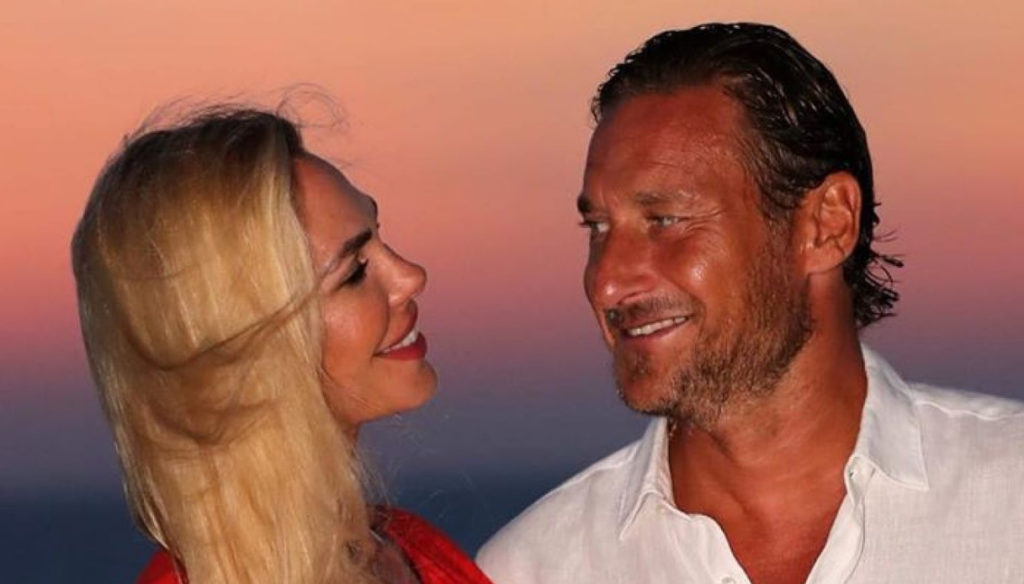 After the storm for Chanel's photos on the cover, Francesco Totti forgets the bitterness and smiles thanks to Ilary Blasi.

Francesco Totti forgets the bitterness and anger after the storm unleashed by the photos of Chanel on the cover and smiles with Ilary Blasi. The former Roma player has found peace of mind after difficult days thanks to the help of his wife. The two in recent weeks had been overwhelmed by the controversy related to a shot of their second child in costume published on the cover of Gente.

The image had infuriated the couple, causing a harsh reaction. On Instagram both Ilary and Francesco had shared a message. "I thank the director Monica Mosca – they wrote – for the sensitivity shown by putting the B side of my minor daughter on the cover without worrying about the increasingly evident problem of sexualization and commodification of the body of adolescents". A few days later, Monica Mosca's reply arrived, saying to Ansa: "I am very sorry and embittered by the reactions generated by the publication on the cover of Gente number 34 of the photo of Francesco Totti and his daughter Chanel, taken on the beach. As director, I have always intended to enhance women and more generally support family values: this was also the intent of this publication, in which we simply wanted to portray the Totti family in a moment of normality. In no way, of course, did we ever intend to get out of this objective ”.

As the days passed, Totti had not hidden his anger at the affair. "Do you believe in social media? Not me – he said in an interview with Repubblica -. I didn't even read them, until they pointed out some slobbering comments to the famous cover of Gente. Here, this is a story that has sent Ilary and me crazy. There will be legal consequences ”.

Now it seems that peace has finally returned to the family. This is thanks to the love between Blasi and Totti which, after years, continues to be stronger than everything. The former footballer posted on Instagram a shot that portrays him at sunset smiling happily with his wife. “Me and You”, Francesco wrote simply, to tell of an indissoluble bond. It was 2005 when the two swore eternal love: since then they have never left and the feeling that binds them has become increasingly important. With Cristian, Chanel and Isabel, Totti and Blasi have formed a united family that continues to give happiness and serenity to both.

Barbara Catucci
4893 posts
Previous Post
What happened to Veronica Lario, the ex-wife of Silvio Berlusconi
Next Post
The best exercises for facial gymnastics