Funeral of the Duchess of Alba: her husband’s tears, her grandchildren moved 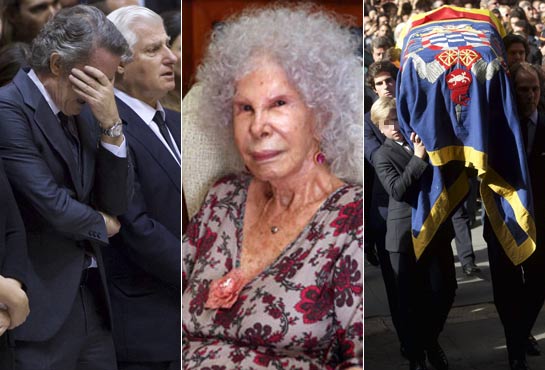 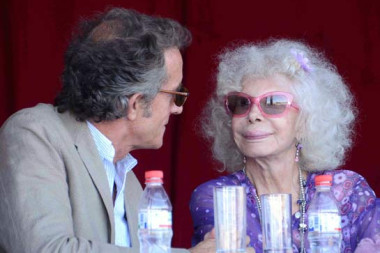 Goodbye Duchess of Alba: died at 88, queen of the pink chronicles

The doctors understood that the Duchess of Alba would never recover. This is why they allowed family members to bring Cayetana home (as friends called her), to allow her to greet the earthly world from her Palazzo de Las Dueñas in Seville, together with her six children and her young husband Alfonso (compared to her). .

A woman from Guinnes Book of Records left: she boasted over 50 noble titles, including 5 as a duchess and 18 as a marquise. And, listen, by protocol order, she was not required to bow before the Queen of England. The Duchess of Alba, well known in Spain and also across the border, was one of the undisputed protagonists of the blue blood pink chronicles. His first chatted love was a bullfighter, the legendary Pepe Luis Vazquez. But on the list is none other than Ali Khan, father of the current Aga Khan, the one who cemented the Costa Smeralda.

During Francoism, when she was still a child, her family took refuge abroad, first in Paris and then in London, where she met the noble compatriot Luis Martínez de Irujo y Artázcoz, whom she married in 1947. The first husband died of leukemia in 1972 and 1978, the year in Spain the Constitution enters into force, wedding again.

Her second husband is a former leftist priest and activist of the Castro-inspired Popular Liberation Front: Jesús Aguirre y Ortiz de Zárate. The Duchess of Alba remains a widow again. In 2011 she remarried a third time, this time with a 25-year-old former socialist civil servant younger than her: the plebeyo Alfonso Diez. A marriage disapproved of by Queen Sofia and opposed in all ways by her children, which she silenced by dividing her fortune among the heirs. The photos of her, portrayed that day while dancing barefoot in her pink dress, remain legendary.

After the war she went shopping at department stores, she used to take the train and did not disdain to go to gay clubs. Also for this eccentricity she was loved by the people: in Seville the crowd gave her the last farewell by throwing flowers on the car that was carrying her remains.

To his heirs he leaves a truly remarkable patrimony, a downward estimate of one and a half billion euros (but we leave a question mark on the figure). Houses, castles and palaces, such as the Liria palace in Madrid. There will be an argument for the heirs, there is a bet.