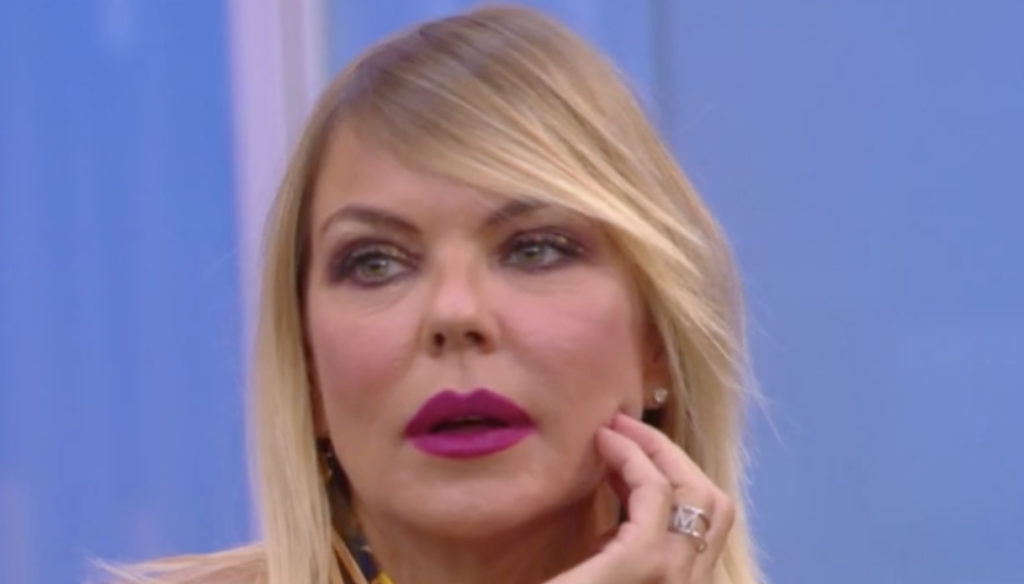 At the "GF Vip", the quarrel between Matilde Brandi and Antonella Elia breaks out, while Guenda Goria opposes the group

In the tenth episode of GF Vip, Guenda Goria clashes with the group, while the long-distance dispute breaks out between Antonella Elia and Matilde Brandi. Alfonso Signorini, as always, proves to be a skilled conductor, capable of guiding the episode without jerks, passing from one register to another and giving us moments of great emotion.

So here are the votes to the protagonists of the tenth appointment with the GF Vip.

GUENDALINA GORIA – Strong and fearless, Guenda does not conform to the thinking of others and is not afraid to have her say. Maria Teresa Ruta's daughter has a sensitive but very combative soul and she proved it in the tenth episode of GF Vip. When Matilde Brandi accused her mother of driving her nominations, Guenda was furious: “Do you think my mom is in control of my thinking? I have my independence, ”he thundered. Convened in the Confessional, she then explained the situation to Alfonso Signorini: “The group was born out of elective affinities. They have chosen each other, then all the others come – he said -. The group is becoming increasingly good and aggressive against those who are not part of it or have a different thought. Matilde and Elisabetta dragged Pierpaolo, Enock, Andrea, and there is a tendency for everyone to rally around this group ". Elisabetta Gregoraci replied immediately: “I don't feel like a pack leader – he clarified -. Many people made fun of me because when I was in the cucurio because I missed the others, but I really missed them. I didn't get to know Guenda in the cucurio because she slept 15 hours a day and I made her gnocchi and cleaned. She managed to isolate herself there as well ”. Guenda may not like him, but he is a free spirit and does not conform to the thoughts of others. She has courage and this must be recognized. VOTE: 8.

MATILDE BRANDI – Thanks to the group or the dynamics of the game, it is still difficult to fully understand the showgirl. Certainly part of her came out during the last episode of the GF Vip where she had a heated fight with Antonella Elia. In fact, the columnist defended Guenda Goria and this did not please Brandi who was furious. From there was born a rather heated confrontation between the two showgirls. "Matilde, darling, don't be forced, calm down – said Elia who teased Matilde -. I know that when you go out you want to beat me ”. The competitor then tried to tone down: “You know I love you and that I always call you”. Antonella replied immediately: “It's not true that you love me I came to your birthday aperitif and then we never saw each other again. We are talking about 3 years ago. Then I didn't go out with you anymore, I don't go out with your friends. You're being forced! ”. There is no doubt that Matilde is sincere even in her exaggerated reactions, but perhaps a little less aggression would not hurt. VOTE: 5.

ADUA DEL VESCO – After weeks in which he spoke only of the others, Adua finally decided to open his heart and show a suffering that no one imagined. The actress revealed that she suffered violence when she was only 12 years old. An experience that deeply marked her, pushing her towards the nightmare of anorexia. "My memories are clouded because my mind tries to erase – he explained – […] I knew that person, he gave me a ride in the car and I naively accepted without malice, because I was a girl […] I talked about it with my mother only two or three years ago, I felt guilty for a long time, I didn't want to hurt my mother ”. Adua was then moved by recalling her battle against anorexia. “I don't even know how I was able to reduce myself to that condition – she said – […] For me it was an emotional outlet, for every person who hurt me I took away food. Together there was a lot of depression, I locked myself in my room and didn't want to talk to anyone ". In the tenth episode of GF Vip we finally met Rosalinda and, with her frailties and her wounds, she seems to us a wonderful woman. VOTE: 9.

ELISABETTA GREGORACI – Do you like Pierpaolo Pretelli or not? The showgirl continues to take one step forward and two steps back in the relationship with the former veil of Striscia la Notizia. A week ago she announced that she already had another love out, but once in the cucurio she often thought about the model so much that, after leaving, she kissed and hugged him. Signorini therefore chose to subject them to a sort of interrogation. He asked Pierpaolo what he liked about Elisabetta: "The look", he replied, while Briatore's ex-wife was more generic: "That he is a very good boy". Different answers also to the question of how many chances there would be to start a story in the House: Pretelli yelled a good 10, while Gregoraci explained: "In the house 3 out of 10, maybe 5. I love him, but I don't know …" . Perhaps the time has come to clarify. VOTE: 5.

Barbara Catucci
5343 posts
Previous Post
Meghan Markle, William and Harry in the showdown because of him
Next Post
Belen Rodriguez happy again with Antonino. And Stefano de Martino changes his look