GF Vip 2020, Dayane against Bettarini, Oppini talks about Parietti: the report cards of the sixteenth episode 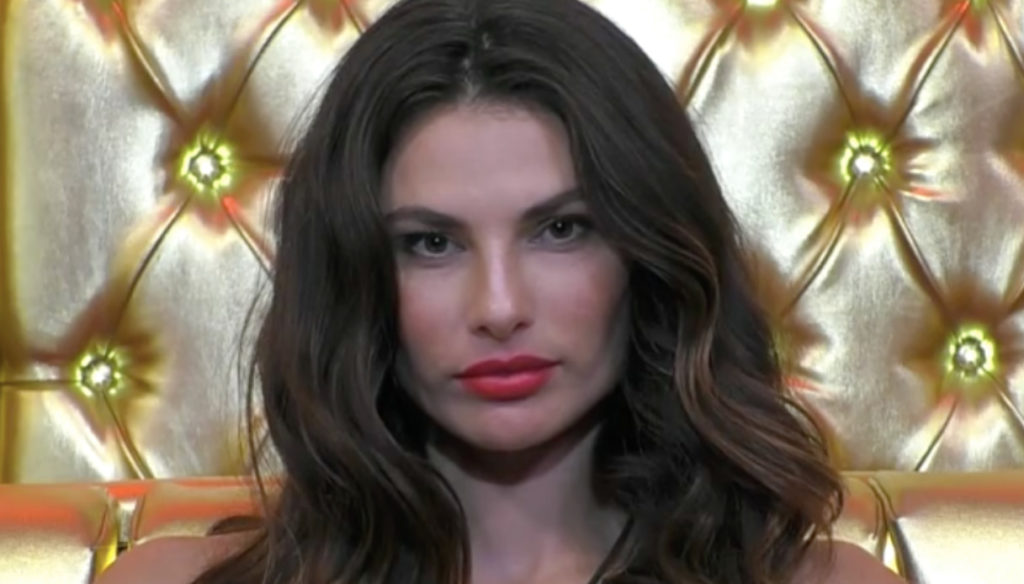 The clash between Bettarini and Dayane, Oppini's confessions about mother Alba Parietti: the report cards of the sixteenth episode of "GF Vip"

Clashes, confessions and cult moments: the sixteenth episode of GF Vip kept viewers glued to the screen. Alfonso Signorini, now an excellent landlord, has shaped the reality show, creating a container in which we discuss important issues, laugh, get angry and fall in love. Lightness is guaranteed, as are food for thought. To give them is a well-assorted cast and commentators who know how to prod the competitors in the right way. Like Antonella Elia who, volcanic and irreverent, was able to move the non-story between Elisabetta Gregoraci and Pierpaolo Pretelli from stillness, pushing the showgirl to come out.

Our report cards to the protagonists of the sixteenth episode of the GF Vip:

DAYANE MELLO – The meeting with Stefano Bettarini, new competitor of the GF Vip, could have gone better, who immediately turned into a clash. In fact, Simona Ventura's ex-husband and the model had a very brief flirtation in 2017 and since then relations have never been good. Dayane immediately showed he did not like the presence of the former footballer. "I didn't expect it – said Mello, commenting on the entrance of the ex -. But perhaps the time has come to clarify. Just a fuck […] I remember my last day in Honduras – he added -, we had a one night meeting. This cover was a stolen photo, not from me. Once in Italy I found myself on the cover. I'm pretty sure it was organized by Betta ”. Words that Stefano Bettarini did not like: “If we can call ours“ history ”- he clarified -. Did Dayane say "fucked"? It hurts me because I said I would have been caught. When we started the island, I didn't even know who he was. Indeed, it was an author who immediately told me that she had already said I like the correspondent ". Alfonso Signorini took care of restoring the truth and cleared Bettarini: the former footballer did not sell any paparazzi, so the discussion ends with Dayane Mello apologizing to the ex. The GF Vip has started for over a month now, but it is not yet clear whether the model is an overly naive girl or a fine strategist. Certainly he is not exposed to much and changes his mind quickly. VOTE: 5.

PIERPAOLO PRETELLI – His stay in the House of GF Vip risks being remembered only for his flirtation – never born – with Elisabetta Gregoraci. Also in the sixteenth episode there was talk of the push and pull between Flavio Briatore's ex-wife and the model. Pierpaolo does not seem willing to accept the advice of those who asked him to continue the path alone in the reality show and on live he admitted that he had lost his mind for the showgirl. “I left to stifle the feeling I feel – he clarified -. In love is a strong word, but I am infatuated, involved. I feel a strong physical attraction, I like it a lot. There are moments, even if only with a look, when the stakes are lowered ”. Gregoraci appeared firm regarding the desire to create only a friendship with Pierpaolo: "There were times when I lowered these stakes, then I raised them. I don't think I'll lower them again ”. Perhaps for the former strip of Striscia la Notizia it would be time to look forward. VOTE: 4.

GIULIA SALEMI – Volcanic, ironic and unpredictable, the influencer did not disappoint the expectations of those waiting for his entry to the GF Vip. Giulia was welcomed into the cucurio by Tommaso Zorzi who introduced her to the other tenants, then the model took part in a test in the pool. The moment ended with a small accident, fortunately not serious. Giulia solved everything with a laugh and will certainly bring a burst of positivity to the House. Former gieffina, in the last edition she had lost some of her irony due to the troubled history with Francesco Monte. Now the revenge seems to have arrived. VOTE: 9.

FRANCESCO OPPINI – After the terrible sentences of last week, Francesco threw off the mask to talk about his relationship with Alba Parietti. A strong woman, often uncomfortable, but above all a very present mother with whom she has a very strong relationship. “Sometimes I'm a bitch, because I fight over it and it bothers me – he admitted -. At 38 I can't fail to have made my mother realize how much I would like to know how she really is. Tommaso Zorzi also expressed himself on the subject: “The greatest discomfort is that my mother always puts me in front of the truth when I speak to her – he revealed -. Because she knows me and I avoid her many times because she makes me face things I don't want to face ”. VOTE: 8.

Barbara Catucci
5769 posts
Previous Post
Goodbye to Stefano D'Orazio, the last farewell of the Poohs: "Our friend forever"
Next Post
Kate Middleton, Harry would have cut off all relations with his grandchildren