The love story between Manuel Bortuzzo and Lulù Selassié, born at GF Vip 6, is over: the official announcement and the reasons for the breakup 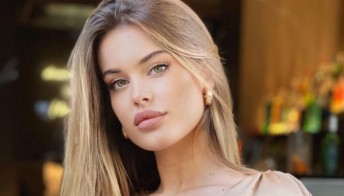 They made us dream at GF Vip 6. Their love story enchanted the public beyond any doubt: Lulù Selassié and Manuel Bortuzzo were a symbol of the sixth edition, conducted by Alfonso Signorini and then won by Jessica Selassié. But the love that was in the House has not found a match in real life: at least these were the words of Bortuzzo, with whom he made official the end of the bond that united him to the Princess.

“In this month since the end of the GF Vip we have understood that considerable differences of opinion between us can no longer be overcome. Unfortunately we tried, but it is not possible to continue, from today everyone goes on his way, without rancor ”. Few words, but significant: so Bortuzzo decided to make the official announcement of the break with Lulù, reported by Ansa, also explaining the reasons for avoiding conjectures by the fans. “I sincerely thank all those who supported and loved me and Lulu and believed in us, but unfortunately that of the Casa del GF remains a wonderful parenthesis that has not been able to find confirmation in real life”.

Lulù Selassié also claimed that the news is true and confirmed the breakup. Compared to Manuel, however, he wanted to add some information, making a clear reference to “third parties who have unfortunately interfered in the relationship. They got in the way and always tried to turn us against ”.

The beginning of the bond between Manuel Bortuzzo and Lulù Selassiè was not the rosiest, actually. Inside the GF Vip House, Manuel has expressed some hesitations several times, and has often distanced himself from her. Then, however, as in fairy tales, the magic happened. They were hugely loved and followed by the public and, after the end of the reality show, the projects were there, indeed. From living together to the desire to start a family together – Lulù admitted that she wants many children – unfortunately she has come to want to put a point on the story. And, according to rumors, for some time the couple had not been together as before.

The problems between Lulu and Franco Bortuzzo, Manuel’s father

Initially it seemed that everything was going well. Not recently, however, Lulù chose not to follow Manuel’s father, Franco Bortuzzo, on Instagram. And it was always Lulu who talked about uncomfortable third parties and her difficult relationship with her ex-father-in-law. “For me it is not compulsory to approach a person if you don’t understand each other, I’m real, I can’t pretend. We have different mentalities, I try to be friendly but if I see a closed attitude I don’t feel accepted and I’m sorry “.

There was still the desire to make things work: “We are planning to move house because he lives with his father, who is upstairs.” Unfortunately, however, in the end the bond did not survive the reality show. Obviously, the affection that bound them remains, but above all the strength they put into trying to go forward anyway.