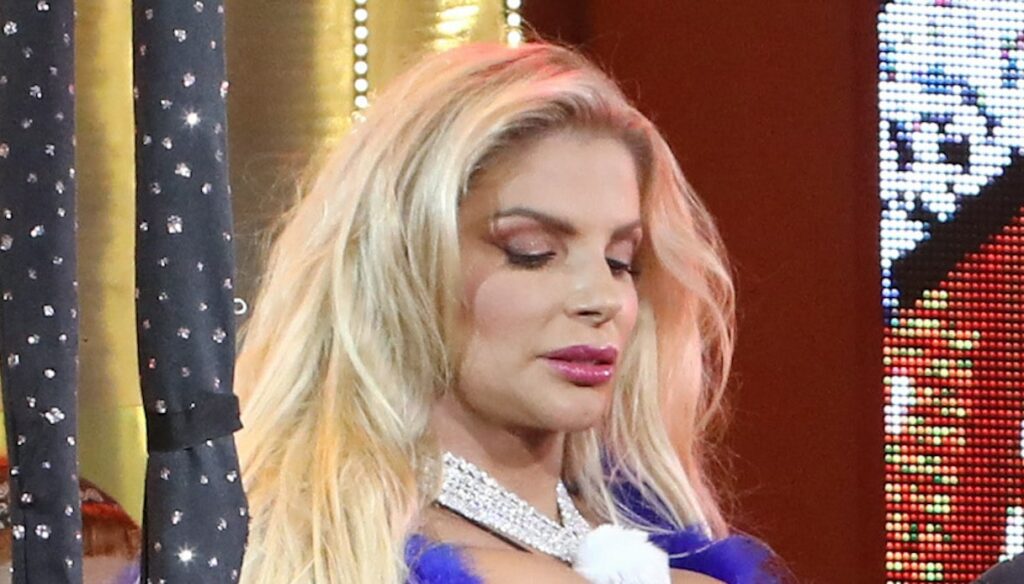 Francesca Cipriani is the victim of a joke by Giucas Casella, who cuts a lock of her hair: her reaction is furious

The fearsome game of the big button has claimed a new victim: it is Francesca Cipriani, the unwitting victim of a joke that made her lose her mind. Inside the Big Brother Vip House, the showgirl showed how much she cares about her hair. And when Giucas Casella cut off a lock of it, she got angry and chased it relentlessly.

For a few hours now, the VIPs have been grappling with a game that is putting them to the test. This is the big button, which the called competitors in turn must press accepting the consequences (usually punishments that are imposed on them by the production) for the common good, or a richer expense for the following week. When Clarissa and Giucas Casella were invited to play, the first was quicker and, when she discovered the kind of punishment she would be entitled to, she left everything in the magician’s hands.

In fact, it was a question of choosing a competitor to cut a lock of hair. Giucas, armed with scissors, slowly approached Francesca Cipriani while she was busy in the kitchen, and took advantage of her distraction to complete the task. A sort of revenge, if we want to see it this way: not long ago, the showgirl grabbed Casella by the hair, pulling a nice lock of it, in agitation at having seen her boyfriend again. Perhaps, however, the magician has exaggerated a little, especially considering that he has touched one of the “weak points” of Cipriani.

We have in fact learned that Francesca has a great predilection for her beautiful hair. Even in the Casa del GF Vip, she did not miss an opportunity to dedicate all her care to her, making a long series of wrong colors that brought her to the brink of panic – until Soleil Sorge was able to put a patch on it. It is therefore not difficult to imagine how angry she might have been to see Giucas with a lock of her hair in her hands. In a moment he started chasing him between screams and threats.

“Oh my God, now I really fuck up. I `ll kill you. You cut half my head of hair, but are you crazy? ” – the showgirl blurted out, trying to catch the magician who was running away from one room to another – “You’re done. This time you don’t get away with it. You are a finished man “. Very harsh words, but they were spoken in a moment of anger. On the other hand, we certainly cannot say that Giucas went lightly: given how much Cipriani is in love with her hair, he could have expected a reaction that was not exactly calm.

Fortunately, the other tenants, after an initial moment of bewilderment, did their utmost to restore calm in the house. By blocking Francesca to prevent her from reaching Giucas Casella, they managed to make her think. The bitterness remains for having lost a lock of hair, but the magician is safe. All is well that ends well, and he will certainly think about it a lot before doing such a thing next time.