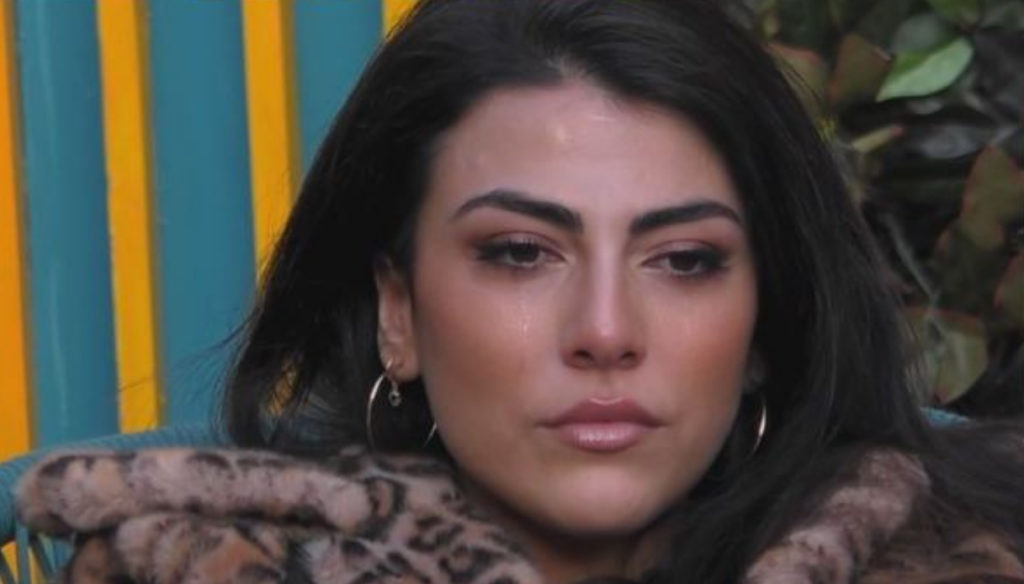 After approaching Pierpaolo Pretelli, Giulia Salemi at the "GF Vip" reveals that she is in crisis and thinks about the former Francesco Monte

After meeting Pierpaolo Pretelli in recent days in the GF Vip House, Giulia Salemi is experiencing a moment of crisis also caused by the memory of the former Francesco Monte. In fact, it is not the first time that the influencer participates in the reality show hosted by Alfonso Signorini. Some time ago, in the Cinecittà loft, Giulia had found love with Francesco Monte, a former star of Men and Women struggling with the pain of leaving Cecilia Rodriguez. The love story after the end of the program had continued even away from the television studios, ending shortly after.

After Elisabetta Gregoraci left the red door, Giulia got very close to Pierpaolo Pretelli with whom there is a strong understanding. The bond that is being created, however, seems to upset Salemi. "I am torn because I do not want to be influenced by the outside and live relationships with the utmost tranquility – she explained -, but I do not want to be the one to suffer the consequences of their relationships, their said and unspoken and their facts and not facts . I don't like having to block him when he gives me a hug or a cuddle because I'm conditioned. I feel like I'm reliving my Big Brother from two years ago, only that was MY story. This is not my story ”.

Giulia Salemi confided in Andrea Zelletta, Giacomo Urtis and Andrea Zenga, but above all with Stefania Orlando who encouraged her to do what she feels in the GF Vip house. However, the influencer reiterated that he feared above all that his presence would be seen as an obstacle to the bond between Pretelli and Elisabetta Gregoraci. "I don't want to be in the middle of a mechanism in which nothing is involved – he revealed -. I don't want to be a pawn. Then Giacomo tells me that there are cameras and that I shouldn't have come here then. So one has to distort here because there are cameras. I began to relive a state of mind that I have already experienced, the anguish and restlessness of not knowing what to do. In order to prevent people from thinking badly or being caught between clippettine and clippettucce, I am drastic and now I speak to Pierpaolo a tenth of what I did before ”.

Barbara Catucci
6502 posts
Previous Post
Pilates: what to eat before and after training
Next Post
Eliminate cellulite and fat: why choose a medical center?