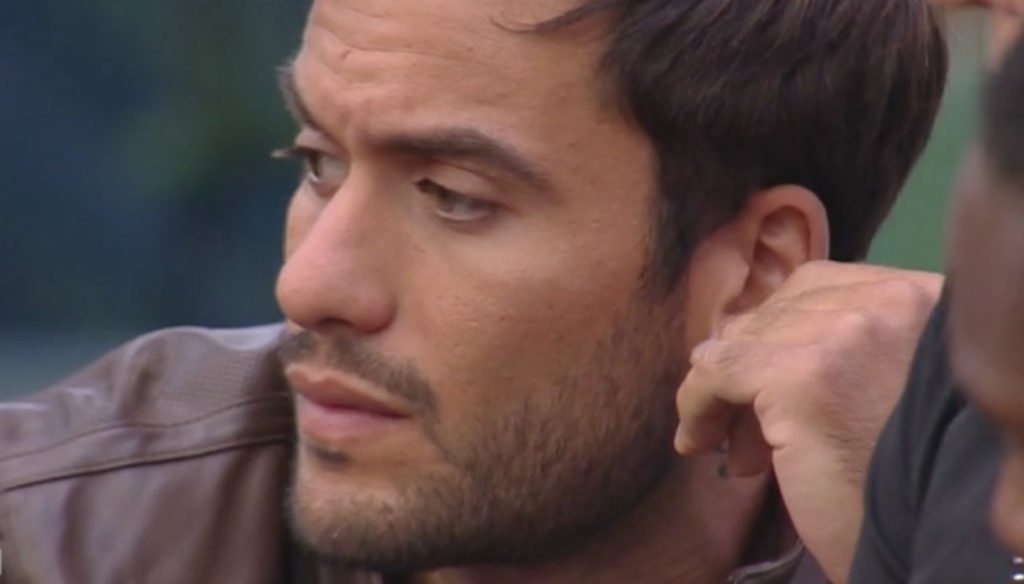 In the episode of January 29, 2021 of the "GF Vip", Andrea meets father Walter Zenga, Tommaso Zorzi collides with Giulia Salemi

The GF Vip continues his race towards the final and in the episode of January 29, 2021 he collides with Milly Carlucci's Il Cantante Mascherato. Alfonso Signorini on the occasion of the double appointment with the reality show staged the highly anticipated meeting between Walter Zenga and his son Andrea who in the past live shows had talked about their difficult relationship. There is also space for the clash between Tommaso Zorzi and Giulia Salemi, who left after the beginning of the love story of the influencer with Pierpaolo Pretelli.

Let's find out the cult moments and the report cards of the competitors in the episode of GF Vip on January 29, 2021.

ANDREA ZENGA – The meeting between the former goalkeeper and his son was highly anticipated, especially after Andrea's statements who in the last episodes had not hidden that he had an almost non-existent relationship with his father and that he grew up only with his mother, Roberta Thermal. Before entering the house, Zenga wanted to clarify his position, stating that he had difficulty following the growth of his children due to the distance. "I am a football coach and I live abroad, it is difficult to give continuity to relations – he explained to Signorini -. I am here because the time has come to meet him, but I would have handled the problem privately, without interference. Social media create negative situations and being insulted under the photos of their children was not nice ". The meeting, which took place in the garden, was rather cold. “You said you don't have childhood memories, I do – said Zenga, turning to his son -. You know that I am a separate person, who has lived in many countries, and I don't want to say that I have no faults, in the most absolute way. I am here and I wait for you. When you come out, on the last day, we meet and talk as men ". Andrea, visibly tried, asked his father to clarify with his brother Nicolò that, apparently, he would have suffered even more this situation. “You know what Nichi went through, if I were you I'd talk to him first. I have never closed the doors to you, neither he nor I have ". But Walter replied: “We only talk about you and me, we don't talk about other people, who are not here. I came here first because Rome was closer (…) The past must be erased for me. I want to speak to everyone individually ”. The question and answer was certainly not decisive and ended with the former goalkeeper asking for a match when the reality show is over. Shortly after, Andrea, inside the confessional, let himself go to tears. A touching moment that demonstrates the sensitivity of this boy who, perhaps, has still been given little space. VOTE: 8.

ADUA DEL VESCO (Rosalinda Cannavò) – The GF Vip has changed the lives of many competitors, most of all the actress who will certainly come out different from how she entered. She demonstrated this in the last episode of the reality show in which she revealed that she wanted to change many things that in the past made her suffer, also facing the relationship with her boyfriend Giuliano with greater maturity. Last week the boy, after leaving her, entered the house and proposed a cohabitation, declaring his love. The actress reacted with extreme coldness, convinced that she wanted to carry on her beliefs and find the happiness she has been looking for for some time. “My reaction surprised me too – he explained to Alfonso Signorini -. I'm sorry if I hurt him. But I was fully myself. And for the first time I saw myself as a strong woman, who manages to say what she thinks without being interrupted, without being afraid. I know he understood my intentions. I didn't close the door on Giuliano. I know that I will not have answers here but outside with him ”. A growth path that amazes and that gives us a strong and aware woman. VOTE: 9.

GIULIA SALEMI and PIERPAOLO PRETELLI – The couple is less and less convincing and the strategy that involved Tommaso Zorzi, who was denied (for now) the final, was not liked by the public. During the episode Giulia and Tommaso, who are friends outside the GF Vip House, confronted each other. The influencer expressed her sadness at not being chosen by her friend who instead preferred the former veil from Striscia la Notizia. "You have chosen love and not a friend – Zorzi ruled – but then why have you said for weeks that we are best friends outside? You played the victim until yesterday (…) Never say we are friends again ”. Pierpaolo tried to defend him and Giulia: “If I had been a strategist, I would have done a completely different path – he explained -. I would not have put myself with Giulia, to then have the planes against. I am honest to say that Tommaso deserves the final more than me. But I wanted to give Zenga an opportunity, who was close to me. I am very serene ”. His justifications, however, did not convince Tommaso that he sees a precise strategy behind the couple's choices. "I also take Pierpaolo's embrace, but by now I know that here is a" mors tua vita mea "- he said sincerely -. Now more than ever I am convinced that Pierpaolo has made a journey as a couple and not as a single ”. When the will to win at all costs no longer leaves room for feelings, it is difficult to cheer on a competitor, even when it comes to a couple. VOTE: 5.

MARIA TERESA RUTA – The confrontation with Alba Parietti for "the Alain Delon affair" could have been avoided, but the presenter, even in this case, showed great elegance. The question and answer on the dinner with the star continued for many minutes with pearls and jokes from the Ruta which once again focused on irony. "If Alba is a shark, I am a diver, I have an oxygen tank – he said, taking the attack of his rival -. Why didn't I sit with you that night and wait three in the morning? I take men for exhaustion ”. Unique, inimitable, splendid. VOTE: 8.