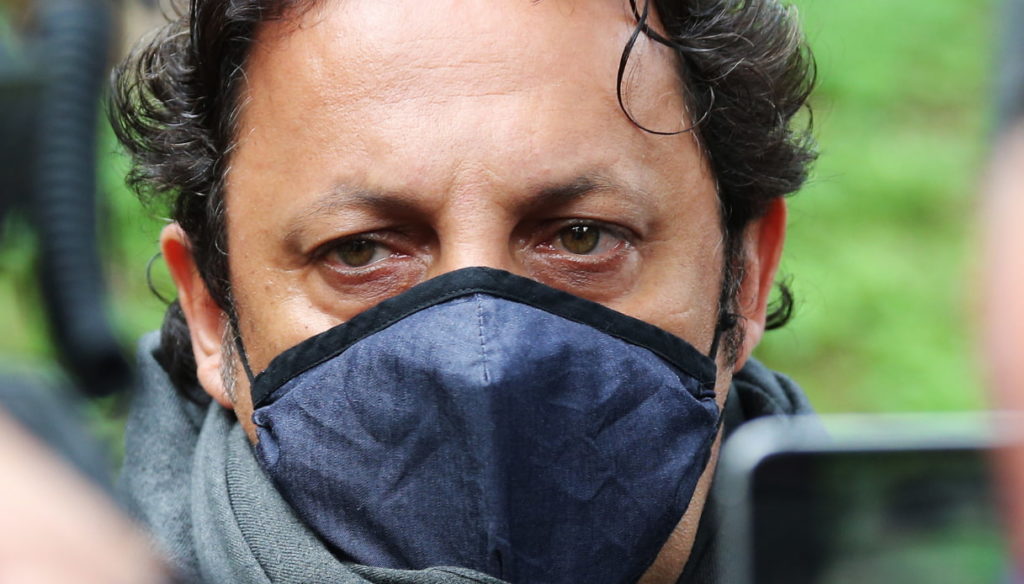 Enrico Brignano, a pupil of Gigi Proietti, lets himself go to tears during the last farewell to the actor and Paolo Bonolis consoles him

The death of Gigi Proietti deeply touched Enrico Brignano who was very close to the Roman actor. The day of the funeral was particularly difficult for the comedian who was able to count on the support of Paolo Bonolis and his partner Flora Canto. Proietti died on his 80th birthday, after a career marked by successes, divided between cinema, TV and theater. A great artist, but above all a man who managed to touch the hearts of many, with his subtle irony that has never been superficial.

On the day of his funeral, not only his partner Sagitta Alter and his daughters Carlotta and Susanna said goodbye, but also many friends and colleagues. Among them was Enrico Brignano who, since the arrival of the coffin at the Globe Theater, appeared very tired. The actor and student of Proietti took the stage to remember Gigi. “My Master, the moment of greeting has come – he said into the microphone, without hiding his tears -. If I had been as good as you I would have composed a sonnet or a poem … But I don't know how to do it and then I do it in prose in my own way, as I can best. Even if I find it difficult to find the strength to greet you, who have been my mentor. You were, you are, a giant we had to deal with. You were also our shelter when we needed it. Thanks Gigi, you were and are pure light. I like to imagine you peaceful on the journey you have undertaken, certain that you have done a good job … You will not be there for a while. See, I can't say you won't be there anymore ”.

Speaking also Marisa Laurito, Paola Cortellesi and Pino Quartullo, all artists who have known Proietti and wanted to thank him with moving and beautiful words. In front of the Church of the Artists in Piazza del Popolo, where the funeral ceremony was celebrated, Brignano had a failure. The actor burst into tears, visibly tried. To console him his companion Flora Canto and Paolo Bonolis. The conductor, who arrived to pay homage to Gigi Proietti, spoke at length with Enrico, placing his hands on his chest and showing great humanity.

Barbara Catucci
8483 posts
Previous Post
X Factor, Emma in tears defends Casadilego: "I'd like to lend you my eyes"
Next Post
Detox diet with horseradish, the root with antibacterial properties