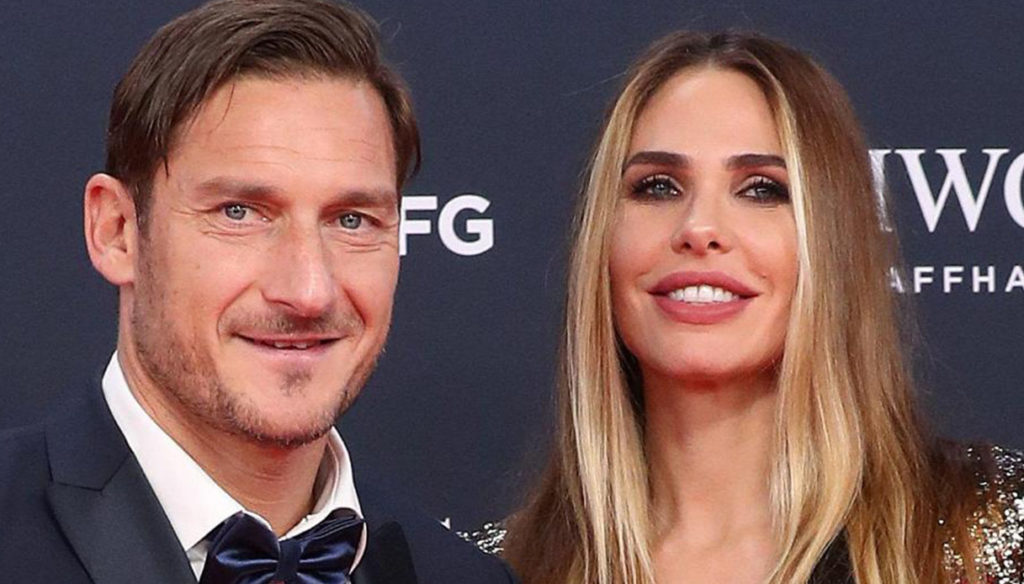 Francesco Totti has fun with his children in a choreography published by Chanel on TikTok, while mother Ilary remains on the sidelines

We have been used to seeing him unleashed on the football fields, but since he hung up his shoes Francesco Totti has started being a full-time dad and has also shown excellent skills as a dancer, lending himself to the requests of his children.

His latest performance sees him protagonist together with the three heirs as he goes wild trying to create one of the many choreographies that circulate on TikTok. The images posted on the most popular social network of the moment show the former footballer and his eldest son Cristian holding the other two young people of the house, Chanel and Isabel, on their shoulders.

Ilary Blasi does not appear in the video, who probably watches the scene amused from behind the smartphone and, indeed, is almost certainly the architect of the shot. Around them the house decorated for the holidays.

For the family of the former Giallorossi captain and the presenter, this will be a special Christmas, not only due to the restrictions that will affect all Italians, but because it will be the first without Francesco's father, Enzo Totti, who died just over two months ago.

"It will not be a Christmas like any other, I recently lost my dad, but when you have a close family you try to go beyond these bad things that unfortunately happen in life", Totti admitted to Verissimo.

The loss of his father was a deep pain for Francesco, who in those days had entrusted his greeting to Instagram: "Now my life will be different, because I grew up with important values ​​and that's why I want to thank you dad , for everything you have done for me, for making me a strong and courageous man, I will always love you my dad! "

Months, therefore, not easy for Totti and Ilary, who also tested positive for the coronavirus and had to do the quarantine in their villa in Axa, south of Rome.

From this very difficult period, however, the couple came out even more united and willing to move forward with a smile, trying to convey great serenity to their children and dedicating themselves body and soul to them. Ballets included.

Barbara Catucci
6542 posts
Previous Post
GF Vip, Andrea Zenga in crisis: "I feel out of context"
Next Post
Live, Gessica Notaro from D’Urso: her mother's courage is her strength