Italia’s got talent, the moments to be reviewed in the sixth episode 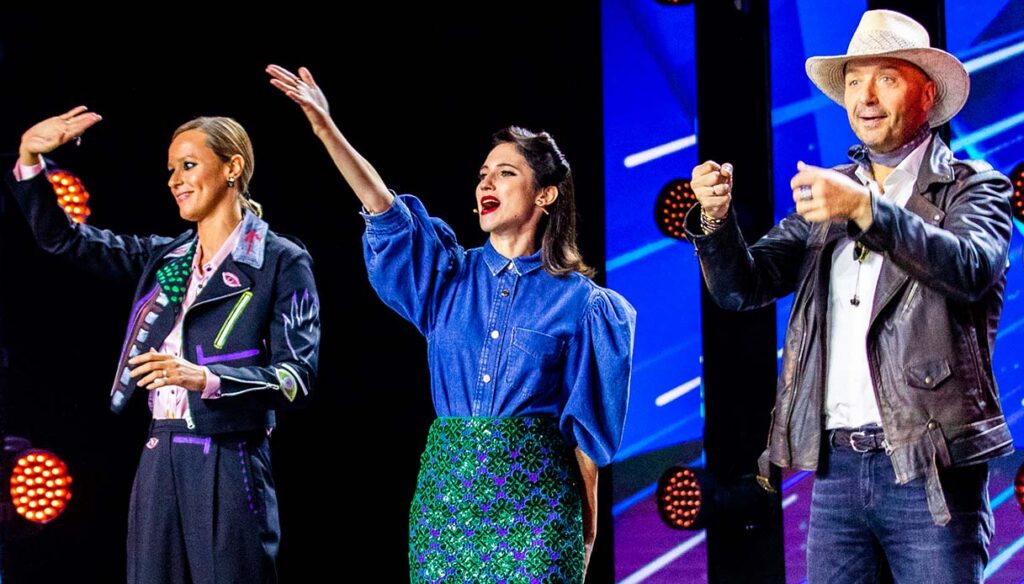 The final of the eleventh edition of Italia’s Got Talent is approaching, scheduled for March 23 on TV8 and for the judges it is becoming increasingly difficult to choose which talents to pursue during the competition.

The sixth episode of the show was full of energy and rock 'n roll, with performances that left the audience and the jury of Mara Maionchi, Frank Matano, Federica Pellegrini and Joe Bastianich speechless.

The latter was one of the protagonists of the episode, having finally crushed the Golden Buzzer which allows direct access to the final for a lucky competitor. While the other judges had already made their exciting choice, Joe had always pulled back, waiting for the right moment that would have excited him the most. And so it was with the Negma Dance Group, a pair of brothers who brought an amazing performance to the audition stage.

Federico and Francesca, this is the name of the two boys, presented themselves with an Indian dance accompanied by the rest of their team. The unusual choice derives from the love for India that won them over during one of their travels and that they wanted to pay homage with a choreography full of enthusiasm, color and rhythm. The judges appreciated the passion of the Negma Dance Group, which also conquered Mara Maionchi, initially perplexed. Then the choice of Joe, who surprised everyone by getting up and using the Golden Buzzer.

Together with them in the final will also go Dress in Black, a group of friends, teachers and students united by a passion for rock, which prompted them to present themselves at Italia's Got Talent as the first female AC / DC tribute band in Italy .

Now only the seventh episode remains and therefore the competitors still have only two chances to access the final on Wednesday 23 March, one of which will be awarded through the Golden Buzzer of the studio audience.

The twelve finalists of the eleventh edition of Italia's Got Talent will therefore be definitively decided next week. Also scheduled for the seventh audition is the return to the stage of Enrico Papi, who had already been a guest in the fourth appointment of this edition.