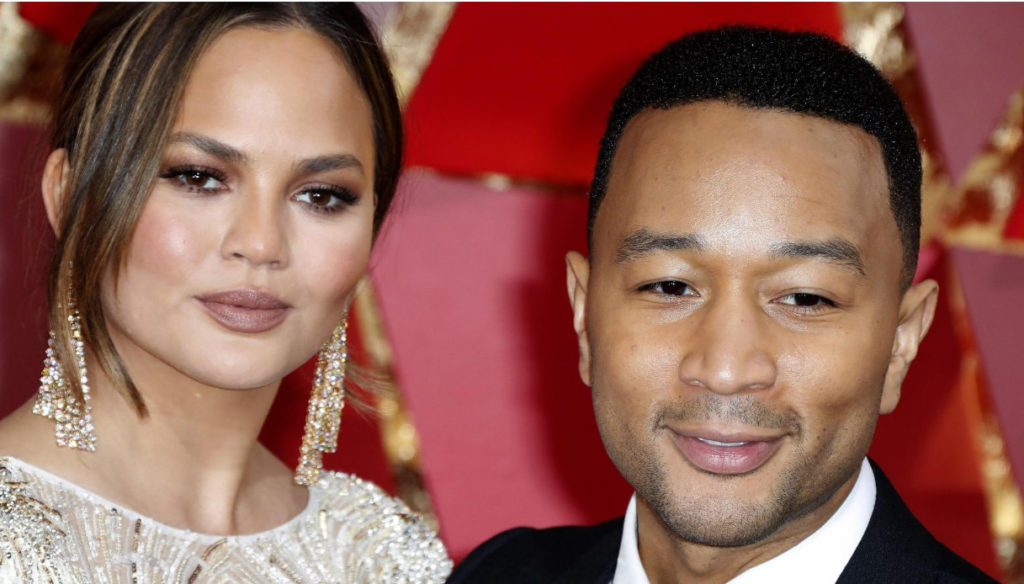 John Legend and Chrissy Teigen lost their baby: the model had a miscarriage. On Instagram the farewell message

Chrissy Teigen and John Legend lost their baby after a complicated pregnancy. This was announced by the couple in a touching post that appeared on Instagram, with photos and words that tell of an indescribable pain. Teigen had been hospitalized a few days ago due to a haemorrhage, in fact for some time she had suffered from placenta problems that made gestation difficult. A long silence, then the terrible news: the model had a miscarriage.

"We are suffering from a pain we have only heard about, the kind of pain we have never experienced before," Chrissy said. We were not able to stop the bleeding and give our baby the fluids he would need, despite bags and bags of blood transfusions. It wasn't enough ”. In the black and white images that the couple chose to post on social media, the model is in the clinic, in her bed, and is visited by doctors while crying in despair. Then husband and wife greet the third child for the last time, hugging him in their arms before saying goodbye.

Teigen revealed that she and John Legend wanted to call little Jack. "We never decide the names to give to our children before they are born, we do it just before leaving the hospital – he confessed on Instagram -. But for some reason he had started calling this little one in my belly Jack. So for us it will always be Jack. He worked hard to be part of our family and will be part of it forever ”.

Then the last, touching message to the child: "I'm so sorry that the first moments of your life encountered so many complications, that we couldn't give you the house you needed to survive. We will always love you ”. Last September People confirmed Chrissy Teigen's third pregnancy. Shortly thereafter, John Legend's wife revealed to fans that she would become a mother again after the birth of Luna and Miles. The announcement came in a particular way, with a frame from the video clip of the hit Wild in which you could see the top model's tummy. 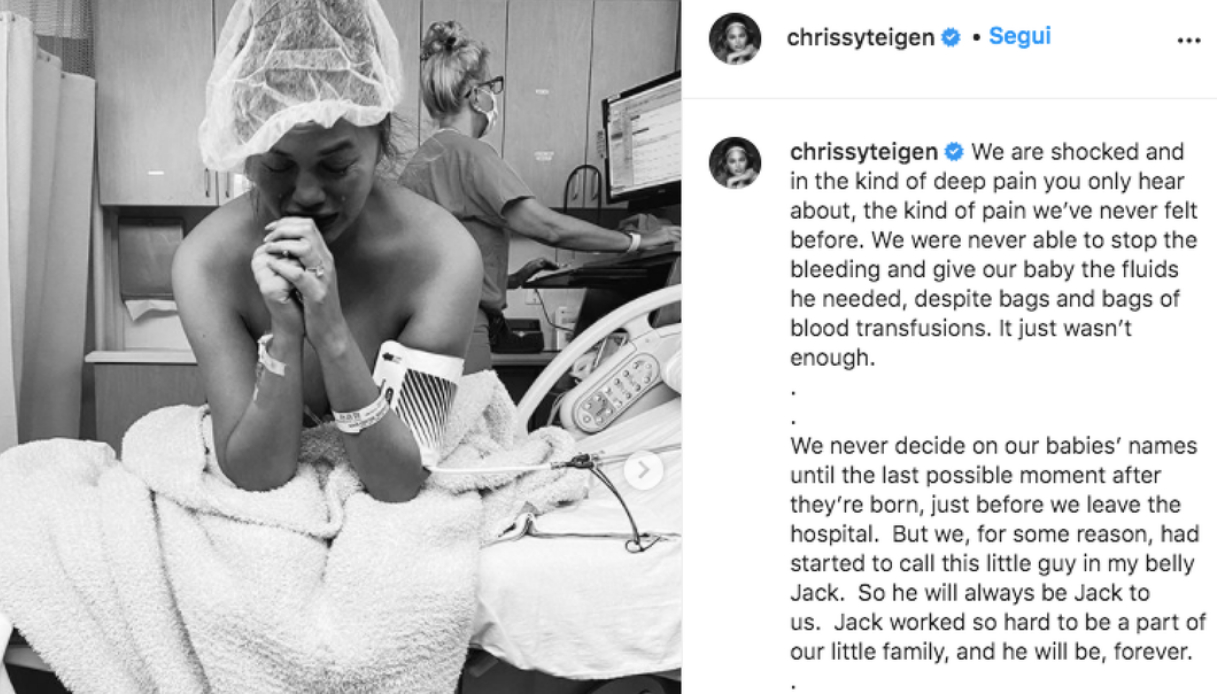