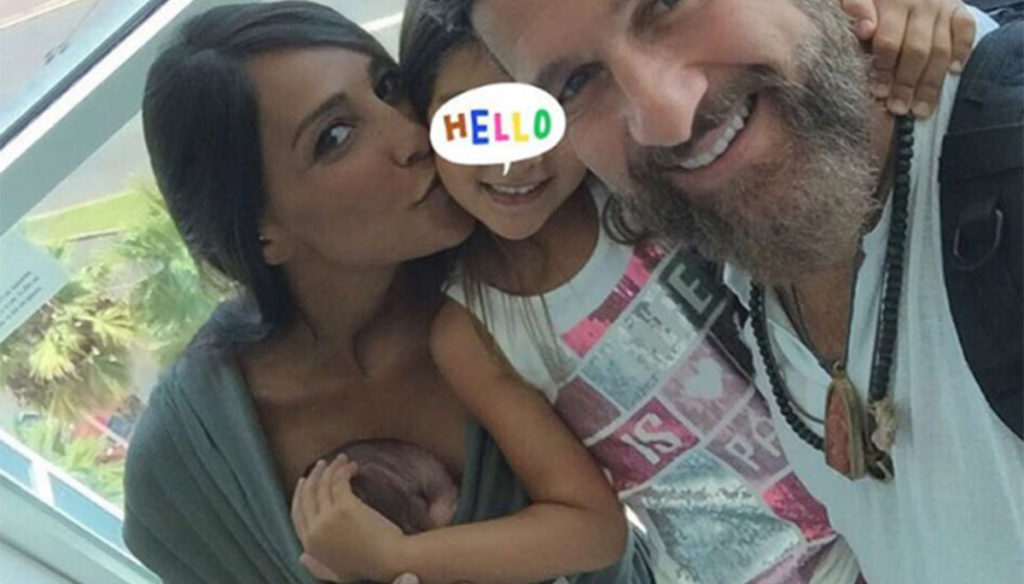 Juliana Moreira has finally given birth. The Striscia la Notizia showgirl gave birth to Sol Gabriel, making Edoardo Stoppa dad an encore. This was announced by Moreira herself, who shared a snapshot of the newcomer on her social profiles, presenting it to followers who have been following her with great affection for some time.

"Sorry if we disappeared for a few days !!!!" Juliana Moreira began, posting a shot that portrays her together with Lua Sophie, the other daughter born in 2011 and Edoardo Stoppa. Together with them there is also the little Sol Gabriel, nestled on his mother's chest. "Mahhhh, we have been a little busy … and the result is Sol Gabriel (in the photo you can see him very small in my baby carrier)" concluded Moreira, very happy at the idea of ​​holding the child in her arms. "This is his official welcome and his presentation to you !!!!!".

It had been Juliana Moreira herself a few days earlier to announce that she was about to give birth. By posting some photos on the baby bump social media and announcing that the contractions had started. After the rush to the hospital and the long wait, until the birth of Sol Gabriel, who now sleeps in the arms of his mother, originally from Brazil, and made Edoardo Stoppa very happy.

The couple, born in the studies of Striscia la Notizia, waited a while to have another child after the birth of Lua Sophie (who is now 5 years old) and the announcement of the second pregnancy came only when Juliana Moreira was no longer able hide the obvious belly. Now for Juliana Moreira and Edoardo Stoppa only the wedding is missing which, according to the latest statements, could arrive soon. "We will get married soon" Edoardo Stoppa announced some time ago "we have to decide where to do it and how to do it, if in Italy or in Brazil you would like to do something intimate".