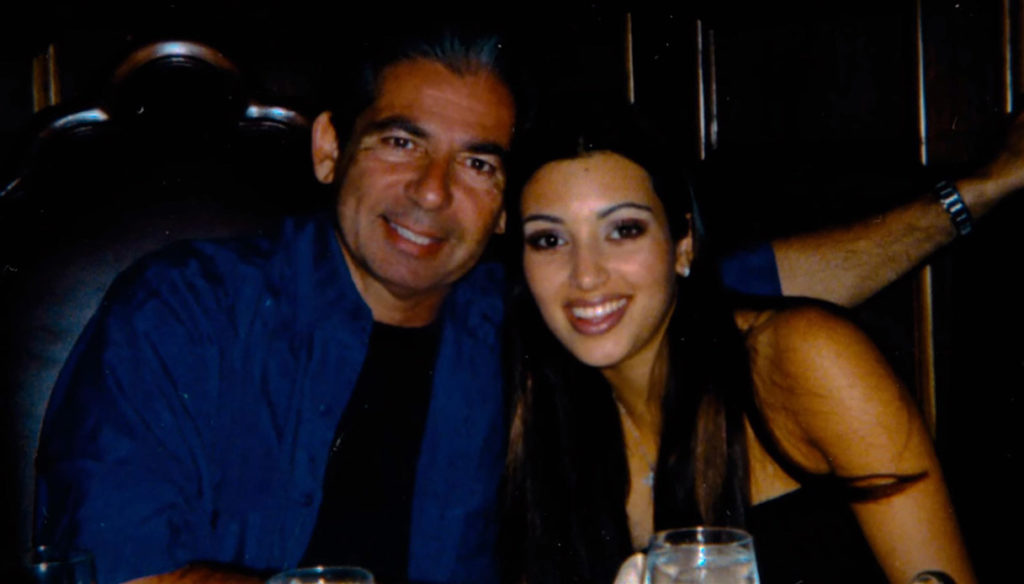 Kanye West gives Kim Kardashian, for her 40th birthday, a message from her father who died in 2003, in the form of a hologram created by artificial intelligence

Americans are kitch and tamarri at heart, but we love them for that too. Just think of the tackiness of many of their homes and outfits, the exaggerated and excessive decorations for the holidays and the conscious and smug ostentation of such bad taste.

The gift, which for many of us would be macabre and disturbing, for them “wonderful” that the already megalomaniac of his Kanye West gave to his wife Kim Kardashian for her 40th birthday is part of this trend. That is: a message from the afterlife (created thanks to artificial intelligence) from Kim's father, Robert, who died in 2003 of esophageal cancer. In the video, the man, in the form of a hologram, congratulates his daughter and congratulates her on the woman, wife and mother she has become, for the perseverance and energy with which she carries out her professional projects and, last but not least but not least, “for marrying (and procreating with) that genius of Kanye West”.

At a time when she was already in the eye of the storm, for taking family and friends on a private jet to the "Brando Resort" in Tahiti to celebrate her entry into the "wing". A $ 1 million party, which in this historical moment, of economic and health difficulty for all, seemed out of place. Especially for the excessive ostentation of the event by the interested parties.

Obviously Kim said she was enthusiastic and moved by the gift, which she promptly exhibited on social media, writing: “For my birthday, Kanye gave me the most thoughtful gift of my life. A special surprise from the sky. A hologram of my father. It is so realistic! We looked at it over and over again, full of emotion "

According to TMZ, West, during his dream vacation at Marlon Brando's Brando Resort in Tahiti "took Kim, her mom Kris, sisters Khloe and Kourtney and brother Rob to a dark room where the hologram was unveiled. .

Sources close to the family said the Kardashians saw Robert's hologram "several times" with guests before asking to be left "alone with it."

Rober Kardashian was a well-known Los Angeles attorney, a legal member of the infamous 'Dream Team' that won O.J. Simpson from the 1995 double murder charge. (Simpson was a close friend of Robert's).

In the video, lasting two minutes and 30 seconds, you can see Robert's hologram saying:

Happy birthday Kimberly! Look at yourself: You're 40 years old and grown up. You are beautiful just like when you were a child. I watch over you, your sisters, your brother and your children every day.

Remember when I drove you to school in my tiny Mercedes every day and we listened to this song together? (the man started joking to the rhythm of the 1961 hit Who Put The Bomp by Barry Mann, ed)

Then Robert's hologram taking on a more serious tone delivers a sincere speech to Kim about how "proud" he is of her and her achievements.

I am so proud of the woman you have become, Kimberly, and all that you have accomplished. All your hard work, all the businesses you have built are amazing.

But most impressive is your commitment to become a lawyer and carry on my legacy.

Robert says this last thing smiling and putting a hand on his heart. The man, in Kanye West's intentions, refers to Kim's current four-year apprenticeship program at a well-known Californian law firm, of which he has already completed a year, and to his goal of taking the bar exam in 2022-

It is a long and difficult road, but it is worth it. And I am with you every step of the way

Robert then expressed his pride in Kim's dedication to his Armenian "roots" and the frequent support he often shows for the country.

And here comes the beauty, because within such a dull message, the author's self-celebration could not be missing:

But the most important thing I've witnessed is watching you raise your family. You married the greatest genius in the world, Kanye West.

Keep doing what you're doing, Kimberly. You are a beautiful soul. Know that I am very proud of you and am always with you

I love you, Kimberly. Tell Kourtney, Khloe and Rob that I love them and that I miss them all. Don't forget to say your prayers

At that point, Robert's hologram vanished into darkness.

Kanye's gift clearly moved the entire Kardashian family, who (the sources say) "hadn't seen their father in such a realistic form for over 17 years"

The same sources say that Kanye worked on the project for months and spent a lot of time reviewing old footage of Kim's father to bring him back to life, spending hours and hours viewing old footage to study his movements and expressions. What can I say, we appreciate (at least) the commitment … 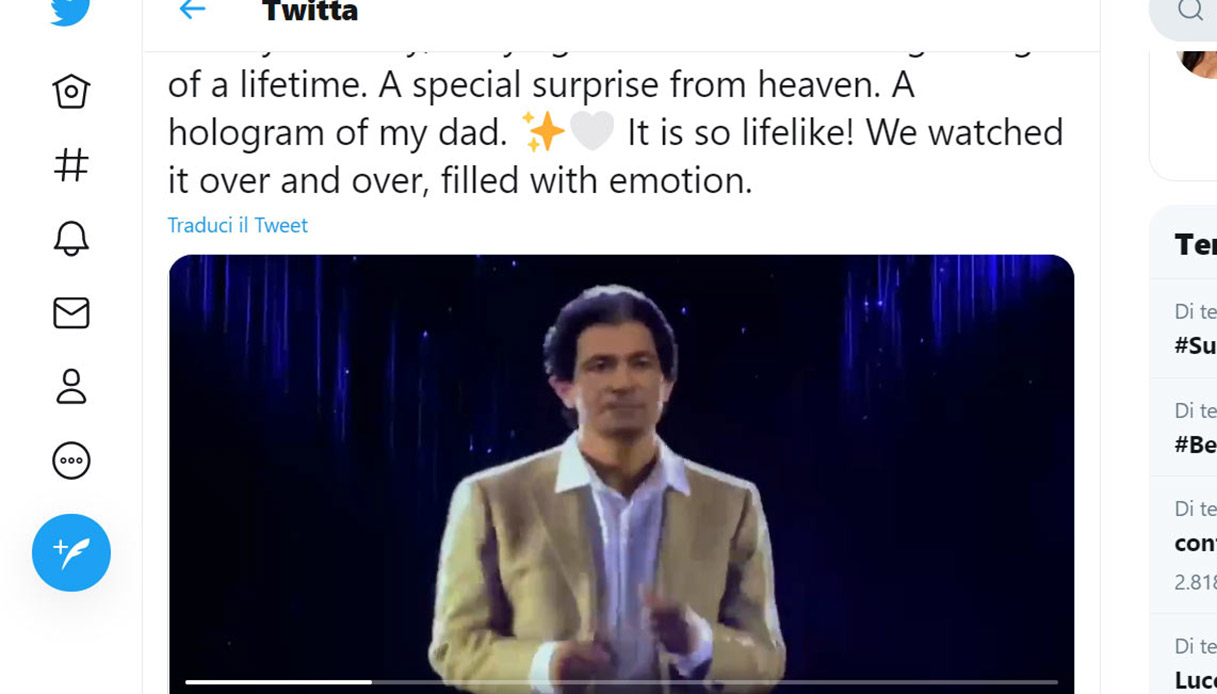