Kate Middleton impeccable with the Queen. And a suspicious belly appears 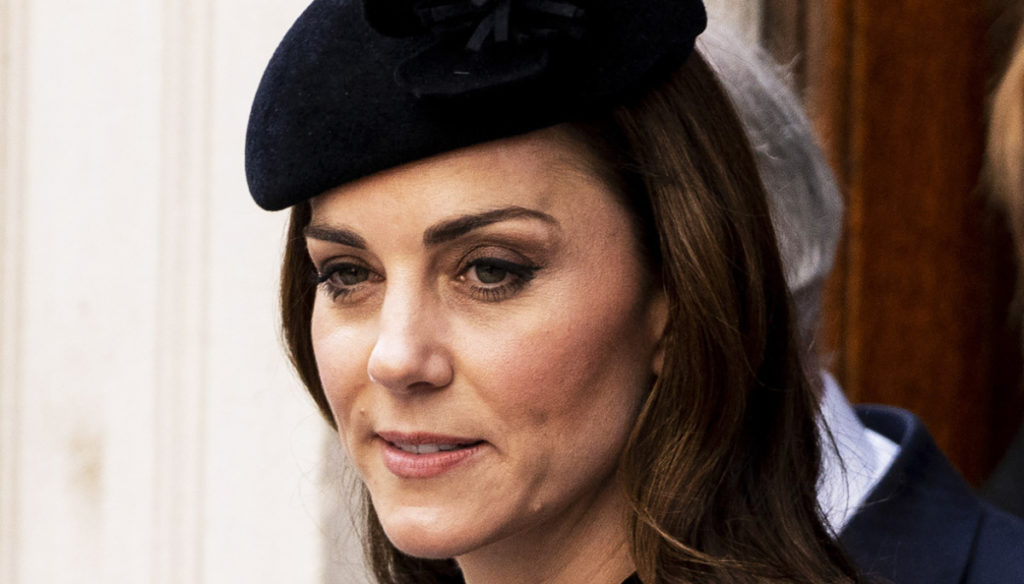 Kate Middleton is perfect with Catherine Walker's gray coat. But it hides unusual rounded shapes: is she really pregnant? 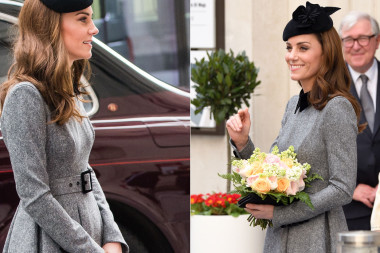 The first in gray, the second in pink: perfect and formal as the institutional occasion requires. It is evident that the Sovereign is instructing the niece acquired in the future role of Queen consort. With her, it's a whole other story than the rebellious Meghan Markle. Except that, Kate tries in every way to cover her belly, as if to hide suspicious shapes. Is she really pregnant for the fourth time?

But let's proceed with order. Lady Middleton presented herself at the inauguration of the Bush House with a coat-dress by Catherine Walker with a belt at the waist and a black collar, decidedly bon ton. The Duchess combines the new purchase (finally stopped with the recycling) to her beloved black shoes by Gianvito Rossi and a clutch by Mulberry. The outfit could not miss the hat, a sign of respect for the Monarch.

Elisabetta for her part wore a classic pink candy coat, by Stewart Parvin, with matching headdress.

Since Kate married William in 2011 she has participated in a dozen events alone with the Queen. Lady Middleton is impeccable in her role. Elisabeth follows at a safe distance, shakes hands, smiles, greets the car and sits together, without betraying emotions. Unlike Meghan, who did not stop laughing next to the Queen last summer.

Hard times for Lady Markle who was refused permission by the Queen to move to Frogmore Cottage. Not to mention that for quite a while the spotlight will fall on her, given that she is on maternity leave and for some time will not appear in public.

Even if the hypothesis that Kate is expecting the fourth child becomes more and more concrete. In fact, the Duchess of Cambridge showed a strange suspicious tummy, exalted precisely by the waist belt. Among other things, William's wife seems to strategically cover herself, when she can, just the belly: first with the clutch, then with the bouquet. But this has not stopped us from grasping the unusually rounded shapes.

Lately Lady Middleton has insisted on the desire to have the fourth child and maybe it has been realized. This would justify the good humor he showed in recent public events, such as St. Patrick's Day in Ireland and the kiss at Westminster with Meghan.

Giovanna Pirri
5259 posts
Previous Post
Second trimester of pregnancy: the exams to do
Next Post
Pausini's looks: soap and water for a sophisticated woman