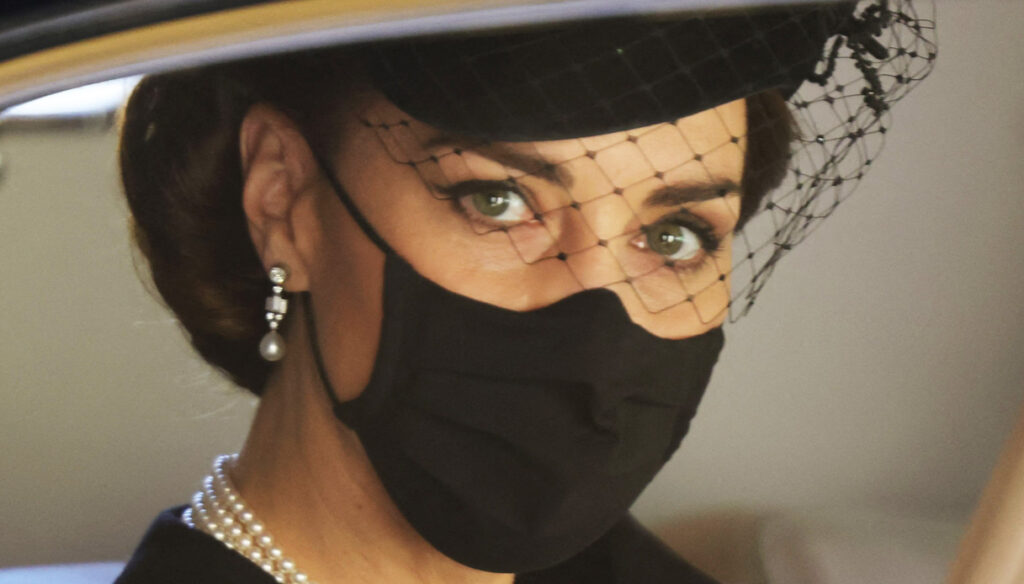 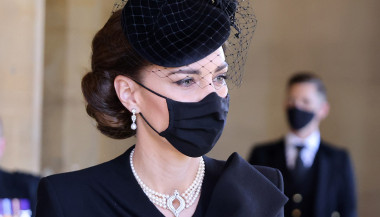 Kate Middleton was the image of grace at Philip's funeral, but the mourning look in all its details is the image of the growing power that William's wife is acquiring at Court. In addition to being the symbol of formal elegance par excellence.

According to Rachel Gold, celeb stylist, Kate Middleton's look “reflects her elegance and dedication typical of a down-to-earth person and total devotion to the Monarchy“.

The recycled dress and the bond with the Queen

The Duchess of Cambridge in choosing the outfit for the funeral of the Duke of Edinburgh, husband of Elizabeth, followed to the letter the dress code imposed directly by Her Majesty which banned the use of military uniforms and imposed black coat and tie for men and a simple black dress for women.

And so it was for Kate who decided to show up at the last farewell of her husband's grandfather with a black dress, with an asymmetrical neckline, by Roland Mouret (1,605 pounds), already worn in 2018 during the Royal British Legion Festival of Remembrance. So, to follow the dictates of sobriety, Lady Middleton opted for a recycled look, without indulging in excessive expenses for a new outfit. The Duchess then added a touch of class with Catherine Walker's coat.

Therefore, the choice of the extremely refined but sober and above all recycled dress demonstrates the line of continuity between Kate and the Queen with whom she shares a deep sense of duty and respect towards the Monarchy.

Everything in Lady Middleton's outfit reflects this special bond with Elizabeth, a relationship that perhaps more than any other woman in the Royal Family is at the same time imbued with power, respect and awareness of her roles.

Her Majesty's pearl necklace and earrings

To establish the alliance between Kate and Elizabeth, the pearl necklace that the Queen lent to her niece during the funeral of Prince Philip. As fashion expert Rochelle White pointed out: "The necklace came from the Queen's personal collection and I think this may be a subtle sign that Kate will step forward to support William and the Royals." Not surprisingly, Lady Middleton stepped in to get her husband and Harry to finally talk to each other in public, in an attempt to restore unity in the family. An attempt that seems successful, given that Harry will stay longer in London, at least until the Queen's birthday on 21 April.

The Japanese pearl necklace with diamond clasp also has a particular meaning that links the Duchess of Cambridge even more to Her Majesty. In fact, Lady Middleton also wore it on the occasion of Elizabeth and Philip's 70th wedding anniversary and it was also worn by Princess Diana in 1982.

Kate paired the precious necklace with a pair of drop earrings with diamonds and Bahraini pearls, also from Her Majesty's private collection and also worn by Diana in 1982. The earrings were made with pearls donated to the Queen and Philip by the sovereign of Bahrain on the occasion of their wedding in 1947. Again the bond with the Crown and especially with the Royal Family is very strong.

The hat with the veil

"Kate's appearance was suitable for the occasion, but also captivating. Her clothes consciously meant something, without actually saying anything ”, so Rochelle White comments on the look of the Duchess of Cambridge. And the hat is also part of this message. Lady Middleton wears a fascinator created by Philip Treacy, recycled. The hat is a typical accessory of the English style that the Duchess of Cambridge has always used in all the events in which it was required, unlike Meghan Markle who has hardly adapted to this custom. Kate enhanced the black headdress with veil by styling her hair in an elaborate crop.

Giovanna Pirri
5771 posts
Previous Post
Facial gymnastics: what it is, benefits and exercises
Next Post
Isola, what changes for the public and the eliminated on a new beach