Le Iene, Bebe Vio champion of dreams: the surprise to Francesca that makes you dream 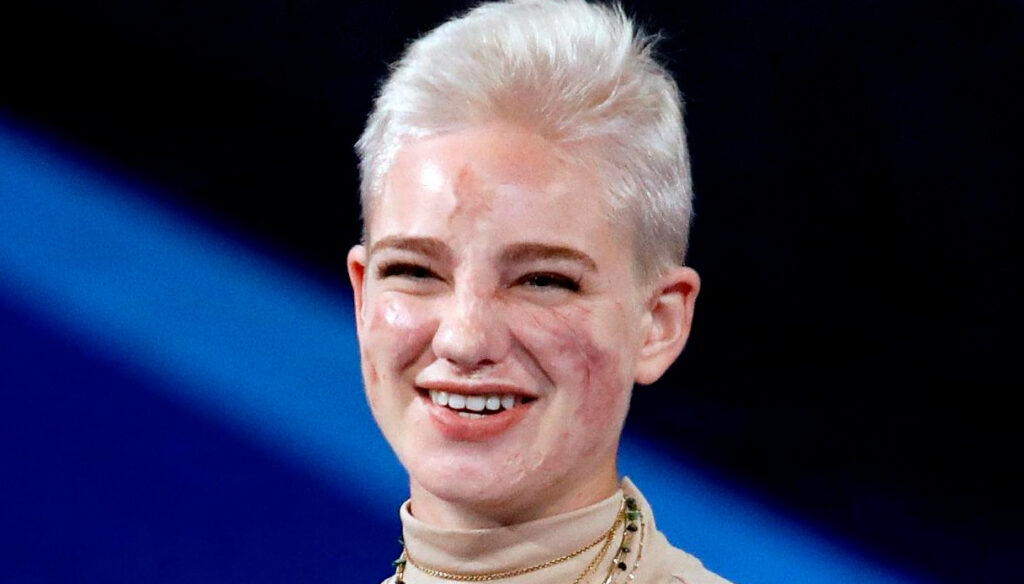 The appointment with Le Iene is renewed which, on this 19th November, reached Francesca Cesarini in Perugia – world champion of para pole dance – to tell a story that has the flavor of a great challenge, a conquest and the desire to succeed with the strength of one’s heart alone.

15 years and a title just won Virtual IPSF World Pole and Aerial Championship 2021 in the PPLD1 category, for Francesca Cesarini, who was joined by the soft-hearted hyena: Matteo Viviani.

Among the black ties, he has always been the one who – most of all – has dealt with the most complicated lives, those that emerge impetuously thanks to the desire to succeed, to live a dream. And, sometimes, thanks to the push given by that need to feel good vibrations despite the adversities to which an apparently unjust existence subjects us.

Thus, when the heart has every intention of clinging to a hope, no hands or legs are needed. Francesca Cesarini’s body responded to all impulses and brought her there, on the roof of the world, after a world championship played with great courage and desire to make it.

His victory represented a sporting achievement of great value but also the crowning of the efforts made to carry on his passion, which he has cultivated over the years in his home, where he installed a pole to train and perfect his movements.

The meeting with Bebe Vio

A dream that came true, that of Francesca Cesarini, who thanks to Le Iene was able to meet her absolute idol: Bebe Vio. The Paralympic champion met the newly elected winner Virtual IPSF World Pole and Aerial Championship 2021, with whom she shares the passion for sport and the daily physical condition that both face with extraordinary tenacity.

That Bebe Vio was a champion of fencing (and of dreams) was also confirmed by the Tokyo 2020 Olympics, but it is in the relationship with those who support her that she manages to give the best of herself.

Her interventions are never taken for granted, on the contrary, they are often aimed at giving support to those who follow her without falling into rhetoric. After all, it is an attitude that she has often reserved even for herself, without taking herself too seriously.

This particular and stubborn character of hers has even allowed her to defeat the worst. When life was ready to turn its back on her, once again, Bebe Vio reacted and won, thanks to the closeness of friends and family. Thanks to the desire to arrive, even when it all seemed impossible. Even go on living.

Francesca’s tenacity was contained all there, in that heart clasped in her hands that she slid on the pole that made her champion. And that supports all of his dreams.

Barbara Catucci
11494 posts
Previous Post
Such and such, Stefania Orlando imitates Mina. The sweet dedication to her husband
Next Post
Scenes from a wedding, Tatangelo diva d’autunno: colors to copy immediately