Le Iene, very elegant Marcuzzi. And the De Grenet joke is worth seeing 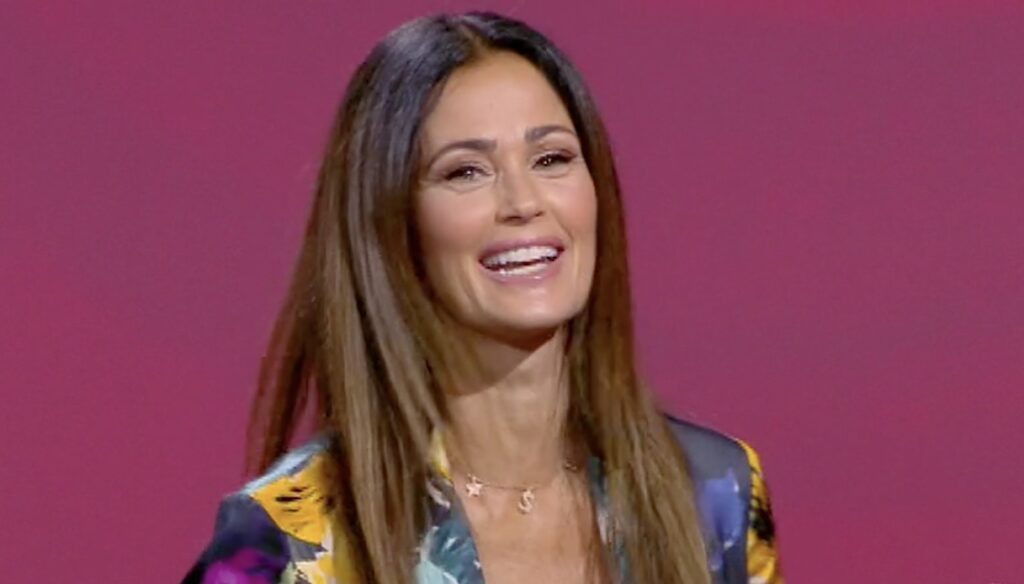 New appointment with "Le Iene": to fall into the trap of the very bad joke this time it was Samantha De Grenet

New appointment with Le Iene, one of the most loved programs by the public of Italia 1: at the helm of the episode as usual Nicola Savino and Alessia Marcuzzi, who this year celebrates twenty years at the helm of the broadcast, accompanied by the irreverent voices of Gialappa's Band.

The presenter, for this appointment, showed off a little black dress by Dolce and Gabbana, perfect for her slender body. Among very elegant laces and sensual transparencies, Marcuzzi has left her beautiful blonde hair loose; for make-up she opted for a natural look, while for her lips she opted for an intense red lipstick. Finally, to complete the amazing look, black patent leather pumps with very high heels.

Obviously, the space dedicated to the very bad jokes of the hyenas could not be missing. This time, Samantha De Grenet ended up in the crosshairs of the very bad Nicolò De Devitiis. The showgirl, fresh from the experience in the House of Big Brother Vip, was involved in a hilarious staging with the complicity of Brando, the teenage son, the fruit of love with the engineer Luca Barbato, who brought to light the whole apprehension of the showgirl. The boy made Samantha fall into the transmission trap, making her think that he had indulged in dangerous and illegal entertainment.

During the joke organized by the Hyenas, the 15-year-old made his mother believe that he had started dating a new friend, who is 25 years older than him. This is Massimiliano Minnocci, known on social media as the Brazilian, who today dispenses life advice to teenagers. Muscular and fully tattooed – even on his face – he ended up in the headlines for a clash with the police.

Samantha De Grenet discovered that, while she was inside the most spied house in Italy, her son began dating the Brazilian, ending up in a shady ride: first a fight, then driving without a license up to a tour of prostitution.

Samantha appeared visibly tried: in front of her son's admissions she saw all the certainties of an apprehensive mother collapse. The showgirl then came to the studio to comment on the joke in the studio with the conductors, admitting at the end: “I felt like crying at the end!”.