Letizia of Spain faces the rain with her boots, the look is already trendy 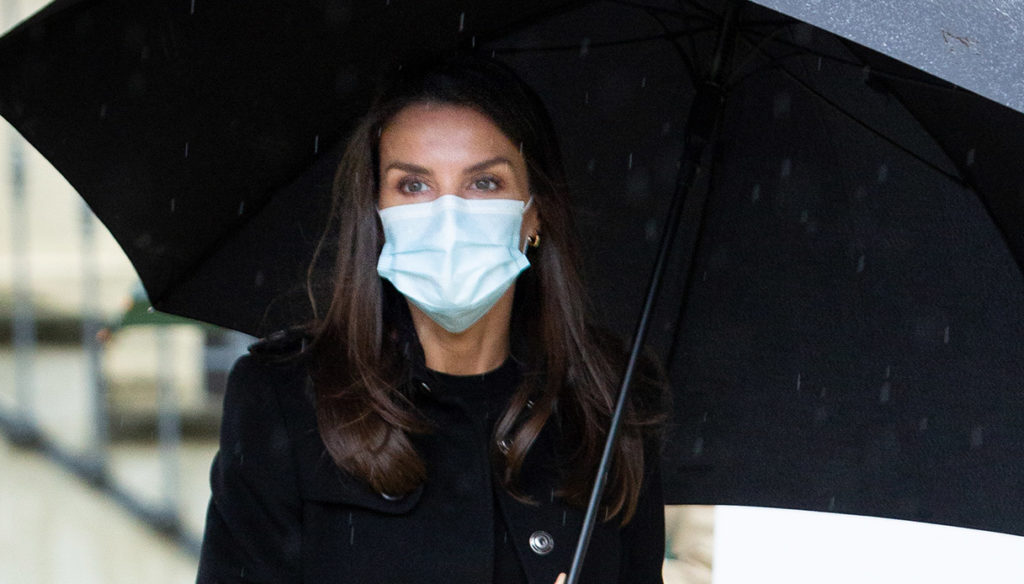 On the occasion of an official event, Letizia of Spain was not surprised by the rain wearing a perfect look 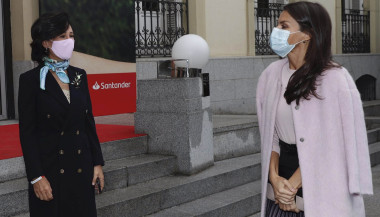 Letizia di Spagna, the pleated skirt that hides the makeup

Letizia of Spain was recently the protagonist at an official event in Madrid, the wife of Felipe of Spain arrived at FAD – the Foundation for Aid Against Drug Addiction – with a look ready to challenge the bad weather that hit the city. Letizia could not miss this appointment, as honorary president of the project.

Hidden by a large black umbrella to protect herself from the rain, Letizia has chosen for this occasion a discreet look, but with attention to every detail as we often used to, opting for gray checked trousers by Hugo Boss with a Prince of Wales print , a black sweater and a black Burberry cloth coat that the Queen often wears and has kept in her closet for several years.

However, to capture the attention are the boots that are already setting trend: to defy the rain, Letizia wore black leather ankle boots with laces and a wide heel from the Spanish brand Uterqüe, a perfect choice to face the winter and the its bad weather.

Lately, Letizia has accustomed us to practical looks without sacrificing style: archived at least for the moment, heels 12, décolletées and pastel tones, it is increasingly common to see moccasins, ballet flats and flat shoes on the feet of the Queen of Spain. She has already made us dream dressed in blue or with a beautiful pleated skirt, now Letizia gives us a perfect idea for our winter looks.

Experts say it is the first time Letizia wears ankle boots at an institutional event, however we have already seen her wearing them in one of the family outings at the Royal Theater in January 2019.

To complete the look in dark tones in perfect harmony with the current climate and season, the combination of jewelry currently preferred by the Queen: the Karen Hallam ring, from which she seems never to part, and yellow gold earrings, inspired by bamboo sticks.

In addition to her institutional commitments, the Queen is fresh with celebrations: last November 2 was the seventeenth anniversary of her engagement to Felipe VI, as well as the birthday of her mother-in-law, Queen Sofia, who blew 82 candles this year.

This latest public release is the confirmation that Letizia, even on a bad rainy day, manages to enchant with her apparently simple look, but already everything to be copied. 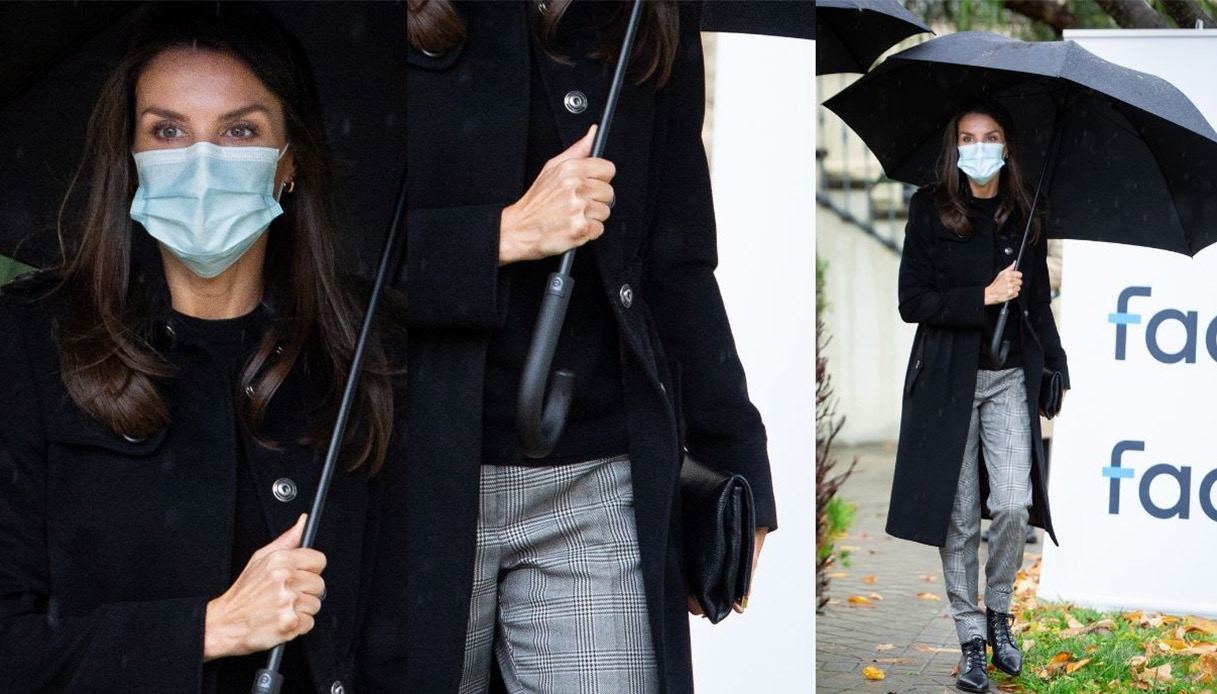 The look of Queen Letizia to face the winter rain. Source: Getty

Giovanna Pirri
4305 posts
Previous Post
Dancing, Elisa Isoardi and Todaro do not stop and prepare for the great return
Next Post
GF Vip, Pierpaolo Pretelli has an illness: his condition