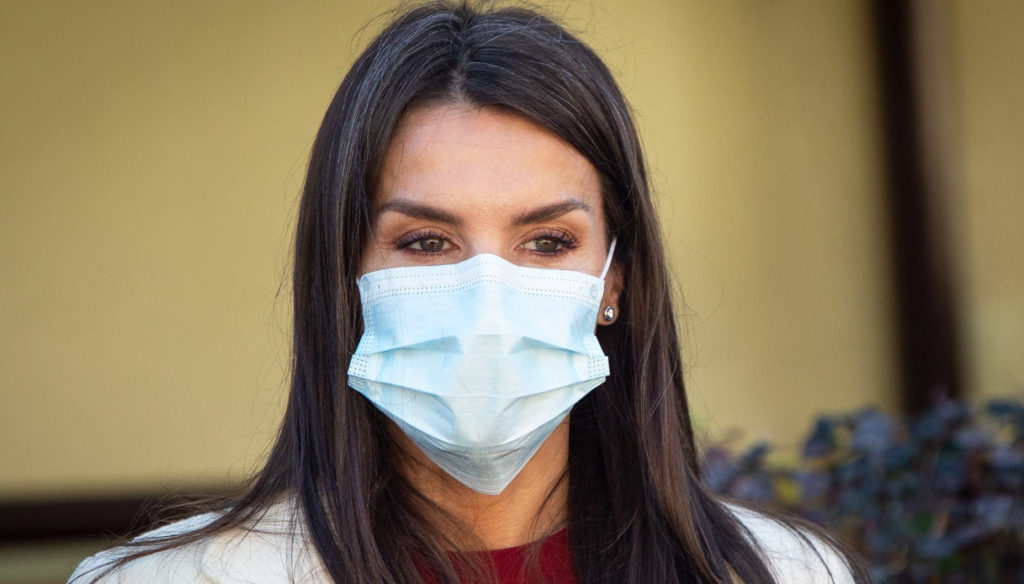 Letizia of Spain begins her weekly commitments by showing off her more British look, clearly inspired by Lady Diana and Kate Middleton. And also this time, it leaves you breathless, although it is the most classic of daytime outfits.

The occasion is the working meeting that was held at the headquarters of the Royal Board on Disability. Letizia is a style master in composing working girl looks. Her trouser suits have now become an institution and even the Duchess of Cambridge, so attentive to the court dress code that forbids this type of clothing to women of the Royal Family, succumbed to its charm.

Letizia, however, for the appointment in the heart of the Spanish capital adopts another gender, much more feminine. Once again, the Sovereign recycles one of the highlights of her wardrobe. In fact, it is no longer the time to go shopping and think about frivolities. Therefore, Felipe's wife prefers to reuse items that she already has in the wardrobe. And the result is perfect.

Letizia's look is built around the houndstooth skirt, a much-loved motif by English crowned heads, especially by Kate Middleton and Lady Diana, the first who actually made this fabric a sartorial trend, a must-have also this autumn. . Unforgettable is his Moschino suit that I use three times, when recycling was not yet in fashion, in 1990 in Sandringham, in 1991 in Canada, and in 1992 during a visit to the National Hospital for Neurology and Neurosurgery in London. In 2018, on a state trip to Sweden and Norway, Kate proposed a similar outfit by Catherine Walker.

Well, Letizia's skirt, signed Hugo Boss, is completely identical to Diana's sheath dress. A black and white houndstooth, knee-length, because it is two years since the Queen removed the mini from the wardrobe, which she combines with a tight-fitting burgundy jersey sweater, also by Hugo Boss, her brand preferred especially for daytime looks.

Letizia completes the outfit with a chain shoulder bag by Reliquiae, a décolletée in shaded red patent leather, signed Lodi. While to protect yourself from the cold, she wears a cream-colored coat from the Varela brand on her shoulders.

Felipe's wife is sporting one of the most refined and feminine looks of this fall. Although as we have pointed out it is not original. The houndstooth sheath dress in fact debuted in February 2019, then Letizia wore it with a short-sleeved bodysuit in identical fabric to create the false effect of a one-piece dress. 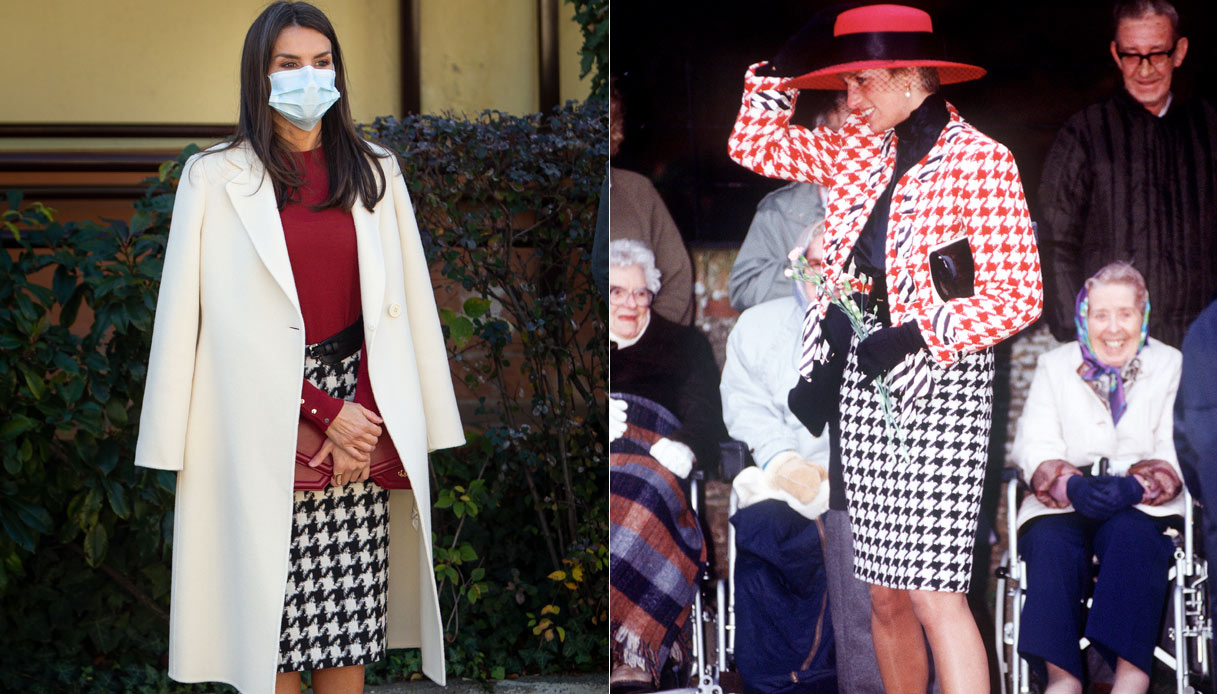 Giovanna Pirri
6240 posts
Previous Post
Cristina Marino, after the anger for Nina shows the new side of Luca Argentero
Next Post
Samantha De Grenet, 50 years in the family: "A birthday I will remember"
You must be logged in to post a comment.
Menu