Letizia of Spain, the oversized and dull look is not convincing 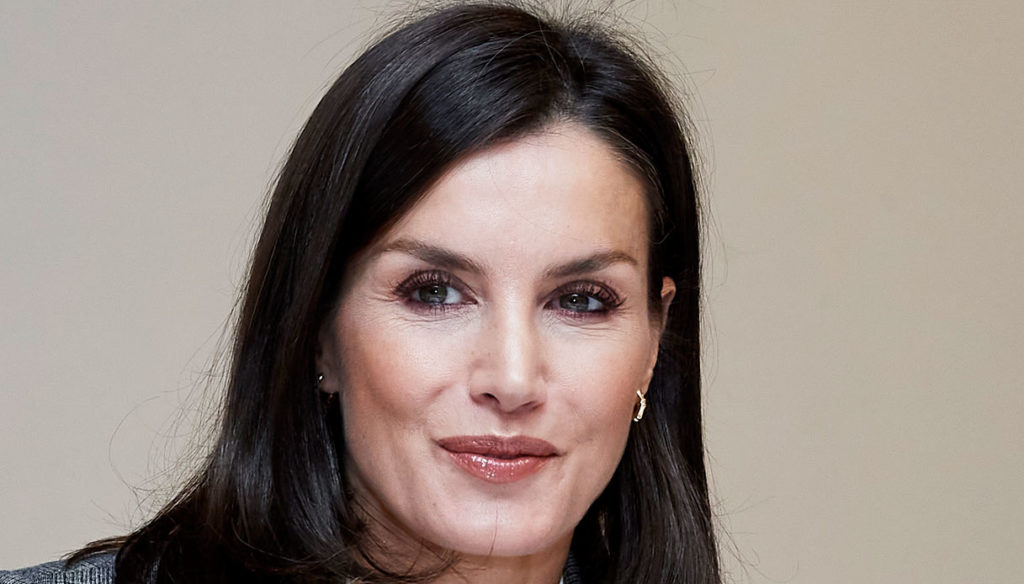 Letizia of Spain does not convince with the oversized look with dull colors, more gray than the gloomy winter days. The Queen resumes her agenda, the first appointment of the week is the meeting with the strategic council of the project called "Woman and Engineering" which was held at the Real Academia de Ingeniería.

Her Majesty promotes the entry of women in sectors that see a predominantly male participation, such as technology and engineering. Letizia showed up at the meeting with one of her trouser suits, obviously recycled like most of the outfits she wore from September to today.

It is a suit with a masculine cut, perhaps chosen for the issue it was going to deal with, in gray Prince of Wales, with a loose cut: maxi jacket and wide trousers, long down to the ankles. The suit is by Hugo Boss, one of Letizia's favorite designers. The first time she wore it was in January 2020. Back then, however, she had skilfully combined it with a white shirt and stiletto heel shoes.

The Queen has confessed that she is very fond of suits which she finds perfect for business appointments of this type. In fact, she has several in her wardrobe, but this one stands out from the others with its oversized cut and palazzo pants.

Letizia, however, completely misses the combinations, in terms of color and shape. Under the gray suit she wears a beige crewneck t-shirt, two decidedly dull shades that combine to blend in with each other. To further flatten the look we think the camel-colored coat, by Varela, which the Queen wears over the shoulders as her custom. It is a classic overcoat which, however, overall contributes to making the outfit anonymous, completed by a pair of black ankle boots with a wide heel, also by Hugo Boss.

A set therefore far from the standards that Letizia has accustomed us to. Just think of the gorgeous, albeit minimal, tight-fitting dress by Cos she wore a few days ago, or the fiery red suit seen last fall.

In this general flattening, there is no accessory that can revive the look. Neither the jewels reduced to small hoop earrings in now and the usual ring by Karen Hallam, a gift from her daughters, Leonor and Sofia, nor the hairstyle, a shabby ponytail, nor the bag that she didn't bring with her. 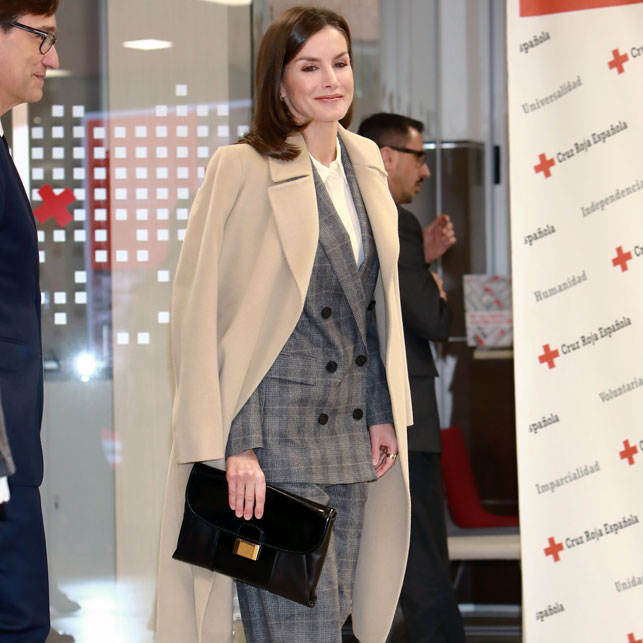 Letizia of Spain in January 2020

Giovanna Pirri
4624 posts
Previous Post
Zona Bianca, who can enter and the rules
Next Post
Elizabeth Hurley: topless in the snow at 55. It is controversy on TV