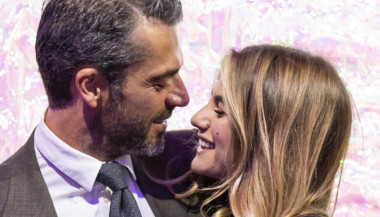 Frecciatine at a distance between Beppe Fiorello and Luca Argentero, protagonists of two successful fictions by Rai, respectively The devil's clocks and Doc – In your hands. After the enormous success of the Argentero series, Fiorello also achieved excellent ratings, confirming himself among the kings of fiction. At the end of the first episodes of the show, the actor shared an article that appeared in Repubblica on Twitter.

Beppe underlined some phrases from Stefano Balassone's column. "The reception of the Rai1 public – we read -, despite the absence of hospitals, doctors, nurses and ward stories, is good at the start. It can become more conspicuous if viewers are able to grab the key to the emotion for a product that mixes the motives of adventure and family feeling ". Words that Argentero did not like who wrote: "What a strange tweet". Shortly after Fiorello made it known that he was not angry with anyone in particular and that he had expressed a general thought. "But how? – replied Luca -. Are there any other series on the air with doctors and nurses? Or is it underlined in red by pure chance? ".

The Devil's Clocks tells the story of Gianfranco Franciosi, known as Gianni, a naval mechanic from Bocca di Magra, in Liguria. One day in his workshop he receives a strange visit: some customers offer him an advance of fifty thousand euros in cash to create a very fast dinghy, with a double bottom, radar and GPS. Gianni reports everything to the police and agrees to work with them to understand what is happening. From that moment his life will change and he will find himself working as an undercover agent. A real nightmare in which he will be forced to transport huge quantities of drugs, deal with narcos and report everything to the police. The title refers to the Rolexes that Gianni received from the boss at the end of each mission.

Luca Argentero's fiction, Doc – In your hands, also tells a true story. That of Pierdante Piccioni (in the fiction Andrea Fanti), head physician of the Lodi hospital who long ago lost his memory after an accident. When he woke up from the coma, the doctor's memories had stopped 12 years earlier, from that moment a process of rebirth and reconstruction of the present began for him.