Manifesto in Rome: "Abortion is the first cause of femicide". The reactions 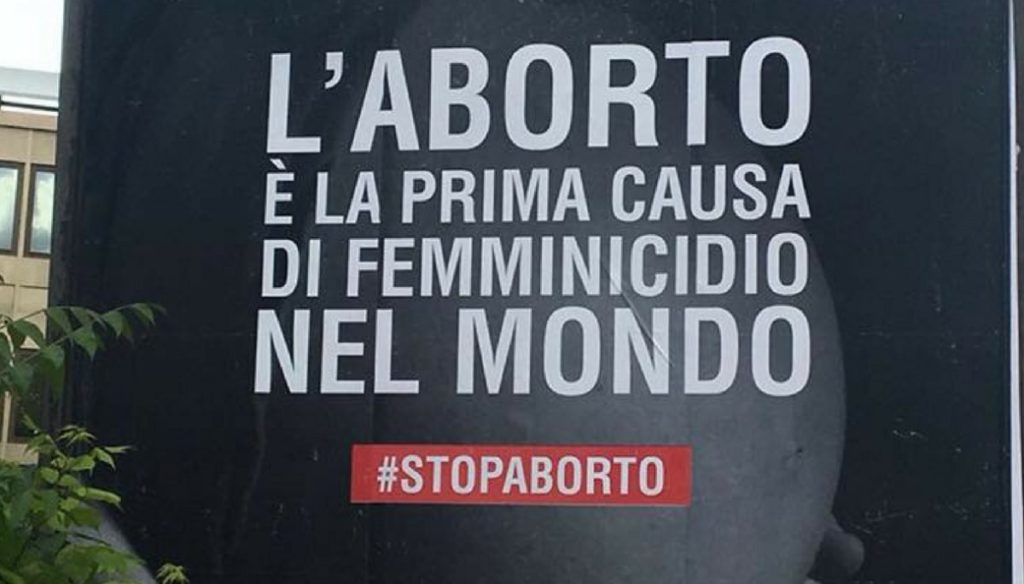 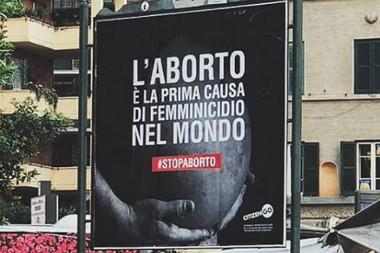 "Abortion is the first cause of femicide," reads a manifesto that appeared in Rome that sparked heated debate and many protests.

The billboard, which appeared in Via Salaria, in the Capital, is the work of the CitizenGo foundation and is part of a campaign entitled #stopaborto which envisages the posting of various similar posters throughout Italy and which will culminate with the so-called "March for life ". The manifesto immediately sparked a wave of protests. The first reaction came from the Rebel Network, the feminist network that fights for women's rights, which officially asked the mayor Virginia Raggi, to have the billboard removed and launched on social networks, tells of signatures against the anti-abortion campaign .

"We ask Virginia Raggi to intervene immediately to remove this shameful manifesto – a statement published on the Facebook page of the feminist movement -, posted in Via Salaria in Rome by one of the groups in our opinion pro-hate and against the freedom of women choice -. We ask all the associations and all the people who intend to support our actions in support of Law 194 and women's freedom (this included), to subscribe to this post with their name and surname. We need to be united and united against this disinformation and hate campaign. Today more than ever".

Telephone Rosa also intervened on the issue, which has always fought against violence against women and recently had sharply commented on the furious dispute between Baye Dame and Aida Nizar at the GF15. Through the President, Gabriella Moscatelli, the association explained on Twitter that the billboard "is a message unworthy and detrimental to women's freedom and also exploits the word femicide which has a very different meaning. It should be removed ".

"In recent years institutions have increasingly denounced the phenomenon of feminicides and violence against women – the CitizenGo association defended itself -, but we forget to say that the first cause of death for millions of girls, as well as of children, in the world is abortion, which also causes very serious psychological and physical consequences for women who practice it ”.

Federconsumatori also joined the wave of protests. "It is alarming to note the serious barbarization of the message transmitted – explained the President, Emilio Viafora -. This is a real disinformation campaign, which seriously harms the rights won by women in terms of freedom of choice over their lives and their health ”. 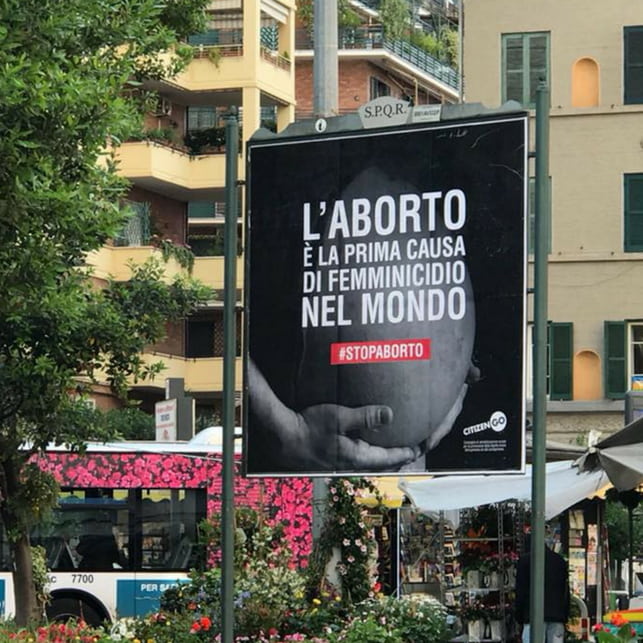 Lorenzo Gavazzi
2456 posts
Previous Post
How to slim your thighs, from feeding to treatments
Next Post
The Baltic amber necklace for teething: discover it